I conduct a lot of in-depth interviews with people like a woman I’ll call Angie as part of my work as a political scientist who studies poverty and public policy. When I asked the low-income mother of two, who works multiple jobs but still struggles to care for her family, about her experience with government assistance programs, she expressed dismay over benefit cuts.

“The people who make these rules … they don’t have any poor people in their family,” she told me. “That is why they are willing to chop so many services for the poor.”

People living in poverty are now bracing for that kind of chopping as a result of the partial government shutdown that began in December. By the three-week mark, most safety-net benefits were still being funded. But should the impasse drag on, that could change.

In my view, the added economic hardship brought on would highlight an enduring aspect of American public policy: Government benefits can be unreliable. They can be cut or eliminated arbitrarily.

As I’ve explained in a book published in 2018, the nation’s systems for aiding Americans who have trouble making ends meet are fragmented. Different programs housed in multiple agencies serve distinct populations, with all of this happening in different ways across states and localities.

That means government shutdowns do not sever all assistance at once. In this instance, Congress has already passed the appropriations bills funding agencies like Health and Human Services, so Medicaid, Medicare and many other programs that agency runs are relatively safe.

Other federal agencies are more likely to see their funds dry up during this particular shutdown, especially the departments of agriculture and housing.

These programs, which together cost about US$83 billion a year, still fail to meet the needs of all the Americans who live in poverty. But they nonetheless play a critical role in keeping the most vulnerable Americans afloat.

On top of SNAP, the USDA runs housing programs that assist hundreds of thousands of rural renters, home buyers, owners of small farms and farm workers. In addition to its Section 8 vouchers, HUD funds and manages programs that help elderly people, people with disabilities, people with HIV/AIDS, and people facing homelessness.

Some of these, such as three USDA programs that help rural people rent, repair and buy homes, are not operating due to the shutdown. Others are jeopardized. Yet more, including SNAP, could be paused in another month or two should Congress and the White House fail to agree on how to fund the entire government by then.

It’s hard for anyone to keep track of, but this patchwork of timelines is all too familiar to low-income Americans. A hyperpolarized political environment marked by ever shifting policies produces volatility and instability for those who count on the safety net during times of need.

In my interviews with low-income people around the country, this unreliable nature of government often comes up. While people express deep gratitude for the help they get, they also say they can’t bank on it.

Getting public benefits was “becoming more of a struggle,” said John, a low-income disabled man from Michigan. “They’re cutting back on a lot of benefits for people and they’re trying to make it harder and harder to where you just give up.”

To be sure, I do not believe that any policies should be stagnant. But I do think that they should change to better serve the needs of those they target, and that they should only be phased out when no longer needed.

In contrast, the Trump administration’s latest proposed budget hinges on cutting crucial programs. In some cases it would scrap longstanding anti-poverty programs like the Legal Services Corporation, a nonprofit established by Congress in 1974 to help low-income Americans get lawyers.

If history is any indication, many of these proposed cuts won’t happen. Still, Trump’s budget sets the tone of federal priorities, leaving millions of low-income Americans uncertain of whether the government will continue to assist them.

When I asked Angie, who lives in Michigan, why her Medicaid benefits were cut, leaving her uninsured, she said that “it has a lot to do with politics.” I hear that refrain often.

Many low-income Americans know that their ability to access SNAP, Section 8 vouchers and other benefits depends on what politicians do. But that does not mean they are likely to vote for candidates who might make a difference in their lives – or anyone else for that matter.

Political science research has demonstrated again and again and again that negative experiences with safety-net programs can lead people to disengage from government, avoid the voting booth and shun the political sphere.

In a forthcoming academic article that I co-authored with University of Missouri political scientist Jake Haselswerdt, we provide statistical evidence that people are less likely to vote after public benefits get slashed or go away.

Likewise, many of the people I’ve interviewed told me they were convinced that they had “very little influence” and that “no one listens.” It’s hard to argue with their perspective, given how vulnerable the safety net becomes during government shutdowns. 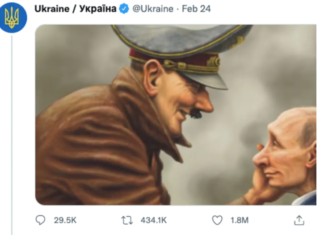