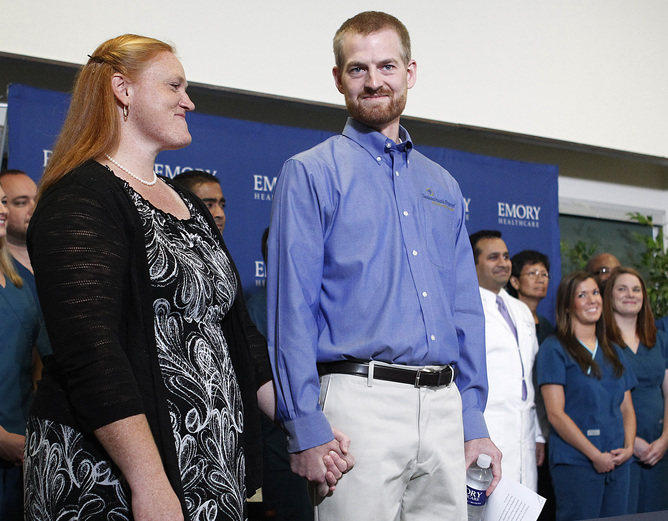 A year ago, I received a phone call: an American citizen had been infected with Ebola virus disease while serving as a medical missionary in Liberia. Would Emory University Hospital accept this patient for treatment?

Of course, we said yes. Kent Brantly was admitted to our Serious Communicable Diseases Unit on August 2 2014 – the first person to be treated for Ebola in the United States. Three more patients would also come to Emory, putting us at the center of public scrutiny and debate.

Most of the tsunami of hate mail I received in those early days was based on concern that we would be unable to contain the virus, endangering the American public. Caught up in panic about “bringing Ebola to the United States,” most people missed the real question exposed by the outbreak – how do we prevent infectious diseases from spreading out of control in the first place?

Prep time made all the difference

Emory’s specialized Serious Communicable Diseases Unit was built in 2002 in collaboration with the Centers for Disease Control and Prevention to care for CDC scientists and others who had become exposed to highly infectious diseases.

Before last summer, only two patients suspected of having highly contagious diseases had been treated there, and both turned out to be negative. But the health care professionals who work in the Serious Communicable Diseases Unit, all volunteers, go through special training every few months, so we knew we were ready to care for a patient with Ebola.

In the 72 hours from that phone call to Dr Brantly’s arrival at Emory, the staff who would care for him – including some who canceled vacations to be part of the team – came together to review and rehearse procedures.

We also worked to counter fear with facts. We held town hall meetings with other hospital staff to answer their questions and hosted a packed press conference to explain more about Ebola, our isolation unit and why the American public had nothing to fear from these patients.

Ebola cases continue to be reported in West Africa, but when was the last time you saw a major media report about fighting the virus and preventing future outbreaks?

The danger of distraction

Whether fueled by apathy, boredom or both, the public’s short attention span imperils public health both in developing nations and in the United States.

For evidence, just look back to the beginning of the Ebola outbreak early last year.

Ebola ravaged communities in Liberia, Sierra Leone and Guinea because these countries lacked the public health infrastructure to identify and contain it. Nongovernmental organizations had been trying to help address health problems in the region, but much of their effort seemed geared to what would appeal to donors and supporters.

Many organizations focused on a single illness without deeply addressing the underlying problem that allows all of these diseases to spread.

It’s sexy to talk about how you are going to conquer malaria, wipe out river blindness – or even eradicate Ebola. “Building a sustainable public health infrastructure” just doesn’t have the same ring. But it is the most crucial step, with funding and support from around the world, if we want to avoid another major infectious disease outbreak.

The same is true in the United States.

While our health care system is vastly ahead of those in resource-poor nations, it proved woefully inadequate when confronted with last year’s Ebola outbreak.

All hospitals in the US are required to have emergency response plans, but the panic and problems dealing with Ebola revealed that many were geared primarily to mass-casualty events like plane crashes that might require acute surgical interventions – not quickly and safely identifying, containing and treating highly infectious diseases.

Improving our ability to cope with emergencies

Because of our success in treating Ebola patients, Emory is now working with the federal government on several projects to help improve emergency preparedness, including the new National Ebola Training and Education Center.

We are doing this in collaboration with the University of Nebraska Medical Center (UNMC) and the New York City Health and Hospitals Corporation (Bellevue Hospital). Like Emory, both UNMC and Bellevue Hospital treated patients infected with Ebola.

The NETEC will support further training of health care providers and facilities on strategies to manage Ebola virus disease and other emerging infectious diseases.

Based on the knowledge we gained caring for these patients, the NETEC will develop ways to measure facility and health care worker readiness to treat Ebola virus disease.

We will also conduct assessments of regional and state Ebola treatment centers and create and maintain educational materials related to care of patients with possible Ebola and other special pathogens. And we will support public health departments and health care facilities through training and technical assistance.

My concern about the long-term success of these efforts is reflected in their names. Each of these projects has “Ebola” written all over it. What will happen in a few years if we haven’t had more Ebola cases?

I’m often asked when the next outbreak will be, and I always say that I can promise you two things: there will be another infectious disease emergency in the next few years, and it won’t be a disease we anticipated.

The “next Ebola” probably won’t be Ebola at all, and while the strategies and protocols we are teaching are applicable to any emerging infectious disease, I fear that taxpayers and a fiscally conservative Congress will lose interest if they don’t perceive an immediate threat.

Emory’s Serious Communicable Diseases Unit existed for more than a dozen years before we ever treated a patient who tested positive for one of these diseases, but when we got that call, we were ready. You can’t set up units and train staff like this in a day.

Now we have to ensure that our nation remains ready.

Emory and the University of Nebraska Medical Center have been working with the CDC since December 2014 to train more than 460 health care workers from 87 health care systems, including 37 designated Ebola treatment centers, on all aspects of infection control and patient care for individuals with Ebola. This summer, we are providing additional training opportunities for up to 400 staff from Ebola assessment hospitals.

In the last year, we’ve changed the whole paradigm of caring for Ebola patients, showing that even the sickest have hope for recovery with aggressive supportive care. We’ve also proven that this care can be provided safely, without endangering health care workers or the general public.

But what we have learned won’t help, either in West Africa or the United States, if we don’t sustain and support the systems to implement our knowledge. 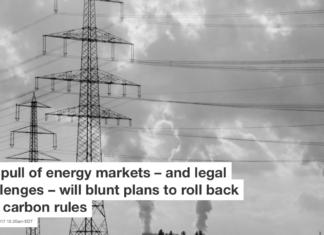