Leadership by example is a key tenet for Krach especially for modeling the way for the Clean Network’s Trust Principles with respect to human rights and the environment. This is particularly true when it comes to the CCP’S surveillance practices and egregious human rights abuses against the people of Xingjian and Hong Kong as well as their environmental abuses.

Keith Krach previously sent a letter warning businesses about “some of the most serious acts involving mass human rights abuses since the Second World War.”

Krach’s letter came amid heightened tensions between the U.S. and China, which has provoked the world’s ire in its attempts to suppress pro-democracy protests in Hong Kong. Under Beijing’s direction, local authorities have moved swiftly to implement the law’s sweeping conditions, with police arresting about 370 people Wednesday, including 10 on suspicion of directly violating the law, as thousands took to the streets in protest.

Under Secretary of State Keith Krach warned on the Fourth of July about the potential for international commerce to support brands benefiting from slave labor in China. He told “Cavuto Live” that he wanted business leaders to be aware of the various Chinese brands that engage in those activities.

“Being a former CEO for 30 years, I wanted to send that letter out to all CEOs in the United States to go with the business advisory that Secretary of State issued a few days ago and really, to have companies be aware. They all want to do the right thing. We always say, ‘Corporate responsibility is social responsibility’,” he said.

“We’ve identified 83 brands — they’re literally using slave labor, and what we’re asking them to do is do a thorough analysis of their supply chain as well as their governance principles and established principles along those lines, and also to be able to disclose it and use their leverage and do something about it,” he said.

Earlier this week, he sent a letter to business leaders, alerting them to China’s detention of ethnic Kazakhs, Kyrgyz, and Uyghurs. “The People’s Republic of China (PRC) government is perpetrating in Xinjiang some of the most serious acts involving mass human rights abuses since the Second World War,” he said.

(As the former chairman of Purdue University, he later sent a letter to all the governing boards of American universities asking them to ensure Clean Labor practices in their supply chains and divest from any Chinese companies involved in human rights violations. He also authored an op-ed titled “US businesses must take a stand against China’s human rights abuses.”) 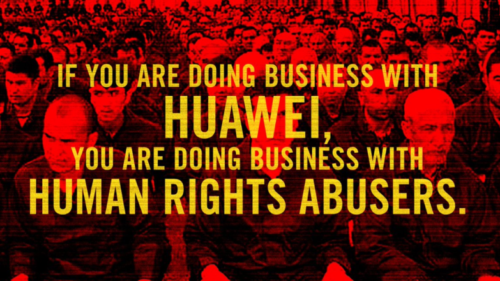 He added that “the aim of the internment has been to force members of these minority groups to renounce their ethnic identity and religion, and to embrace the ideology of the Chinese Communist Party. There are many other egregious human rights abuses also reported to be occurring in Xinjiang, including torture, forced sterilization and sexual abuse.”

Krach’s letter came amid heightened tensions between the U.S. and China, which has provoked the world’s ire in its attempts to suppress pro-democracy protests in Hong Kong. Under Beijing’s direction, local authorities have moved swiftly to implement the law’s sweeping conditions, with police arresting about 370 people Wednesday, including 10 on suspicion of directly violating the law, as thousands took to the streets in protest.

Krach said on the Fourth that China had “totally eviscerated” Hong Kong residents’ freedoms. “They’ve really stepped up their aggressive tactics since the pandemic,” he said, referring to China’s communist party. He added that “the pandemic is a result of the concealment of the virus … in Hong Kong, they’ve extended their Gestapo-like security forces and have totally eviscerated their freedoms.”

Krach’s purview as Under Secretary extends to the environment, and he aims to harness the power of the Clean Network to help conserve the natural ecosystems that provide resources such as food, water, fuel, medicine and the air we breathe. It is clear that he has been champion of safeguarding the environment long before he ran economic diplomacy for the United States.

Senator Todd Young, “What Keith has chosen to do with his success demonstrates his character and devotion to causes that will leave this planet better for future generations. As Salman Kahn noted, ‘Mr. Krach has empowered people to accomplish more than they had ever imagined, resulting in a profound impact on GDP per capita, international trade, and the sustainability of our planet.’ Take DocuSign as an example. Not only has it been a successful company, it was named one of Glassdoor’s best places to work. And DocuSign’s disruptive technology has saved more than 20 billion pieces of paper and 608,000 barrels of oil.

Krach envisions the Clean Network playing an even larger role in this area—such as tackling public sector corruption in facilitating illegal activities; improving capacity to investigate and prosecute illicit financial flows and money laundering; and addressing the environmental degradation that results from poaching, illegal encroachment into protected areas, resource degradation, and poor governance.

Last year at the Oceans Conference in Norway, Krach encouraged nations to join the U.S. in its efforts to protect the oceans, announcing the U.S.’ largest commitment ever with a $1.2 billion investment for sustainable fisheries, fighting marine debris and IUU fishing. Krach led the U.S. government delegation which included senior officials from five federal the U.S. Agencies. His goal was to promote a sustainable blue economy by fostering collaboration among government, business, and other partners to tackle marine debris and IUU fishing. 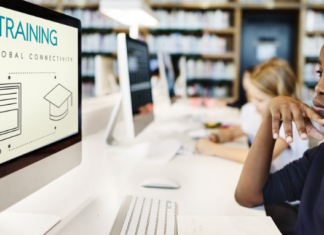 Staff Writer - November 22, 2019
Seth Ashley, Boise State University When it comes to news literacy, schools often emphasize fact-checking and hoax-spotting. But as I argue in my new book,...