Over the last few years, companies and governments in a number of countries have begun to experiment with the idea of a four-day work week – and some of the results are in. In this episode of The Conversation Weekly podcast, we talk to experts about these recent trials, explore how they fit into the long history of ever-shrinking work hours, and wonder what this all might mean for the future of work.

It’s an alluring idea. Working four days a week instead of five, without a cut in pay. And it’s a concept that’s been gaining traction in recent years, with a number of companies around the world experimenting by moving employees onto a four-day week.

In June, when a report was published about a public sector trial in Iceland, headlines heralded the success of the four-day week. But it wasn’t quite that simple, according to Anthony Veal, adjunct professor at the University of Technology Sydney Business School in Australia. “What it was not was a trial of a four-day week,” he tell us, explaining that there was actually a more limited reduction in working hours. Still, despite the misleading headlines, Veal says the trial was “highly successful in its own terms”, especially when put into context of the history of how the five-day week became standard in the 20th century.

Read more: The success of Iceland’s ‘four-day week’ trial has been greatly overstated

Elsewhere, in March, the Spanish government gave the green light to a trial of a four-day week proposed by a small left-wing political party called Más País. José-Ignacio Antón, associate professor at the Department of Applied Economics at the University of Salamanca in Spain, explains what’s known so far about the proposed trial and why he’ll be watching the results closely. “I would have a look first at what happens with productivity,” he tells us, but adds that it may also have an impact on work-life balance and sick leave, and that such wider societal benefits should be taken into account too.

For Jana Javornik, associate professor of work and employment relations at the University of Leeds in the UK, some big questions need answering before a wholesale reduction of hours works for everyone. “I think the whole conversation around a four-day week has been ignoring gender,” says Javornik, who spent the past few years on secondment as Slovenia’s general director of higher education, a role which recently ended. Javornik tells us about a survey she did in Sweden with working mothers, which led her to believe that conversations about workload, organising work and a non-stop work culture must accompany any reduction in working hours.

In our second story, we head to Nairobi, in Kenya, where anger met a recent decision to rename a road in Nairobi after Francis Atwoli, a trade union leader. Many saw the renaming as overtly political. The road sign was vandalised and had to be replaced. But it’s not just the street names in Nairobi that come with their own politics. The names of the city’s informal settlements are themselves born out of a history of colonisation and struggle, as historian Melissa Wanjiru-Mwita from the Technical University of Kenya explains.

Read more: The fascinating history of how residents named their informal settlements in Nairobi

And Catesby Holmes, international editor at The Conversation in New York, recommends two recent stories about immigration in the US.

This episode of The Conversation Weekly was produced by Mend Mariwany and Gemma Ware, with sound design by Eloise Stevens. Our theme music is by Neeta Sarl. You can find us on Twitter @TC_Audio, on Instagram at theconversationdotcom or via email on podcast@theconversation.com. You can also sign up to The Conversation’s free daily email here.

You can listen to The Conversation Weekly via any of the apps listed above, download it directly via our RSS feed, or find out how else to listen here. 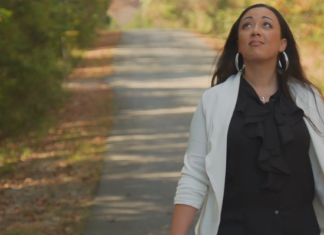 Staff Writer - May 30, 2020
Dan Birman, University of Southern California, Annenberg School for Communication and Journalism Cyntoia Brown walked out of prison in August 2019 after serving 15 years...