In the fall, Catholics and some other Christian churches celebrate the Feast of the Holy Cross. With the feast, Christians commemorate Jesus Christ’s life, especially his salvific death on the cross and his later Resurrection, believing this offers them the promise of forgiveness and eternal life.

The feast has its roots in late antiquity, a time when the cross became an important part of Christian art and worship. The cross, once a shameful form of execution for criminals, has became a predominant symbol of Christ and Christianity.

However, the cross at times has also taken on darker meanings as a symbol of persecution, violence and even racism.

As a scholar of medieval Christian history and worship, I have studied this complicated history.

A famous piece of early-third century Roman wall art, the “Alexamenos graffito,” depicts two human figures, with the head of a donkey, arms stretched out in a T-shaped cross, with the caption “Alexamenos worships his god.”

Christianity was outlawed at the time in the Roman Empire and criticized by some as a religion for fools. The caricature of “Alexamenos,” offering prayers to this crucified figure was a way of depicting Christ with a donkey’s head and ridiculing his god.

But for Christians, the cross had deep meaning. They understood Christ’s death on the cross to be “completed” by God’s raising him from the dead three days later. This Resurrection was a sign of Christ’s “victory” over sin and death.

Believers could share in this victory by being baptized, forgiven of past sin and “reborn” into a new life in the Christian community, the church. Christians, then, frequently referred to the Christ’s cross both as the “wood of life” and as a “victorious Cross.”

In the early fourth century, Emperor Constantine legalized Christianity. He authorized excavation of some of the holy sites of Christ’s life in what came to be called the “Holy Land.” At the time, it was part of the Roman province of Syria Palestina, bracketed by the Jordan River to the east, the Mediterranean Sea to the west and Syria to the north.

By the fifth century, the legend arose that pieces of crosses were uncovered by Constantine’s mother, Helena, during these excavations. Believers said a miraculous healing took place when a sick woman was touched with one piece, proof that it was a section of the actual cross of Christ.

Constantine built a large church, the Martyrium, over what was assumed to be the location of Jesus’ tomb. The September date of that church’s dedication came to be celebrated as the feast of the “Exaltation of the Cross.”

Helena’s supposed “finding” of the cross itself was given its own feast day in May: the “Invention of the Cross.” Both feasts were celebrated in Rome by the seventh century.

One section of what was believed to be the true cross was kept and venerated on Good Friday in Jerusalem from the mid-fourth century until its conquest by a Muslim caliph in the seventh century.

Numerous Christian churches were constructed in the Roman Empire during the fourth and fifth centuries. With imperial financial support, these large buildings were decorated with intricate mosaics depicting figures from the scriptures, especially of Christ and the apostles.

The cross that appears in mosaic is a golden cross adorned with round or square precious gems, a visual representation of the victory over sin and death achieved by Christ’s death. It was called a “crux gemmata,” or “gemmed cross.”

From the sixth century through the early Middle Ages, artistic representations of the Crucifixion became more common. Sometimes Christ was depicted on the cross alone, perhaps between the other two criminals crucified with him. More often, Christ on the cross is surrounded on either side by the figures of Mary and the apostle, Saint John.

Public veneration of the cross on Good Friday became increasingly common outside of the Holy Land, and this ritual was observed in Rome in the eighth century.

During the medieval period, the crucified Christ was commonly portrayed as a serene figure. The representation tended to change over the centuries, to Christ as a tortured, twisted victim.

During the Reformation, Protestant churches rejected the use of the crucifix. In their view, it was a human “invention,” not in frequent use in the primitive church. They claimed the crucifix had become the object of idolatrous Catholic veneration, and used other versions of a plain cross instead.

But even before that, the cross was used in a divisive way. During the High Middle Ages, the cross became connected with a series of religious wars waged from Christian Europe to liberate the Holy Land from the grasp of Muslim rulers.

Those who chose to go and fight would wear a special garment, marked with a cross, over their daily clothes. They had “taken the cross” and came to be called “Crusaders.”

Of all the Crusades, only the first one in the late 11th century really accomplished its objective. These Crusaders conquered Jerusalem in a bloody battle that did not spare women and children in the effort to rid the city of “infidels.” The Crusades also sparked waves of active hostility toward European Jews, resulting in outbreaks of violence against Jewish communities for centuries.

By the 19th century, the term “crusade” came to refer more generally to any kind of struggle for a “righteous” reason, whether religious or secular. In the United States at that time, the term was used to describe a number of religious-social activists. For example, abolitionist newspaper editor William Lloyd Garrison was called a “Crusader” in his political struggle to end the evil of slavery.

Later the cross was also literally taken up by activists demonstrating against social advances. For example, the Ku Klux Klan, as part of their terror campaign, would often burn plain wooden crosses at meetings or on the lawns of African Americans, Jews or Catholics.

A few decades later, Adolf Hitler’s quest for German expansionism and persecution of Jews, based on his belief in the superiority of the “Aryan race,” came to be crystallized in the sign of the swastika. Originally a religious symbol from India, it had for centuries been used in Christian iconography as one of many artistic expressions of the cross.

Even today, the newspaper of the KKK is entitled The Crusader, and various white supremacy groups use forms of the cross as a symbol of their own pro-white agenda on flags, tattoos and clothing.

The Feast of the Holy Cross focuses on the meaning of the cross as a powerful sign of divine love and salvation for early Christians. It is tragic that the cross has also been twisted into a vivid sign of hatred and intolerance. 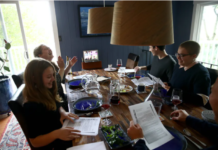 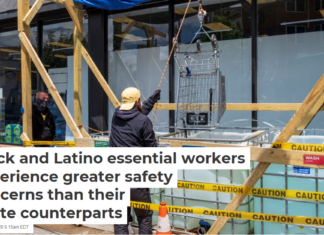 A trans soldier in the ancient Roman army?