Day after day, we’re bombarded with so many media messages that rarely do we stop to think about what they’re telling us to think, do or feel.

Much has been written about the unrealistic beauty standards women have been held to. Female actresses, models and TV personalities are overwhelmingly thin, which has had a detrimental effect on the eating habits and self-esteem of countless women.

But in recent years, we’ve noticed something else: Media targeting women have featured models who are not only exceedingly thin, but also muscular.

As psychologists who study body image issues, we wanted to test whether women are aware of this trend – and whether they’re aspiring for this look themselves.

By now, most women are probably aware of the discrepancy between their bodies and the impossibly thin women who appear on TV and in magazines.

This disparity was first identified in a 1980 study that compared the body weights of regular American women to prominent media figures, Miss America contestants and Playboy centerfolds. The researchers found that between 1959 and 1978, average female weights in the general population increased, while the women appearing in the media were actually getting thinner.

This matters because, particularly for women, exposure to thinner bodies contributes to body dissatisfaction, which can worsen your mood and lead to lower self-esteem. Those who aspire to this ideal figure can end up engaging in negative behaviors like restrictive eating or purging.

In a 2002 study, researchers exposed women on the island of Fiji to Western television. Before the study, island inhabitants had preferred larger female figures, seeing them as a sign of health. But following the introduction of Western television, the researchers found that women were much more likely to engage in disordered eating behaviors such as vomiting and restrictive dieting, all in a quest to appear thin.

The birth of ‘fitspiration’ – and a new norm?

While media messages continue to encourage women to change their bodies, the platforms being used to consume media are changing.

In recent years social media use has exploded. On many of these platforms, women are able to choose what content to follow and “like.” Social media sites, from Facebook to Instagram, then take this information and feed it into an algorithm, which then influences the content that’s advertised and shown to users on their feeds.

One trend that has gained traction is “fitspiration.” These are images and videos that depict women engaged in workouts or poses that highlight particular muscle groups like the abdomen or buttocks.

In promoting muscularity, these images seem to be promoting healthy exercise. But analyses of the text accompanying the images have found that they often include guilt-inducing messages that focus on body image (e.g. “Suck it up now, so you don’t have to suck it in later”).

In fact, one study has shown that an overwhelming percentage (72 percent) of these posts emphasize appearance, rather than health (22 percent).

And it’s an appearance that’s not only muscular, but also thin.

Is this the new ideal?

Our studies sought to answer this question.

In the first, we presented 78 undergraduate female participants with images of Miss USA winners between 1999 and 2013. Because winners are selected annually, they serve as a relevant representation of what is considered attractive. For the study, we depicted the pageant winners from the neck down wearing black two-piece swimsuits. Participants then rated each winner on her level of thinness, muscularity and attractiveness. The ratings demonstrated that the winners became thinner and more muscular over the 15-year span.

In a second study, we wanted to examine whether women had begun to prefer this thin, toned body type.

So we presented 64 undergraduate female participants with two versions of seven different images. One version featured a thin, muscular model. In the other, the muscle tone and definition were digitally removed, leaving the model appearing to be only thin. Participants viewed these images one by one in random order and were asked to rate them on thinness, muscularity and attractiveness, and to identify how typical they were of images in the media.

Results showed that participants could detect the difference in muscularity among the images and rated all of them as typical of media images. However, they did not clearly identify one type of figure as being more attractive than the other.

In a final portion of this study, we showed participants the pair of images side by side and asked them to identify which they preferred. When presented with the images in this format, participants overwhelmingly chose the thin and muscular image over the thin-only image.

You might wonder: Isn’t it healthy that women are increasingly preferring muscularity?

Studies have examined the impact of viewing thin and toned bodies, and have found that they have a negative impact on the body image of female viewers. Just like the previous studies on media images that promote thinness, seeing thin, muscular women can lead to a negative mood and decreased body satisfaction.

It is the addition of muscularity to thinness that has this impact; if women see other women who are fit but not thin, then we don’t see the same effect.

It seems as though the quest for a toned body adds just one more thing to strive for – another layer of pressure for women. Not only do they need to restrict caloric intake, but they also need to add a muscle-building exercise routine.

Because there’s a deceitful aspect of rhetoric surrounding “fitspiration” – with benign implications that it’s simply all about being healthy – we fear that our culture may be in the midst of a more toxic promotion of an ideal female body that only leads to more dissatisfaction. 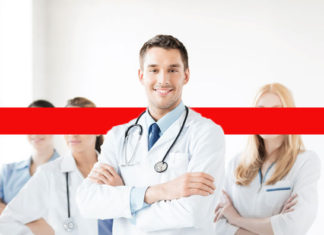 Amazon and other ‘superstar’ companies could give all American workers a...