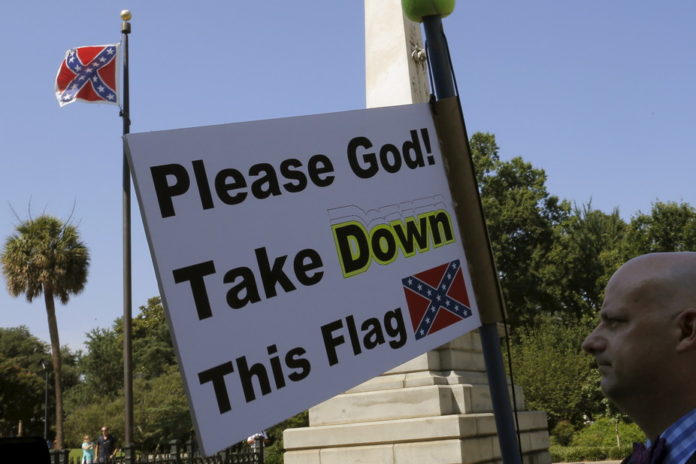 The Confederate flag may soon be gone with the wind.

It is a remarkable reversal of fortunes for one of America’s most divisive but enduring symbols.

In 2001, Mississippians voted two-to-one in favor of keeping the flag.

The year before, flag defenders in South Carolina worked out a deal that removed the flag from above the State Capitol dome, but placed it in an arguably more prominent position, atop a Confederate memorial in front of the Capitol.

Now, 14 years later, in the wake of the murder of nine African Americans at the Emanuel African Methodist Episcopal Church in Charleston by a flag-waving white supremacist, South Carolina’s most prominent Republican politicians advocate removing the flag altogether.

High-ranking Republicans in Mississippi have issued similar calls to remove the emblem from the Mississippi state flag. A number of other southern states have already taken steps to sever ties with the embattled banner.

Public opinion on the flag has seemed to shift with lightning speed, and yet it is a wonder how, in our modern multiracial democracy, a symbol of a rebellious slave-holding regime from the 19th century has held on as long as it has.

The answer, at least in large part, is that the flag has persisted because it has performed important cultural and political work for the Democratic and Republican parties alike.

It is impossible to separate the history of the flag from the historic partisan shift in southern politics since the 1960s.

Abraham Lincoln, in his second inaugural address, said that everyone knew that slavery was “somehow the cause” of the Civil War.

Today, most people acknowledge that race was somehow the cause of the Republican takeover in the South.

The pithiest and most enduring summation of the process is often attributed to Lyndon Johnson, whose path to national prominence lay in his ability to reconcile the southern segregationist wing of the party with labor and liberal groups.

Johnson that in 1964 conservative Republicans like Barry Goldwater were making in roads among states rights Democrats. Many crossed party lines to vote for the anti-government Republican.

After signing the 1964 Civil Rights Act, Johnson reportedly lamented to an aide that he had just given over the South to the Republicans for the next generation, although some have questioned the veracity of the quote.

Regardless of whether Johnson actually said it, what’s clear is that Republican ascendancy in the South was slower and more contested than this bit of folklore allows.

As thousands of new black voters entered politics thanks to the 1965 Voting Rights Act, astute young Democratic candidates moved to the middle and built powerful biracial political coalitions. These were the New South Democrats.

They were genuine southern boys, raised in the rural South who had seen the error of the region’s ways. They embodied the moral awakening that the region and the nation had undergone, and two of them, Jimmy Carter and Bill Clinton, ended up riding that compelling political narrative all the way to the White House.

But the New South narrative was always a fragile thing, because these men operated in a schizophrenic southern Democratic Party undergoing massive changes.

Old-time Dixiecrats mixed with new black voters, at least for a while. Gaining a foothold required no small amount of political juggling, as evidenced by the still whispered reports of Jimmy Carter’s 1970 gubernatorial primary.

Republicans running against such candidates faced a tall order. They had no entree to the black vote given Democratic dominance on civil rights and their own anti-federal government ideology. To win they had to amass an overwhelming majority of the white vote.

Their trouble was not only electoral but cultural. This is where the Confederate flag and other symbols of the southern past proved so useful for Republicans.

Modern GOP organizations in the South were started by college-educated white-collar professionals, a large number of whom were recent migrants to the region who came as contributors to the South’s booming economy.

Party leaders in South Carolina had plenty of money, thanks to conservative businessmen such as Roger Milliken, who was also a key contributor to the National Review in its early years, but they had little political experience.

They were alienated economically and culturally from the working-class whites and Lost Cause enthusiasts who were most disenchanted with the civil rights policies of the national Democratic Party – and who were most likely to join the Republicans.

In South Carolina, the GOP got a boost in 1964 when Strom Thurmond, the former Dixiecrat presidential candidate, switched parties. In 1966, the first time Thurmond ran as a Republican, the GOP state convention opened under a huge Confederate banner.

A number of African Americans had attended previous Republican conventions in the state, a vestige of the historic tie between the GOP and black voters that dated back to emancipation, but none was present in 1966.

Yet throughout the 1970s, Republican appeals to southern nationalism had an ersatz quality to it.

The real candidate of southern nationalists was Alabama governor George Wallace, who ran both as a Democrat and as an independent candidate. Confederate flags were common at his rallies across the nation that turned out thousands of disaffected Democrats in the late 1960s and early 1970s.

Richard Nixon was obsessed with the Wallace vote in both of his campaigns, and GOP operatives throughout the South understood it as key to Republican success in the region.

It was in tone-deaf pursuit of Wallace voters that Ronald Reagan delivered perhaps the most infamous speech of his career.

In 1980, in Neshoba County, Mississippi, where only 16 years earlier three civil rights workers had been murdered, Reagan linked his conservative agenda with the states’ rights cause that had driven generations of southern segregationists.

The 1980s was the decade of real partisan transition that occurred in southern politics.

Reagan brought over the last of the remaining Dixiecrats as well as a younger generation of conservative southern Democrats.

There were still one-off instances of southern Democratic identification with the flag, such as a Clinton-Gore campaign button that circulated in 1992, but leading southern Democrats, Clinton foremost among them, made clear their opposition to the Confederate flag.

Not so for the Republicans. The trick then and now for national Republican candidates is how to tap this visceral core of conservative voters without alienating moderate supporters from outside the region.

It has led Republican presidential candidates to twist themselves into all sorts of compromising positions, particularly since the 1980s, when South Carolina positioned itself as one of the earliest and most important primary states, the bellwether for the region that any GOP candidate would have to dominate if they were to win a national election.

The success of the Republican Party for the last 50 years, in both the South and throughout the country, has been rooted in its ability to hold together an inherently unstable union between economic elites and working-class whites.

They have managed this in largest part by appealing to a range of cultural issues. Race has been one of those cultural touchstones since the earliest days of the southern Republican takeover.

Since the late 1970s, however, so too has religion, when conservative GOP activists made a concerted effort to politicize and recruit evangelical and fundamentalist voters who had previously remained on the margins of American politics.

Dylann Roof’s evil actions in Charleston have managed to pit against each other the two most important cultural constituencies in the southern Republican Party.

It is no coincidence that almost all of the Republican officials who have called for the flag’s removal have invoked their Christian faith as motivation for their efforts.

Chances are, a lot more southern Republicans have attended a Wednesday Bible study – the scene of Dylann Roof’s evil act – than have ever attended a Confederate memorial service.

But just because the flag goes away doesn’t mean that the hard-core racist right will. Ugly displays of racist animus have been regular parts of Tea Party gatherings since Barack Obama’s election.

Regardless of what happens with the flag, the GOP will continue to struggle with immigration issues and recruitment of minority voters.

If conservative evangelical Republicans manage to purge southern states of the Confederate flag, the real victors will not be Republicans but southerners themselves, white and black.

Whatever political and cultural work the flag might have performed in the past, it is time for it to end.

Joseph Crespino is Professor of History at Emory University. 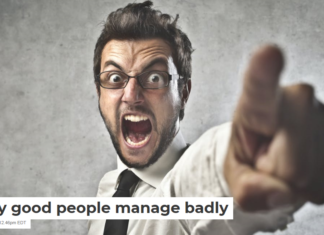 Staff Writer - June 24, 2020
Ken Eakin, L’Université d’Ottawa/University of Ottawa The institution of management is bad. Bad because it causes too much stress and harms human health. Bad because...

Hybrid working: how to make it a success