Friends, children, romantic partners, family members – many of us exchange hugs with others on a regular basis. New research from the United States, published today in PLOS, now shows hugs can help us to cope with conflict in our daily life.

Hugs are considered a form of affectionate touch. Hugs occur between social partners of all types, and sometimes even strangers.

They often arise in positive contexts – while greeting, celebrating an achievement, or simply enjoying the presence of a loved one – but they can also occur in negative contexts when support is needed.

Read more:
We need to talk about the mental health of content moderators


Affectionate touch buffers anxiety associated with potential negative events. For instance, in one study, brain activity among participants who held their romantic partner’s hand during a stressful situation reflected less intense threat responses compared to that of participants who held a stranger’s hand, or no hand at all.

The new research, led by Carnegie Mellon’s Michael Murphy, reveals the important role that hugs can play in buffering against the negative impact of interpersonal conflict such as disagreements and arguments.

This study used data from 404 generally healthy adults. They were interviewed via phone by a researcher at the end of the day, each day, for 14 days.

Participants indicated whether or not they had experienced any interpersonal tension or conflict during their day, and whether anyone had hugged them in the past 24 hours. They also rated their experience of both positive affect (such as happy, calm, cheerful) and negative affect (for instance, unhappy, angry, tense) that day.

You might wonder how robust these results were. When the researchers examined participant sex, they found a few overall results (e.g., men reported both more conflict and more hug receipt than women), but the key finding above held for both sexes.

Further, in all analyses, the researchers controlled for participants’ age, ethnicity, marital status, education, and the number of unique individuals participants had interacted with on a given day – thus ruling out many alternative explanations.

What we don’t yet know is the causal order of this relationship. The study design only assessed whether a hug was received and whether interpersonal conflict had occurred. So, it’s unclear whether the hug preceded or followed from the conflict.

We also don’t know whether the hug and the conflict involved the same person, nor do we know the type or severity of the conflict. So we should be careful about advocating “hugging it out”.

Those caveats aside, this research fits within a broader field of research that points to the importance of affectionate touch – for both physical and social wellbeing. For instance, other findings from this research team show that receiving hugs reduces the likelihood of catching the common cold, and reduces the severity of symptoms even if infected.

Why are hugs beneficial?

Why might hugs be beneficial? Being hugged leads to release of the hormone oxytocin, setting off a range of downstream outcomes that could explain the benefits of hugging. Oxytocin is involved in a complex range of social processes, but has been implicated romantic bonding and trust.

Not all hugs are alike. Does variability in hug characteristics matter?

Does giving hugs carry similar benefit as receiving hugs? Some research indicates that being on the receiving end of affectionate touch has the most benefit. Chances are, though, that fully reciprocal hugs are equally beneficial.

Read more:
A survival guide for the coming AI revolution


Can the benefits of affectionate touch carry beyond humans? The answer is yes. Hugging and affectionate touch with robots, therapy dogs and pets of all types produce a range of positive outcomes, likely supported by the same underlying mechanisms as human to human touch, such as oxytocin release.

Does the duration of the hug matter? Most hugs are three seconds long, but evidence suggests that hugs of 20 seconds are those that kick off the cardiovascular benefits mentioned above.

So seek out a hug. Chances are, you’ll be better for it. 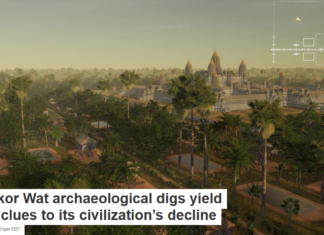 How rich people like Gordon Sondland buy their way to being...

How does aging affect athletic performance?