This should automatically vault Hernandez to a status as one of the greatest Dodgers of all time, right? Up there with Roy Campanella, Duke Snider and Jackie Robinson?

It seems like during every playoffs, an unsung hero emerges. For every Madison Bumgarner, there’s an actual bum – a player whose name will never come up in a Hall of Fame debate – who rises to the moment, and delivers on the game’s biggest stage.

What state of mind does an athlete need to be in to pull off a clutch performance? Are some players more likely than others to be clutch, or could anyone do it? In my sport psychology lab at California State University, Northridge, my students and I have tested these questions in an experimental setting.

It’s all in the head

We define a clutch performance as any better-than-usual performance that occurs under pressure, and our research suggests that anyone can be clutch – provided they’re in the right mental state.

For example, feeling like you’re in control of the situation – in sports or anything else – can help a lot. In our lab, we tested hundreds of basketball free-throw shooters, both novices and experts. After they warmed up, we asked them to take 15 shots while we videotaped them (to simulate pressure). Afterward, we gave them a questionnaire; those who indicated that they had felt in control were the most likely to succeed under pressure.

In Hernandez’s case, perhaps he expected Cubs pitcher Jose Quintana to throw a low fastball before he hit his first home run. He had read the scouting report, and he knew what to look for. If so, he would have felt like he had a better handle on the situation. He was more in control.

Confidence also helps. In our study, before it began, we asked the basketball players about their free-throw shooting abilities. Those who expressed the most confidence – whether they were a novice or an expert – also tended to be more clutch.

Once that first home run flew over the fence, Hernandez probably realized that he could hit a home run off the Cubs, and not only that, he could do it under the pressure of a postseason game. That .217 regular season average? Irrelevant. By the time his second home run soared into the stands, he was probably brimming with the confidence of Duke Snider in the 1952 World Series.

So while experience and expertise are helpful, feelings of confidence and control – which come and go – also play a big role. The pressure of the playoffs can change everything, with some players, regardless of ability, responding differently than others.

But then there are lesser-known post-season stars like Cody Ross and Edgar Renteria (2010 Giants). In 2011 for the Cardinals, it was David Freese; in 2016, the Cubs’ Ben Zobrist nabbed the World Series MVP award. For fans of these teams, these guys will always be remembered. For anyone else, their names might not ring a bell.

Why does it seem like our offensive heroes sometimes seem to come out of nowhere?

A few years ago, grad student Matthew Barrett and I scanned 109 years of baseball statistics to try to answer this question.

To eliminate small samples from biasing our results too much, we set a minimum of 20 postseason at-bats for a player to qualify. For pitchers, we set the minimum at 10 playoff innings pitched in a single postseason. This left us with 1,731 hitters and 835 pitchers to study from across history.

What did we find? If someone had a good regular season at the plate, he was more likely to perform well in the post-season (measured by batting average; correlation: .17). If a pitcher threw well during the season, it was also more likely that he would have a solid postseason performance. The relationship for pitchers, however, was slightly stronger (measured by ERA; correlation: .28).

The difference between these correlations didn’t blow us away. But the take-home message was clear: it’s likely that a good pitcher will be the same player during the postseason. For hitters, it’s less predictable.

There’s a sport psychology theory to back this up. Hitting a baseball, it’s been argued, is one of the hardest things to do in all of sports. Pitching – while by no means easy – is a bit less reliant on finely timed hand-eye coordination. In our research on pressure-induced athletic performance, motor skills like hitting were found to be more susceptible to fluctuations, good or bad.

During the 2017 Fall Classic, who will be the next Enrique Hernandez? It probably depends on who’s feeling the most confident and in control. It’s also more likely to be a hitter.

A star like Astros second baseman José Altuve might continue to build off of his successful postseason run. But a lesser-known player – say, Logan Forsythe or Evan Gattis – could be just as likely to break out, and cement himself in post-season lore. 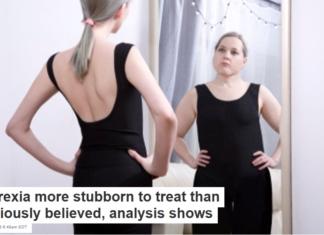