Psychiatry is apparently in crisis – again. On the one hand, psychiatrists are agents of social control, carrying out society’s bidding to ensure that the socially deviant are kept locked up out of sight and mind. And, despite having little idea of what causes the disorders they claim to treat (which some critics claim don’t exist), they remain set on medicalising more and more aspects of human existence. More still, psychiatry is a pawn of the pharmaceutical industry, peddling drugs that either don’t work or make you worse.

The thing is, none of these claims are either new, or radical. Look up “psychiatry in crisis” on Google. And then stand well back. Since I started my psychiatry training in 1984, not a year has passed without a clutch of articles, papers and opinion pieces discussing this “crisis”. A random selection of articles shows that we have been in crisis because of recruitment (1982), lack of political clout (1984) and public image (1985). In 1997 The Lancet published an article on perceived biological bias. A few years later in the British Journal of Psychiatry it was for not being biological enough … You get the picture.

The launch of another revision of the Diagnostic and Statistical Manual (DSM-5), the American handbook for classification, precipitated an outpouring and claims of a “deep” and “recurring” crisis, while a letter in World Psychiatry this year at least concluded that there was still hope for us.

Yes, psychiatrists do detain patients (as do social workers, and indeed psychologists). In May 2014, 11,965 people were detained in hospitals under the Mental Health Act. However, in the same month, 963,769 people were in contact with secondary mental health services. In other words only 1.2% of those being managed by psychiatric services were detained.

Any humane society has a duty to try and look after its citizens when, as a result of a mental disorder, they pose a serious risk to themselves or others. And if this is the case, then it is better that it is sanctioned by law and implemented by health professionals, rather than by vigilantism and mobs. True, we don’t have the balance right yet, but not in the way the “crisis” lobby would have you believe. Take jail, for example, there are far too many people in prison with serious mental illness – not too few.

Treatments are certainly far from perfect. But no more than in the rest of medicine; a recent review showed that treatments used by psychiatrists, both physical and psychological, compare well to treatments in routine use in other branches of medicine.

There remain doubts and uncertainties about the causes of many of the disorders we see. But this is not because we are ignorant, lazy or complacent; it is because psychiatric disorders, such as major depression, arise out of a complex set of circumstances – starting from your genetic inheritance, early upbringing, the relationships you make and the physical and psychological traumas and adversities to which you are exposed to in adult life. The issues with which we grapple are rarely simple or straightforward.

Not for us the simplicities of some other parts of medicine. Here is a cancer – take it out. There is a bug – kill it. In psychiatry, the ability to tolerate uncertainty is an essential skill. Because we have to negotiate fuzzy boundaries – between eccentricity and autism, between sadness and clinical depression, between hearing voices and schizophrenia – and there will always be boundary disputes.

Far from backing away from such debates, my experience of psychiatry is that we relish them. We are not the only branch of medicine that argues about classification – so do tumour biologists – but the difference is that the issues that we face in classification are more readily understood by the general public.

If there is a little bit of crisis, like argument and discussion it keeps us on our toes, alert to new developments, and is an antidote to complacency.

I recently took over as president of the Royal College of Psychiatrists. Since then I have had numerous interactions with patients and carers – and also a large post bag. Most of the patients and carers that I have met have been particularly grateful to mental health services; there are criticisms, but nearly all speak warmly of the psychiatrists and mental health teams that they meet. Not all letters I’ve received have been complimentary, but the main themes have not been about our services, but the lack of them.

A frequent complaint is how long it has taken for parents to get skilled mental health assessments for troubled children. Another is how stretched services are, or how many patients don’t receive enough support to assist them staying on vital medication, without which relapse is all-too common and all-too ghastly. Others lament the lack of specialised services, at present especially in child psychiatry and addictions.

The continuing reduction in the number of beds available for crisis care is another repetitive theme: patients in severe distress been driven hundreds of miles in a desperate search for care and sanctuary.

The reality of hard-pressed services struggling to cope with increasing demand and shrinking resources mocks the charge of our critics that we are engaged in a vast conspiracy to force more and more aspects of normality into needing these services.

The real crisis in psychiatry is that there isn’t enough of it.

Simon Wessely’s article is part of a wider discussion on The Conversation about psychiatry in crisis. You can read more from David Pilgrim, who believes it is, and Peter Woodruff, who argues that it isn’t. 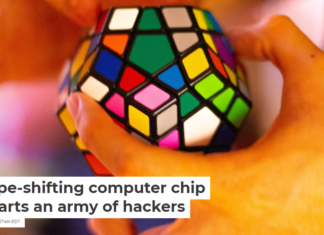