Like many Americans concerned with climate change and energy security, I reacted with high hopes to the President Obama’s proposal to reduce leaks of methane gas from oil and gas drilling. But on closer reading, the plan has me more worried than optimistic about the role of natural gas in our climate and energy future.

I’m probably a little more attuned to this topic than most: “methane leaks” is a term I added to my Google news feed a few years ago while researching and publishing studies that mapped over three thousand natural gas leaks in Boston and over six thousand in Washington, DC.

Methane, the primary component of natural gas, escapes into the atmosphere at wells and various points along the gas distribution network. A potent greenhouse gas, methane has 34 times the heat-trapping potential of carbon dioxide over a 100-year period.

At first glance, President Obama’s proposal looks impressive: the goal is to reduce the national methane leak rate 40% to 45% from 2012 levels by 2025. And because my colleagues and I developed new methods to detect and map leaks very precisely, I am confident we have the technology to find and fix methane leaks across the entire natural gas process chain, from hydraulic fracturing well pads to the pipelines running under our streets and sidewalks.

However, there’s a conspicuous absence in the White House’s proposal. Before, natural gas was seen as a less-polluting alternative to coal and a “bridge” to an economy run on renewable energy. Now, that language is missing. And as in industry circles, US policymakers have dropped this language over the last couple of years.

Stemming leaks certainly helps reduce the greenhouse warming potential of natural gas. But even if 100% of leaks are stopped, natural gas remains a fossil fuel whose by-product of combustion, carbon dioxide, is the planet’s largest agent of climate change — one that we are losing the battle to control.

In my state of Massachusetts, analysis by the Conservation Law Foundation indicates that even a greatly reduced leak rate, if accompanied by an increased dependency on natural gas as an energy source for heating homes and providing electricity, will not allow the state to achieve its stated policy of an 80% reduction in greenhouse gas emissions by 2050.

We need to think of our remaining fossil-fuel resources, including natural gas, in a different way than we have been accustomed. If fossil fuels are truly to serve as bridge fuels, then we must spend these economically and environmentally costly resources on activities that directly wind down our further dependency on them.

For example, we could favor use of natural gas to power local manufacturing of solar panels or wind turbines in economically struggling communities where the perceived economic benefits of hydraulic fracturing have superseded consideration of the environmental costs. Or, energy policies could promote production of hydrogen from natural gas and investment in hydrogen fuel cell infrastructure to move toward a hydrogen economy that could, over time, be fully powered by zero-carbon energy sources.

I suspect state and national policies that treat natural gas as a bridge to renewables would receive much less opposition from environmental advocates than they direct toward the status quo of building new transmission pipelines (like one currently proposed by Kinder Morgan in my state) that transport gas hundreds or thousands of miles for decades simply to be consumed and combusted. This is natural gas as a burning bridge, if you will, with little but further dependency to show for it.

Ultimately, President Obama’s proposal is worthwhile, if not for the reason he suggests. We can use an aggressive program of reducing natural gas leaks to reduce, rather than double down on, our future dependence on natural gas. And we have inspiring examples of such an approach.

A lesson from water conservation

Nearly thirty years ago, a citizen’s advisory committee to the Massachusetts Water Resources Agency successfully defeated a plan to build a pipeline to divert millions of gallons of fresh water per day from the Connecticut River to the MWRA service area, ostensibly to meet expected growth in consumer demand.

The citizen advisory group recommended that an aggressive plan to fix leaks in the water distribution pipeline system, in conjunction with a program of increased home water use efficiency (e.g. low flow toilets), could fully mitigate the projected future growth in demand. Thirty years later, this approach of conservation and efficiency has been vindicated, with a net reduction in water use and no need for the new water pipeline. This same policy approach can be used with natural gas.

More generally, how should we treat natural gas if our goal is to transition from natural gas toward a decarbonized energy system powered by solar, wind, geothermal and water power?

If we can use president Obama’s methane leak reduction plan to pivot toward energy self-reliance and away from increased dependence on fossil fuels, then it will, as the administration claims, ensure a cleaner, more stable environment for future generations. 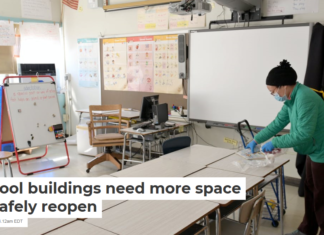