Last week, officials from the U.S. and Mexico revitalized their commitment to fight cross-border smuggling of drugs, arms and money. U.S. officials recognized America’s demand for drugs as “the magnet” that feeds drug smuggling, and Mexico committed to tackle jointly the elements of the cartels’ business model.

While illegal immigration and drugs dominate much of the public discourse around U.S.-Mexico relations, the partnership between these countries is vital and dynamic in many other ways.

The two neighbors trade over US$1 million a minute, employ many millions in good jobs on both sides of the border, have over a million legal border crossings each day and have over 35 million citizens of shared heritage.

We have devoted years of our professional lives (in government, academic and social sectors) to developing and implementing strategies for improving our countries’ relationship. As such, we’ve been taken aback by the sharply critical U.S. rhetoric about Mexico in recent months and the anti-American sentiment that quickly rekindled in Mexico.

Our most recent work, however, shows that educational and research exchanges can bridge the widening divide, while also building workforces that can help the two nations thrive in the technological revolutions ahead.

We have seen firsthand the impact of programs on young Mexicans who returned from U.S. stays with pride, enthusiasm and improved English. We’ve also witnessed how American students interacting with their counterparts in Mexico enhance the appreciation and respect for each others’ countries.

Yet, student exchange numbers are not encouraging. Mexico ranks 10th for the number of full-time students studying in the U.S., placing it far behind China and India, and also trailing Saudi Arabia, Brazil, Vietnam, and northern neighbor Canada. The story is worse in the other direction: Only 4,712 U.S. students were studying in Mexico in 2014-15, 12th among destinations for U.S. students.

There are many reasons for the low numbers, but here is the bottom line: Two such interconnected neighbors should be doing better.

In 2013, we were a part of launching an initiative aimed at tackling this problem. The Bilateral Forum on Higher Education, Innovation and Research (known by its Spanish acronym, FOBESII) gathers educators, private citizens, companies and officials from universities and government. Their aim is to expand long-term investments in education and research partnerships between the U.S. and Mexico.

In the past four years, FOBESII has fostered more than 115 new agreements between Mexican and U.S. universities.

Mexico’s federal government allocated an unprecedented $42.9 million for these programs during 2014-16. More than 100,000 Mexican students – many of them from low income families – came to the U.S. as full-time graduate students, as single-semester researchers or in summer programs designed to improve English proficiency. These experiences changed the way students (and their families) viewed their future potential and, importantly these days, their opinion about the United States was greatly improved.

Unfortunately, the U.S. public funds to support these exchanges were more limited than the investments made by Mexico. Private sector sponsors, however, have worked with the U.S. government to develop 32 academic projects with Mexican universities, ranging from engineering, physics, geology and health to environmental sciences.

While targeting such exchanges provides opportunities to young scholars and promotes cultural understanding, it can also produce better educated workforces.

Mexico and the United States literally and figuratively build things together, with pieces crossing the border many times before a finished product emerges. American parts and products make up, on average, about 40 percent of the value of a finished manufactured product from Mexico. That’s much more than the U.S. contributes to other countries’ manufacturing and positively impacts U.S. jobs and profits.

The “fourth industrial revolution” is unfolding: digital technologies are leading to faster and more complex advances in practically all facets of life. Both countries are going to need better equipped labor forces to maintain this highly integrated production network and to compete with others in the world.

Several ongoing initiatives within the framework of FOBESII will support the goal of better-equipped labor forces. The University of California has raised around $15 million to support programs linking their universities with Mexican institutions. Universities in Texas and Arizona have developed similar programs, focusing on research in energy, the environment and other common topics in science and technology. The U.S. National Science Foundation and Mexico’s National Council of Science and Technology have created 12 more joint projects.

“We share a border and many common interests with Mexico. It’s natural that we seek stronger ties through education, research and innovation so we can help each other prepare for the challenges and the changing nature of the advanced workforce of the 21st century.”

Every year, we’ve seen many more students and universities who want to participate than the current funding allows.

Investing in the future of North America

Historically, other neighbors in the world have made similar strategic decisions to invest in educational partnerships. The European Erasmus program, for instance, has been supported by billions of dollars of funding since it was established in 1987. Over three million students have studied in other countries at over 4,000 post-secondary institutions. Aside from the academic value of the program, it has contributed to crafting a more robust European vision among the youth.

As with European cooperation, the comparatively modest U.S.-Mexico efforts are not about charity – or even just education. They concern the strategic interests of neighbors in the face of global competition, technological revolutions, and persistent prejudices that strain relations between neighbors.

Mexico and the United States will remain neighbors. Their shared challenges will not disappear, but shared opportunities could be missed. We should double down on overcoming our misunderstandings and solving concrete problems together. Learning and researching together will definitely help. 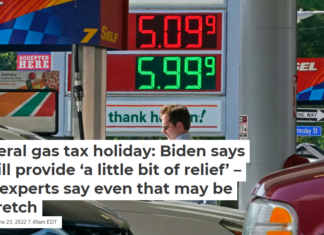