It was never going to be easy. That much was known from the outset.

Greece’s newly elected government and the country’s creditors started from too far apart to quickly settle on anything that would be easily sellable to their respective constituencies.

Greece’s radical left-wing Syriza party came to power on a mandate to end austerity. The Greek people had experienced the worst crisis of any Western country in the postwar era; in the previous five years, their economy had shrunk by one-quarter, and unemployment skyrocketed, while indebtedness exploded accordingly.

No other Western nation has come even close to suffering a humanitarian crisis of this dimension for generations. A people in despair – brought to their knees, the Greeks are yearning for a revival of their fortunes.

Remarkably, in utter denial of the fact that the brutal austerity experiment imposed on Greece since 2010 had proved outstandingly counterproductive, Greece’s creditors remained set to continue with what to them had become business as usual. They held out sizable fresh austerity, naively expecting the Greeks to shoulder the costs of the administered austerity wreckage alone.

Their so-called bailout program assumed that Greece would run primary budget surpluses of 4.5% of gross domestic product as far as the eye could see. No other country had ever done so – but the Greek people were meant to endure lifelong punishment and smile in gratitude along the way.

It is good and right that the Greeks decided to not put up with this folly for any longer.

It is good for Greece, and it would be good and right for Europe to finally accept that the calamity that happened in Greece in recent years is one of shared responsibility, but not of Greece alone. It would be best if euro members remembered that their relationship was meant to be one of partnership: equal partners of a union with a common destiny.

The main problem is that governments in creditor countries, with Germany being the key one, have systematically misled their people. Their so-called bailout programs for Greece were never primarily a bailout of the Greek people.

Instead, they were foremost a bailout of German and French banks, the masters of irresponsible lending in Europe and abroad. The German government had put German taxpayers on the hook for the banks’ colossal losses suffered in the context of the US “subprime crisis.”

They were too scared of going back to them for more of the same when Greece then faltered. They were in a tough spot as they equally feared that allowing Greece to default on its debts, as West Germany itself had done after the Second World War and as Greece should have done in 2010, would blow up the euro and bestow even bigger costs on German taxpayers – apart from also spoiling Germany’s export-led growth model.

And so the convenient narrative of a sovereign debt crisis joined by the need to rescue Greece in order to save the euro was invented. Essentially, the creditor countries arranged from new loans so that Greece could repay its excessive old loans rather than default on them. Fast-forward five years, and the same Greek drama is still on display.

Once again, the Greeks are supposed to sign off on inhumane conditions for new bailout loans so that they can repay old bailout loans.

Greece is still in need of a proper debt restructuring. The only real difference today is that Greece is now also in the middle of a full-blown humanitarian crisis – a crisis Greece owes in good part to the insane austerity inflicted on it by its euro partners since 2010. In the name of both humanity and sanity, it is high time to change course, and do so decisively.

The likes of Spain, Portugal and other smaller euro crisis countries may cry foul if Greece were to receive “better” treatment than they themselves have by being granted debt relief and an end to austerity. If they do, they are not only dishonest regarding the degree of austerity and depth of the crises that they endured compared with Greece, they also delude themselves in thinking that their own crisis may be over.

Their economies can hardly withstand the shock that a “Grexit” or “Graccident” is likely to trigger. Political instability at home is just one step away. They have nothing to gain from beating up Greece even more to uphold failed principles and beliefs.

The small portion of bailout loans owed to the International Monetary Fund (IMF) that became due last week and which Greece chose not to repay at that time is insignificant by itself. Technically, the IMF was able to simply bundle it with other payments due to it within the next few weeks. But the moment of truth is arriving quickly.

It would be unfortunate for the IMF to be the party to pull the trigger in the ongoing Greek drama, just as it would be wrong for the European Central Bank to find itself in that position. It is for no one else but Europe’s democratically elected governments to accept their shared responsibility for past mistakes – and embark on a path that promises a better future for all involved.

The Greek people acknowledge that their current predicament is partly due to their society’s own failings. Even after overcoming military dictatorship and joining the European Union, Greek governments generally prioritized securing the wealth and power of a small oligarchy through favoritism and corruption.

This includes previous Greek governments that the “troika” (IMF, EU and European Central Bank) chose to cooperate with in the past five years, which made no real effort to break with the past of pervasive corruption and tax evasion, and were not required to do so, either, as long as they collaborated in imposing austerity and arranging for fire sales of Greek assets.

The Syriza government has committed to reforming Greece and the ways in which it governs itself. Greece will need the support of its euro partners to erase corruption and tax evasion, for instance. The conditionality of loans should focus on what are the true structural problems of the Greek economy. And external help may well need to encompass administrative support and effective surveillance in these critical areas.

But Greece does not need pressure for even deeper cuts in pensions and wages when almost half of its pensioners are already living below the poverty line, and wage cuts in the order of 20% or more have not boosted employment but propelled unemployment into inhumane territory instead.

By contrast, creditor countries, foremost Germany, have yet to acknowledge that they and their preferred austerity policies share part of the “schuld” (German for guilt) and hence should also shoulder part of the “schulden” (German for debt) that continue to suffocate Greece, preventing its renaissance and holding its people hostage in what has become Europe’s euro disgrace.

German Chancellor Angela Merkel will finally need to explain to the German people what really went wrong with the euro and that the matter is truly one of shared responsibility. Failure to end Europe’s euro disgrace, the ongoing humanitarian crisis in Greece, is bound to turn the euro itself into Europe’s disgrace.

The euro will not survive as a prison – if not a torture chamber. Rather, it must be a means to shared prosperity.

Joerg Bibow is Professor of Economics at Skidmore College. 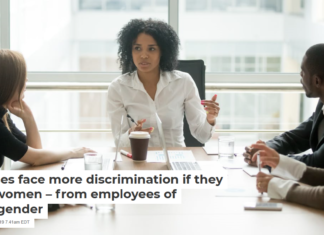 Staff Writer - October 20, 2019
Martin Abel, Middlebury Imagine that your boss Ethan calls you into his office. He expresses disappointment in your recent performance and lack of commitment. How...

Why is it so tough for some to exorcise…