By Kath Woodward, The Open University

In the UK, talks of re-signing convicted rapist Ched Evans to Sheffield United Football Club, and misogynist leaflets being distributed by a rugby team at one of the country’s most prestigious universities are only the most recent examples. The UK has otherwise prided itself on being in the vanguard of social equality
and anti-racism in sports through organizations such as Kick it Out, and yet problems with gender persist.

Recent publicity given to the NFL scandals in the US
and the Oscar Pistorius trial in South Africa
show the endurance of patriarchal power structures and, sometimes, deeply embedded misogyny within sports internationally.

Periodically violence erupts among male spectators as in recent case of Albania vs Serbia, which UEFA, not surprisingly, deemed “unacceptable”. Such activities involve the intersection of ethnic, and class-based forces with those of a traditional masculinity. Another element of this masculinity leads some men to assume the right to vent their anger on the bodies of women and to discriminate against women in a number of different ways, including sexualizing and marginalizing them.

Violence against women often involves domestic violence, which implies individual abuse within the home. If so, why do incidents of domestic violence increase during the World Cup? The fact that the police have to be on high alert during and after major football events shows that violence against women is not only a personal matter. It is a large-scale social problem in which gender inequalities play a key part.

Thankfully, there is now increasing recognition that the connection between violence against women and sports has to be addressed, especially by women’s groups.

The gender politics of sports goes much further than encouraging more women to play sports, even those traditionally associated with male competitors (although this is a start). Patriarchal power and the deep hostility of misogyny have to be addressed before sports can really be equal.

It is crucial to understand that sports do not simply reflect social inequalities; they also generate social divisions and inequalities, as well as providing opportunities for change. This has been acknowledged for some time and has been translated into legislation such as the Equality Act and the promotion of a set of diversity policies in the UK.

But rehearsing the rhetoric of social inclusion and diversity is not enough. It is not enough to wear a t-shirt bearing an anti-sexist slogan. Things are changing.

Critics of violence against women in sports have highlighted the oppressive culture of misogyny which has elite men’s sport, such as football, where players are seen as role models for young fans. When a player is imprisoned for rape, as Ched Evans of Sheffield United was, we must protest. When a rugby club hands out misogynist leaflets, we must protest.

Progress has been made first by recognizing what is happening and second by naming it. This has led to engagement with the activism of resistance, which, in the UK has come from campaigns such as End Violence Against Women.

People who criticize the culture of misogyny on and off the playing field are not “spoil sports”. They are reclaiming sport as a democratic enterprise, one that has to be reconfigured to eliminate the misogyny that damages women.

Kath Woodward has received funding from the Arts and Humanities Research Council. 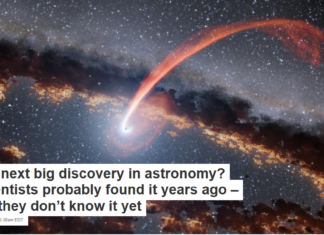 Skateboarding’s spiritual side – skaters find meaning in falls and breaking...