Over the past 20 years, the notion of the legacy of the Olympic Games has become increasingly crucial to any campaign to host them. As World Athletics president and former chairman of the London 2012 Organising Committee Sebastian Coe put it in 2006, legacy counts as nine-tenths of what hosting the Olympics is all about. And he was clear about what that meant: “It is the local people,” he told the House of Lords, “who should stand to gain most from the Games.”

The Legacy Games, as London 2012 was dubbed, sought to project a new and positive future for the city at large, a vision that was duly satirised by the BBC’s mockumentary Twenty Twelve. Framing the Olympics in this way, as a long-term investment in a future destination, usually helps to justify the cost of hosting them. The aim is to convince local populations that the Games will bring them net benefits, compared to investing this money into other sectors like health and education.

By some counts, the 2020 Olympic Games overran by up to 244% to cost Japan $15.4 billion. Japan’s National Audit Board nearly doubled that estimate in 2019, placing overall spending at closer to $28 billion. As the curtains close on Tokyo 2020, the big question for many, and local Tokyoites in particular, will now be: was it worth it?

Shinzo Abe, who was prime minister at the time Japan won the right to host the 2020 Games, explicitly stated that Tokyo 2020 represented a key way to open up Japanese culture and people to the watching and visiting world. And in the run-up to the Games, the Tokyo Olympic committees made bringing international visitors to Japan a central tenet of their legacy pitches.

These committees argued that the interaction between visitors and local communities – cultural producers, small businesses – are the unique selling points for Tokyo as a tourism destination. It follows that displacing existing residents and local businesses potentially undermines this central justification for hosting the event in the first place.

And yet, that is what took place. Across Tokyo, new urban development projects have replaced diverse and authentic Japanese backstreets. Research has shown that ahead of Tokyo 2020, older neighbourhoods in the capital were feeling the squeeze.

One journalist noted how “the Shinagawa neighborhood of Musashi-Koyama — a vibrant maze of tiny alleyways that once housed dozens of small eateries, tapas restaurants and bars — is now a virtual ghost town”. Tokyo parks saw increased policing and closed shop frontages lined up one after another, victims of rising property prices and rents.

Local business precincts being subjected to corporate colonisation typifies a broader concern that Olympic tourism scholars highlight around the world. Our research has pointed to host cities becoming clone towns and urban blandscapes, with small businesses replaced by global and national chains.

This signals anything but the diverse and unique cultural offer promised in Olympic hosting campaigns. In the long run, this will hamper, and not encourage competitiveness, in terms of tourism. And it is already alienating local communities.

A significant body of evidence has found that, in the run up to the Games, local communities in and around Olympic sites are directly affected. Construction of the new National Stadium in Shinjuku, ahead of Tokyo 2020, saw elderly tenants evicted and displaced, and homeless people driven out in alarming numbers.

With each new successful Olympic bid, this pattern of displacement, disruption and gentrification is consistently noted. In the five years prior to the Games, Barcelona saw an increase of 130% in property prices. Sydney, too, saw a rise in house prices of 11% more than the rest of Australia ahead of the 2000 Summer Olympics.

Low-income residents can be replaced by upwardly mobile residents as fast as the new apartment blocks are erected to house them. Rising commercial rents, meanwhile, cause small, low-profit margin businesses to fail, with bijou stores and coffee shop chains replacing them.

These effects are felt long after the Games come to an end. Post-event gentrification has become so persistent that pundits refer to it as the Olympic effect. However, the reality for those facing eviction and forced out of local neighbourhoods is frequently bleak, which highlights an indifference towards protecting local business communities and diverse urban high streets. Research has found that these communities are often embroiled in a struggle to survive and barely recognised as a key contributor to both local and national economies. Yet, this is far from the truth.

Cities are complex organisms. The way they evolve over time is a product of decades of social and economic policies. The Olympics, however, hasten gentrification that would otherwise have come to fruition more gradually.

Often, this is the result of targeted regeneration schemes, like the creation of the Meiji Park for Tokyo 2020, or, in Rio de Janiero, the Porto Maravilha cultural quarter. Such event-induced touristification of urban spaces plays a further role in catalysing and exacerbating gentrification.

Future Olympic host cities, including Paris (2024), Los Angeles (2028) and Brisbane (2032), must try to limit any negative local social impacts. The fallout of displacing local people and businesses may not be an immediate priority, politically or economically speaking. However, unique local culture produced by vibrant local communities is what keeps visitors coming in the long term.

Mike Duignan, Head of Department, Reader in Events, and Director of the Observatory for Human Rights and Major Events, University of Surrey and Judith Mair, Associate Professor, The University of Queensland 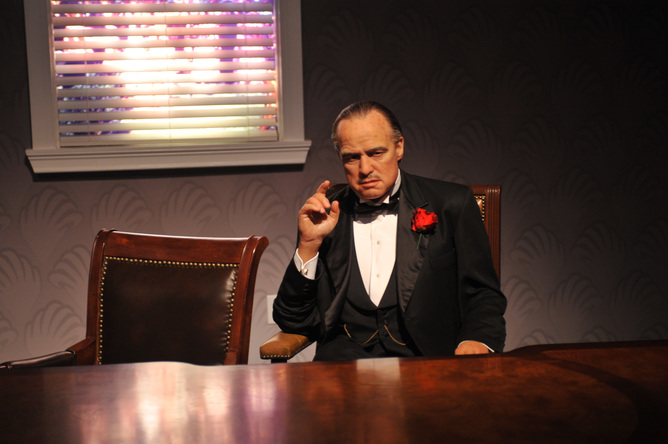 Staff Writer - March 15, 2015
By Mike Marinetto, Cardiff University Once upon a time, in the warm neoliberal afterglow of the 1990s – the early post-Thatcher age – the MBA...

Why April was Wall Street’s best month in decades – despite...