US President-elect Donald Trump has proposed deporting millions of undocumented immigrants, which proved appealing to large blocs of US voters in key states. Many voters appear to believe that deporting illegal immigrants would boost job opportunities and wages for US workers.

But economic modelling we carried out for the US departments of Commerce, Homeland Security and Agriculture suggest different conclusions.

The 8 million illegal workers currently in the US workforce contribute to US output. They do this mainly by working in low-skilled jobs, in roles such as farm labourers, construction workers, and landscape gardening.

If all the illegal workers left the US, our modelling found, then the US economy would be 3% to 6% smaller.

It is a similar story with teachers, economists and journalists, all of whom work in industries usually closed off to undocumented workers.

A different story for lower-paid jobs

But the story is different with farm labourers and construction workers. Although there would be fewer jobs overall in these occupations, there would be more jobs for legal US residents. This is because deporting illegal workers would open up vacancies.

For example, there are 1 million farm labourers in the US, of which about 500,000 are illegal workers.

If illegal workers were deported, then there would be plenty of vacancies for legal workers. Perhaps not 500,000, but plenty nonetheless. The 3% to 6% shrinkage in the size of the US economy and increases in labour costs to farmers might reduce total employment of agricultural labourers to around 800,000. That still leaves 300,000 vacancies to be filled by legal residents.

In general terms, eliminating illegal workers from the US workforce would change the structure of employment for legal workers away from skilled occupations towards low-skilled, low-wage occupations. This effect is akin to shuffling down a ladder – moving from a higher tier in the jobs market to a lower one.

Shuffling down the occupation ladder

How does this ladder-shuffle look in practice? Would we see trained economists switching industries to become farm labourers?

Not quite – the transfer of individuals from one occupation to another is not really the right picture. The people most affected by this shift would be new entrants to the jobs market, and people returning to work after a spell of not working (after an illness or caring for children or elders, for example).

As illegal workers leave, vacancies open up at the low end of the labour market and close off at the high end. New entrants and people returning to the labour market are then faced with a less favourable mix of vacancies. This is what produces a shuffle down the occupational ladder.

Young people hoping to become police officers may find that the only vacancies are for security guards. Those hoping to become chefs might wind up as fast-food cooks, and people wanting to be teachers may settle for positions as administrative assistants.

In this way, the inevitable deterioration in the occupational mix of the legal residents takes place with no one actually switching occupation.

What Trump now advocates would generate the opposite experience. Departure of low-skilled immigrants would send legal residents down the occupational ladder.

How should the US handle illegal immigrants?

As Trump has pointed out, the Obama administration deported many millions of undocumented immigrants.

The Obama administration also proposed a broader approach to undocumented immigrants, which had four key elements.

First, most of the existing illegals should be legalised.

Second, border security should be tightened to control future supply of illegals.

Third, employers of illegals should be stringently prosecuted to control demand.

Finally, flexible temporary work visas should be used to deal with shortages of unskilled workers in agriculture. Unfortunately, these measures couldn’t get through the US Congress. 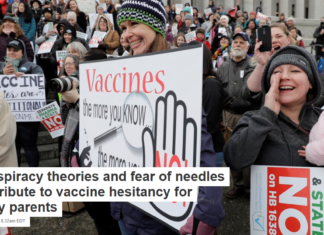 Staff Writer - August 15, 2019
Timothy Callaghan, Texas A&M University and Matt Motta, Oklahoma State University Over 1,160 cases of measles have been confirmed in the U.S. in 2019....