Why did U.S. President Donald Trump recently call off a retaliatory strike against Iran?

The answer was proportionality: Trump said the American response to Iran’s downing of an American drone should be on a similar scale.

That decision, Trump said, came from his “gut.”

Because the drone was unmanned, Trump said it would be disproportionate for a U.S. strike to result in approximately 150 Iranian deaths, the estimated number of likely casualties.

The decision to call off the strike at the last minute may have been the right one. But years of research on valuing human lives, conducted by us and many others, make a compelling case that deciding what is proportional based on gut feelings is a profound mistake.

A decision-making process that relies on intuitive feelings, rather than careful deliberation, invites a host of biases that make bad decisions, and disproportional consequences, far more likely.

Unfamiliar to most of the public, the principle of proportionality is well known within international law. It calls for any state responding to an armed attack to limit its use of force to be reasonable in relation to that used by the enemy. The principle of proportionality is intended to rein in the use of force by states, both in self-defense and during military operations.

Even when states are justified in their use of force, the law expects them to take into account and limit the potential damage that their actions can cause the enemy, including civilians. For instance, the International Court of Justice found in 2005 that Uganda had overstepped when it responded to “(limited) transborder attacks” by “the taking of airports and towns many kilometers” from its border with the Democratic Republic of Congo.

International law prohibits disproportional use of force not only because of moral reasons. Excessive force also may result in all-out war and cause enormous human and property losses.

Time and again, countries, including the United States, have caused damages so great as to raise questions about whether these are indeed proportional to the justified military objectives.

We argue that the importance of the principle of proportionality comes not from specifying precise numerical limits on acceptable casualties but rather from requiring a process for decision-making that carefully weighs the importance of minimizing casualties in the pursuit of other objectives. Without such processes, military operations are likely to result in disproportional damages to enemy civilians.

These kinds of deliberations can be short-circuited by an overreliance on gut instinct and emotion, which are susceptible to a number of strong psychological biases.

Weighing zero casualties against another number

The fact that no American lives were lost in the drone attack likely was a subtle biasing factor in Trump’s gut decision to halt the planned strike in the name of proportionality. The call was made easier in this instance by what psychologists call the “zero effect.”

As marketers well know, expressions of the number zero play an outsize role in decision making – think of “no money down” or “fat free.” Taking as many as 150 Iranian lives in retaliation for the downing of a drone that cost zero American lives intuitively feels excessive.

But what if one American had been killed … or 20 … or 100? What would have been the proportional response in those cases? The answer seems less obvious and the decision to strike or not would likely have been far more difficult. We tested this conjecture about the zero effect in an online national survey of 1,253 Americans conducted one week after Trump’s decision to halt the attack.

We asked respondents to consider a scenario much like the one Trump faced. But we varied how many Americans had died in the original Iranian air defense action: zero, as in the real case of the unmanned drone, one unidentified American, one identified American, or 10 or 25 Americans. In each scenario, we made clear the possibility that as many as 150 Iranians might die in a U.S. counterattack.

Our unpublished results showed a strong zero effect. Even though zero deaths versus 150 deaths and 1 death versus 150 deaths are not very different numerically, a single American death almost doubled the percentage of respondents who strongly supported a retaliatory strike.

As expected, the decision to support the strike felt much more difficult when one or more Americans had died.

What might be called personal or ideological biases also stood out in our data. Men, older persons, political conservatives and supporters of the death penalty for convicted murderers were more likely to support the strike. Women, young people, liberals and opponents of capital punishment were less supportive.

Beyond the zero effect, studies of decision making in the context of genocide and nuclear war find that people relying on gut feelings are strongly affected by other psychological mechanisms that may cause them to act in ways that result in grossly disproportional harm.

For example, on an emotional level, people care greatly about protecting individual lives, something known as the singularity effect. But as the number of deaths increases, “psychic numbing” begins to desensitize them. The life that is so precious when it is the only one at risk feels less important to protect within the context of a larger tragedy.

Added to that is something psychologists call the prominence effect. Prominence refers to the need to justify and defend one’s decisions. National security interests are a top priority in today’s foreign policy world. Thus, when the possibility to save lives appears to conflict with national security, security almost invariably prevails. It is more defensible to protect the homeland than acting to protect nameless, faceless, foreign lives, no matter their number. The recent Iran case is a rare exception, where the zero effect made restraint highly defensable.

The principle of proportionality attempts to counter these effects by slowing down the decision-making process to encourage thoughtful deliberation and careful weighing of the possible actions’ implications.

Acknowledge biases, move beyond them

From what we know of the biases associated with judging proportionality, were the president to revisit his earlier threat to “totally destroy North Korea” or his current threat to bring “obliteration like you’ve never seen before” to a recalcitrant Iran, it is unlikely that his gut alone would guide him properly.

Wise decisions that ensure proportionality in the use of force can only emerge from careful deliberation and consultation with civilian and military leaders. Vital information such as expected casualties should be taken into account well in advance of an attack.

Anyone charged with life and death decisions of this type must be alert to the psychological and personal biases that devalue human lives. Techniques from the field of decision analysis can help clarify the key elements of complex choices and provide a consistent, values-based framework for weighing the likely benefits, risks and trade-offs involved when pursuing security objectives may place many lives at risk. 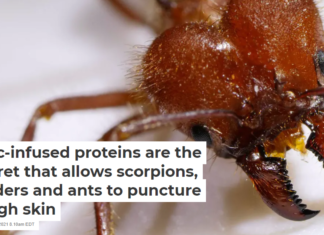