Sometimes, a picture can transform a culture.

Caitlyn Jenner’s Vanity Fair cover, which exploded across the country this week, certainly elicits comparisons with transgender actress Laverne Cox’s 2014 photograph on the cover of Time. Time itself called the photo of Cox a “transgender tipping point,” and, undoubtedly, it paved the way for Jenner to appear on the cover of Vanity Fair.

But Jenner’s photo also evokes a different cover, from a different time. Its existence owes just as much to a pregnant and nude Demi Moore on the cover of Vanity Fair in 1991.

Like Jenner’s cover, Moore’s image was gorgeously and memorably shot by Annie Leibovitz. In both, the women face the camera head-on (even as Moore is turned to show her pregnant belly), and the patina of the print is rich. There’s a barely restrained sexuality in both, even though they are not what the general American public has been trained to perceive as sexy: Moore is pregnant, Jenner is a transgender woman.

Both covers are as controversial as they are iconic, and controversy sells. Moore’s cover helped the magazine shatter sales records. Even though it was considered indecent (it was displayed for sale behind brown paper), it sold more than one million copies (in contrast to a regular distribution at the time of around 800,000).

We don’t have sales yet for Caitlyn Jenner’s issue, but AdAge’s Michael Sebastian notes that it is “breaking the internet,” with millions of views across multiple platforms.

From shameful to beautiful

Moore’s Vanity Fair cover changed how the contemporary press represented pregnancy. Since her shoot – and in large part because of increased celebrity openness about their pregnant physiques – the pregnant body has largely lost its reputation as repulsive and embarrassing.

Pregnancy was long considered too risqué for polite company, and contemporary media’s coverage of female celebrities highlighting their pregnancy in form-fitting dresses could not have been imagined even as recently as 1970. That’s the year Cleveland junior high teacher Jo Carol LaFleur was placed on mandatory leave because administrators feared her body would distract, disgust and embarrass her students.

And just as there was backlash then, there will be backlash now.

Reproducing women are increasingly subject to surveillance and regulation by the state, strangers and each other. Barely any aspect of reproductive decision-making has been left untouched – from an employer’s interest in a woman’s use of birth control, to the state’s interest in her miscarriage.

The general public and the courts now work together to make women more responsible for their reproducing bodies, while the general public has become even more invested in performances of pregnancy and definitions of acceptable femininity. We became interested in those representations in part due to media coverage like Demi Moore’s Vanity Fair Cover.

Meanwhile, Jenner’s cover has already become fodder for those who wish to denigrate transgender people and cast aspersions on her transition process. Some on the political right now claim that Jenner’s transition is a “tragedy” that will not fix what’s wrong with her “human heart.”

It will be important for trans activists and allies to consider the limits of the publicity surrounding Jenner’s transition. While Jenner’s photo is stunningly beautiful, it’s also airbrushed. And expensive. Jenner also possesses considerable class and race privileges. Indeed, as both Laverne Cox and Jon Stewart have already pointed out, the cover represents a very particular form of idealized female beauty, and is being received in ways that don’t always challenge unreasonable expectations for women.

But it’s also important to note and celebrate the potential for equality inherent in the proliferation of this one photograph.

Much has been written about the relationship between law, social movements, and public perception of those movements. One theme often emerges: a necessary step in achieving social justice is having what’s considered “deviant” represented as normal – even beautiful.

Ultimately, the story of an Olympic athlete becoming who she is and was born to be – well, that’s beautiful in a way that defies expectations and represents transformative social change.

Renee Cramer is Professor of Law, Politics and Society at Drake University. 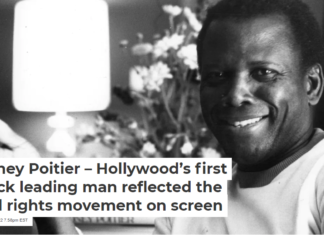 Staff Writer - January 8, 2022
Aram Goudsouzian, University of Memphis In the summer of 1967, Martin Luther King Jr. introduced the keynote speaker for the 10th-anniversary convention banquet of the...

What is a dwarf planet?

Donor beware: Pause before you give to any cause