Earlier this month, the Obama administration gave conditional approval to a renewed plan for Royal Dutch Shell to drill for oil offshore of Alaska’s Arctic Ocean coast in the Chukchi Sea.

“As we move forward, any offshore exploratory activities will continue to be subject to rigorous safety standards,” the director of the Department of Interior’s Bureau of Ocean Energy Management said in announcing the approval. In response, Shell has moved quickly to mobilize equipment and personnel to conduct drilling operations in this area as early as this summer.

Both Shell and the Department of Interior contend the proposed operations can be performed “safely.” Both organizations understand nothing beneficial will come if there is a major accident, such as an uncontrolled blowout during the proposed drilling operations.

However, the available evidence indicates the Department of Interior and Shell have not applied the best available risk assessment and management technology to configure the proposed drilling system and its operations to assure they are safe enough.

Safety is defined as “freedom from undue exposure to injury or harm.”

Safety means the likelihoods and consequences of major accidents are “tolerable” (acceptable, safe enough). Accidents with potentially high consequences should have a low likelihood of occurring. What is deemed to be safe is a function of what is determined to be a tolerable risk.

To be valid and realistic, quantitative estimates of the likelihoods and consequences of major accidents must be assessed using the best available knowledge. One must make diligent efforts to eliminate a wide variety of human and organizational biases that can distort risk analyses. Effective internal and external validation processes are the key to neutralize these biases.

Risk estimates are based on the proposed configuration of the integrated “system” of hardware as well as the human, organizational and environmental components. Special attention is devoted to understanding potential interdependencies and interactions among the interconnected system components and how the system might fail.

To prevent and mitigate major accidents, experts have processes and strategies to assess and manage the risk of a system configuration at different stages during the life of a system. These analyses assess the risk before an activity is performed, during activities, and after the activities are done. Personal safety is a subset of system safety.

These three integrated, coordinated approaches are meant to reduce the likelihoods and consequences of major system accidents and to increase proper detection, analysis and correction of expected and unexpected deviations in system performance.

Tolerable risks can also be determined from analyses of historic precedents, current standards of practice, and monetary cost–benefit analyses.

The system regulator – in this case, the Department of Interior – is responsible for definition of the tolerable risks. The system owner–operator, Royal Dutch Shell, is responsible for development of the risk assessments. The objective is to demonstrate to the satisfaction of the regulatory agencies that the risks are tolerable – a term called As Low As Reasonably Practicable by risk management professionals – during the life of the entire system.

Such goal-based risk assessment and management regulatory processes currently are being applied for drilling operations in the UK and Norwegian Sectors of the North Sea and offshore Canada and Australia. In several of these areas, the processes are identified as a Safety Case Regime.

For example, in Australian offshore oil and gas exploration, production, and transportation operations:

“A facility cannot be constructed, installed, operated, modified, or decommissioned without a Safety Case in force for that stage in the life of the facility.”

In the US, comparable risk assessment and management processes – called Process Safety Management – are used for commercial nuclear power generation facilities, and in some cases, in operations of oil and gas chemical refining and processing facilities.

In the case of the proposed drilling in the Chukchi Sea this summer, we are concerned primarily with a major accident involving an uncontrolled blowout of oil and gas from the exploratory well during the drilling operations.

In its current drilling plan, Shell estimated that such a blowout could involve discharges in the range of 8,000 to more than 20,000 barrels of oil per day (natural gas discharges were not specified).

The provisionally approved plans submitted to the Department of Interior include system task performance and equipment risk mitigations intended to control the likelihoods and consequences of uncontrolled blowouts.

These plans are based on the current “best practices” defined and specified by the Department of Interior. Shell does have significant experience with system risk assessment and management processes, including those that follow the Safety Case Regimes and Process Safety Management disciplines.

In 2012, Shell unsuccessfully attempted to drill in the Chukchi Sea, an ill-fated venture that included the grounding of the Kulluk drill rig and the failure of the oil spill containment dome. The failures experienced during the initial parts of that exploratory drilling program indicated that neither the Department of Interior’s permit guidelines and requirements, which were revised after the Deepwater Horizon spill, nor the risk assessment and management processes employed by Shell were effective.

Of particular importance was the finding by the US Coast Guard investigation into the grounding of the Kulluk drill rig that “inadequate management of risks by the parties involved was the most significant causal factor of the mishap.”

It was clear that Shell did not properly employ the Safety Case Regime risk assessment and management processes they had successfully used in other offshore areas that require the application of this technology. Shell’s claim that “…Shell has used the Safety Case Approach recommended by the National Commission…for all its contracted drill rigs, globally, for many years” failed to prevent the failures.

Further, it was clear in the wake of the Kulluk incident that the Department of Interior’s guidelines and requirements, developed in the wake of the Deepwater Horizon Macondo well spill in the Gulf of Mexico, also failed to produce the desired results.

One of the major problems is that the Department of Interior oil and gas operations and Arctic operations guidelines and requirements are not based on Safety Case Regime system risk assessment and management processes.

Following the uncontrolled blowout disaster of the Macondo well in the Gulf of Mexico in 2010, there were investigations by the US National Commission in 2011, the Deepwater Horizon Study Group and the Chemical Safety Board. These studies recommended that the Department of Interior integrate Safety Case Regime system risk assessment and management processes into their traditional experience-based “prescriptive” component-by-component, task performance guidelines and requirements.

Instead, with significant encouragement from the US oil and gas industry, the Department of Interior chose to continue to update and add to the existing best practices prescriptive guidelines, with some of the improvements suggested as a result of the post-Macondo investigations.

In addition, in February 2015, the Department of Interior issued new guidelines specifically for offshore Arctic operations. The Department of Interior also issued a supplemental Environmental Impact Statement covering drilling in this region. The final approved guidelines have not been issued as of this date, and it is not clear how these requirements will be applied to the conduct of Shell’s drilling in the Chukchi Sea this summer.

Given this background, what is the concern regarding the safety of the proposed exploratory drilling systems operations?

The concern is that neither the Department of Interior or Shell have determined, demonstrated or documented that the risks associated with an uncontrolled blowout that develops during the proposed drilling operations in the Chukchi Sea meet established requirements for system risk tolerability and safety outlined earlier.

Instead, reliance is being placed on the Department of Interior best practices of experienced-based, “piece by piece” prescriptive guidelines and regulations. These have not been proved or demonstrated to be adequate for the unique drilling systems, operations and environment involved in Shell’s operations in the Chukchi Sea this summer.

The stakes are too high and the potential risks too great for the best available risk assessment and management – Safety Case Regime – processes not to be diligently applied to the proposed drilling operations in the Chukchi Sea.

If we decide to do otherwise, then we must depend on the proper application of the existing guidelines and processes that have been permitted by the Department of Interior to deliver the required safety. We must be prepared to accept the consequences of this decision.

To read more on offshore oil and gas drilling, see: 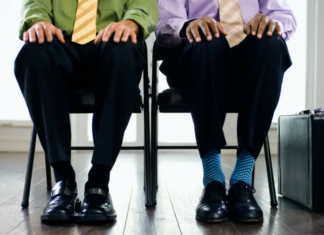