In the first scenario, a man and a woman sit across from each other at a romantically lit table in a fancy restaurant texting – looking down and talking to others, maybe each other – but rarely glancing up except to place drink and food orders.

In the second, a mother walks into a diner joining friends for lunch, carrying her 2-year-old. She sets him down at the table, hands him a tablet device, takes out her smartphone, searches messages, and half listens for only occasional moments of adult conversation squeezed in between swooshes across their collective screens.

What ties them together? The distance between them. Both scenarios reflect a new phenomenon of the digital age growing ever more rapidly. It’s called “virtual distance.”

Changing the rules of interaction

Virtual distance is a psychological and emotional sense of detachment that accumulates little by little, at the sub-conscious or unconscious level, as people trade-off time interacting with each other for time spent “screen skating” (swiping, swishing, pinching, tapping, and so on).

It is also a measurable phenomenon and can cause some surprising effects. For example, when virtual distance is relatively high, people become distrustful of one another. One result: they keep their ideas to themselves instead of sharing them with others in the workplace – a critical exchange that’s necessary for taking risks needed for innovation, collaboration and learning.

Another unintended consequence: people disengage from helping behaviors – leaving others to fend for themselves causing them to feel isolated, often leading to low job satisfaction and organizational commitment.

Virtual distance research underscores that the rules of interaction have changed. It changes the way people feel – about each other, about themselves, and about how they fit into the world around them.

But the demonstrated impacts measured among adults seem comparatively benign when considered against what it might be doing to children.

Virtual distance and the growing child

Kids learn by looking at loved ones closely, watching what they do and listening to how they say things. The actions and behaviors parents model have a profound and lasting impact upon a child’s development. For example, the “serve and return” of interactions between children and adults is a key factor in child cognitive development.

If much of what the child notices about the world comes from a small screen where only a shallow representation is available, what do children have to mimic? How much practice do they get developing human capacities crucial to establishing emotional ease and social sensibilities?

Virtual distance is a game-changer when it comes to human relations. When technology is used as an agent for relationships, in some cases it can be beneficial. However when technology is used purposelessly as a default it doesn’t just squeeze out sophisticated interpersonal interactions, it changes the nature of what’s left.

Purposeful use of technology can support children’s learning but when technology becomes either a substitute or a proxy for relationships, language development in children can be held back. Communication becomes the transfer of impersonal information instead of the sharing of a passion. This can have an impact on language development for kids, but it can have affects on other aspects of our lives.

Taking a risk and having a go at that tricky math problem seems more difficult when a child is on their own than when with a friend. More so sticking with a difficult task (a real gym-buddy is more effective than an app).

These kinds of skills – self discipline, ethical understanding and interpersonal communication, as well as social ability, and critical thinking (among others) – are what UNESCO calls “transversal competencies.” And they can be impaired through virtual distance.

When the ripple effects of actions and inactions seem to go no further than the screen, empathy and collaborative skills can be difficult to develop. For example, children seem to have trouble looking into other people’s eyes and are less able to hold conversations.

As connectivity increases, connectedness can lose out.

Screens are everywhere, but we don’t need to let them get in the way

If two adults spend the night texting over dinner they are likely to feel emotionally disconnected. However, they can get over it because older people have the ability to look at themselves from afar and make changes to improve their lives.

They can reflect on their night out and come to realize that virtual distance got in the way of what they really wanted, what they really needed – to hold the other’s hand instead of touching the lifeless screen.

This kind of self-awareness and understanding about how we think and learn is called metacognitive insight. It allows the adults in this example to choose to change their behavior. They can intentionally turn their attention toward reviewing the situation. Most adults today grew up in an era before digital technology was as ubiquitous as it is now. They may have an instinctive understanding of what virtual distance is, even if they don’t have a term for it. And they have the experience to know that interactions can be different.

Kids, on the other hand, have less experience with the world. And many children in technologically advanced societies have grown up with smartphones, tablets and other forms of digital technology within arms reach. If they grow up with virtual distance as the norm, they might not know that interactions can be different, or how.

Knowing that virtual distance can affect their small ones in profound ways, grown-ups can stop and consider which path to choose. Educators can also act intentionally. They can create curriculum to “teach back” some of what we know kids need to learn but may miss as they mature in the digital age.

Virtual distance is simply a new facet of life that has to be deliberately folded into the way people live their lives and raise their kids. It’s not good. It’s not bad. It just is – much like the technologies that sparked its inception.

Karen Sobel Lojeski is Assistant Professor, Technology and Society at Stony Brook University.
Martin Westwell is Professor of the Science of Learning at Flinders University. 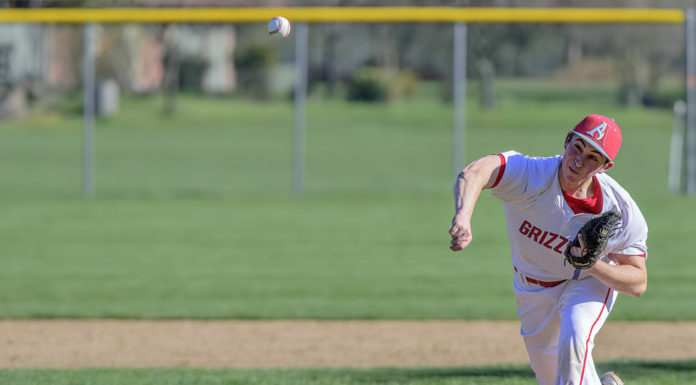 Plastic trash in the ocean is a global problem, and the US is the...