Socioeconomics play a significant role in attitudes about food – especially concerns about safety and purchasing behavior. And higher income doesn’t always correlate with informed choices. On the contrary, our research shows that affluent Americans tend to overestimate their knowledge about health and nutrition.

The latest Food Literacy and Engagement Poll from Michigan State University’s Food@MSU initiative reveals that nearly half of Americans (49 percent) in households earning at least US$50,000 annually believe they know more than the average person about global food systems, while just 28 percent of those earning less are as confident. However, when we surveyed people on a variety of food topics, affluent respondents fared no better, and at times worse, than their lower-earning peers.

We sampled over 2,000 Americans age 18 and over online. Results were weighted to reflect U.S. census demographics for age, sex, race and ethnicity, education, region and household income to bring them into line with their actual proportions in the population.

In our survey, we asked people whether they avoid products containing “chemicals” when purchasing groceries, without further defining the term. Seventy-three percent of respondents with high incomes said yes, compared to 65 percent of people living in lower-income households. Chemicals tend to be demonized in popular culture, but they are fundamental to the ways we see, hear, smell and interpret the world.

We suspect that many Americans confuse the general term “chemicals” with pesticides or food additives, such as artificial flavors and colors, because these ingredients often make the news when they are shown to be harmful. But broadly, chemicals are what make up humans and our food. This example highlights the vast disconnect that we have found between science, food and the public broadly, and also suggests that wealthy Americans are not more informed than their less affluent peers.

Our new poll data also adds to a growing body of literature demonstrating how socioeconomic factors influence access to information about health, safety and nutrition.

For example, just 59 percent of lower-earning Americans recognized the term “Bisphenol A (BPA),” an industrial chemical in some plastics and resins that can seep into food and beverages. In contrast, 80 percent of wealthier consumers were familiar with it.

Similarly, 85 percent of lower-income respondents were familiar with the term “genetically modified ingredients (GMOs)” compared to 93 percent of higher earners. Although BPA and GMOs are two very distinct topics, both are hotly debated in policy discussions and it appears that lower earning Americans are disproportionately being left out of the conversation.

We also observed that even though higher earners have more access to information about food, they are also more likely to be influenced by misinformation and pseudoscience.

We suspect affluent Americans are more likely to encounter unsubstantiated information – online, among friends and family, and at farmers’ markets and pricier upscale grocery stores – that raise unfounded concerns about this widely used technology.

The result is a persistent perception that certain “organic” or non-GMO products are somehow healthier, which is unsupported by research. This attitude puts pressure on some consumers to pay more for produce with these labels or suffer from feelings of guilt or shame if they cannot afford to provide pricier items for their families.

Our findings reveal that household income has a significant influence on access to information and shapes attitudes about diet and nutrition, although higher income does not consistently correlate with better understanding. We believe they show the need for food experts and health professionals to work with social scientists to understand ways in which different communities make decisions about food. 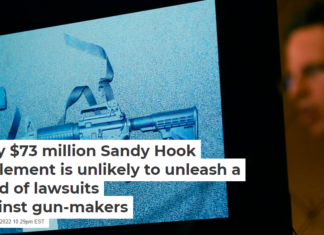 Trump should wage a war on waste instead of battling the...