So far, anti-Trump protests at the Republican convention in Cleveland have been relatively small in number, with marches in the hundreds, not thousands, and mostly peaceful.

On the campaign trail, however, anti-Trump activists have, on a few occasions, as in San Diego, turned confrontational and even violent.

Based on the research in my book, “Chicago ‘68,” on the effect of mass protests on elections, anti-Trump grassroots activists would be wise to avoid angry confrontation that might lead to violence and focus instead – as most have – on getting progressive sympathizers involved in the electoral process.

The obvious case in point, here, is the protests that took place at the 1968 Democratic convention in Chicago.

Protesters at that convention had a right to be angry. In 1968, the presidential nominating process had been rigged. The citizens’ right to make their votes and their voices heard had been trampled. Party bosses rejected voters’ overwhelming support for the antiwar candidacies of Eugene McCarthy and Robert Kennedy, nominating instead Hubert Humphrey, a candidate who had won not a single primary.

In that fraught moment in American history, as thousands of demonstrators – peaceful anti-war protestors and radical revolutionaries alike – came to Chicago, they were met with violence. Chicago’s police, directed by Mayor Richard J. Daley, laid into them with nightsticks, fists, mace and tear gas. Reporters and television crews were not spared.

What happened next – if lessons can be learned from history – should give pause to those who might now, in 2016, deploy militant, confrontational “democracy in the streets” tactics to challenge the legitimacy of Donald Trump’s candidacy at the convention or on the campaign trail.

In 1968, some 89 million Americans had watched the convention and its attendant protests on television. They had seen the police brutally attack the demonstrators. During the worst of it, as television networks broadcast violence into Americans’ homes, the demonstrators had chanted: “the whole world is watching.“ They had expected their fellow citizens to be repulsed by the police brutality, to be moved to join them in demanding greater democracy.

Chicago Mayor Daley stated that he had received more than 135,000 letters supporting his use of police – and only 5,000 complaints. Public opinion polls verified his claim. Only 10 percent of white voters believed that the police had used too much force on the protesters, while 25 percent believed the police should have been tougher. On the other hand, 63 percent of African-Americans thought the police had been too violent.

In the immediate aftermath of the convention, white voters fled the Democratic Party, blaming liberals for somehow creating an atmosphere of lawlessness. Humphrey dropped nine percentage points in polls. They aligned themselves with the “law and order” candidacies of Republican Richard Nixon and Independent George Wallace. Indeed, Wallace came within just seven percentage points of Humphrey in post-convention polling. Wallace, infamous for championing white supremacy, had told voters that he’d run over any demonstrator that tried to get in his way.

Protests, law and order, and elections

In 1968, like today, Americans were tired and scared of violence.

Rioters had burned city neighborhoods. Tens of thousands of Americans had died fighting an unwinnable war in Vietnam. Assassins had gunned down two of America’s greatest leaders. A majority of Americans just wanted the death and destruction – whatever its cause – to stop. They were far less concerned about the Bill of Rights and democratic practice than they were with order and security. Richard Nixon understood Americans’ fear. He promised to restore what he called the “first right of every American” – “to be free from domestic violence.” Nixon rode that message to the White House.

Donald Trump hopes to do likewise. Even more than Nixon, Trump feasts on voters’ fears. Disorder, violence and chaos are his allies. Thus confrontational protesters, whether at the Republican convention or on the campaign trail, are more likely to help his candidacy than to hurt it. Trump wants voters stirred up, angry and afraid. Disorderly and confrontational protesters play into his hands.

After the 1968 Chicago convention debacle, a leading anti-war organizer, Todd Gitlin, warned his fellow “movement” activists to be wary of the “fetishism of the streets.“ With hard-won knowledge of democratic practice, Gitlin emphasized that raucous demonstrations and public confrontations with the police might feel empowering for protesters but too often did not benefit their cause.

Similarly, civil rights organizer Bayard Rustin told his fellow activists at the Atlantic City Democratic convention in 1964 that they needed to understand the difference between protesting and politics. This distinction remains pressing for contemporary activists, as well.

Confrontational protest politics have a critical role to play in moving people from ignorance and apathy to understanding and empathy. Social movements, especially when organized by people locked out of normal political channels, depend on that process.

But presidential political campaigns demand a different kind of democratic practice. In a political moment – when a concrete policy decision is possible, or an electoral campaign is to be decided – democratic activists have to find a way to win what is possible, not simply voice their outrage.

Based on my historical scholarship, grassroots activism aimed at getting more progressive voters to the polls will be a far more effective tactic than angry street protests, whether at the convention or on the campaign trail. To defeat Trump, knocking on doors, not chanting in the streets, is more likely to win the day. 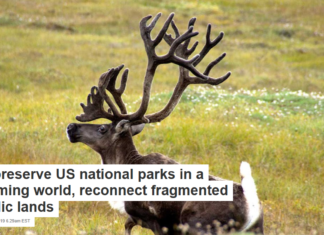