Growing up in the United States, I remember on Halloween my mother used to say, “Honey, this is not just a day for costumes and candy. You must also remember your relatives. Know their names.” She would show me pictures of great-aunts, uncles and other deceased relatives.

Meanwhile, my family members in Mexico observed Day of the Dead, a national holiday that is celebrated from Oct. 31 to Nov. 2. They would build small altars at home to honor their loved ones, and put food, drinks, photos and other personal items on them. They similarly decorated their ancestors’ graves.

These days, I am part of a small group of researchers who are working to recover Aztec philosophy. My focus is on Aztec ethics, which the Aztecs thought of as the art of living well, but we call the pursuit of happiness.

I’ve learned that Day of the Dead rituals, which date back to Mexico’s pre-Columbian peoples and are observed all over the Americas, are deeply rooted in Aztec ethics.

A brief introduction to Aztec philosophy

Shortly after Christopher Columbus arrived in the Caribbean in 1492, Spanish people
colonized the region. In 1521 the Aztec empire fell in a two-year war led by the Spaniard Hernán Cortés.

Afterwards, Spanish priests wanted to understand the native population in order to convert them to Christianity. They painstakingly detailed the Aztecs’ beliefs in volumes of material written in Nahuatl, the Aztec language. The most important of these sources is the “Florentine Codex,” written between 1547 and 1577.

The basic problem of life for the Aztecs, according to these sources, is that humans aren’t perfect – they make mistakes. “The earth is slippery, slick,” the Aztecs would say. And to avoid falling into error, people need to live a balanced life on three different levels: in their psyches, their bodies and their society.

The top individual goal in Aztec ethics, then, is for people to balance their psyche. It is done by aligning the heart, or yollotl, and face, or ixtli. By “heart,” the Aztecs meant thoughts and desires. By “face,” they meant the rational organization of those desires.

Where Day of the Dead fits in

For the Aztecs, then, a happy life is achieved through balance. Individually, this means balancing one’s “face” and “heart,” but socially this involves friends, family and ancestors. Day of the Dead rituals help with this social balance.

It’s important to note that the “heart” is a metaphor for all of the body’s desires. Also, the Aztecs did not distinguish minds from bodies. They believed each region of the body had its own “mind.” For example, our eyes think one way, our ears another, and our skin another way still. As the scholar Alfredo Lopéz Austin argues, the Aztecs thought of consciousness as the result of this ecosystem of minds, with each mind competing for attention and expressing its own desires.

Within this ecosystem of minds, the Aztecs believed that three regions held the highest concentration of the cosmic forces that make humans living, moving beings: the heart (the physical heart, in this case), the head and the liver.

When we die, the Aztecs believed these three powers separate from our bodies. The ihiyotl, or breath, immediately rejoins nature. The tonalli, or vital strength, returns as energy to be called on in need. One’s yolia. or personality, however, travels to the land of the dead, called Mictlán. There, it endures a series of trials, including hunger and cold winds.

To help in the journey, each person’s yolia is accompanied by a little yellow dog and whatever offerings one’s loved ones make. That’s why on various days of the year – not only during Day of the Dead – family members are supposed to help the yolia of recently deceased relatives by offering them food, drink and other gifts at their home shrines.

But after four years, the yolia finishes its journey and rejoins the fundamental energy of the universe – “ometeotl,” or god. All that remains of the deceased, then, is their force of personality as tonalli, which, the Aztecs believed, could be called on by remembering their name.

By remembering our ancestors, Aztecs thought, we help balance our lives while we’re here on Earth and also support our loves ones in their afterlife. This, in essence, is the purpose of the Day of the Dead that many observe today. 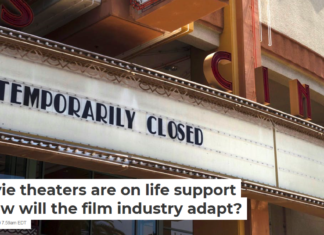 Movie theaters are on life support – how will the film...

Staff Writer - August 13, 2020
Matthew Jordan, Pennsylvania State University Since the start of the pandemic, the film industry has been in free fall. As deaths have continued to climb, so...

Was Jesus really born in Bethlehem? Why the Gospels disagree over...