Parallel universes – worlds where the dinosaur-killing asteroid never hit, or where Australia was colonised by the Portuguese – are a staple of science fiction. But are they real?

In a radical paper published this week in Physical Review X, we (Dr Michael Hall and I from Griffith University and Dr Dirk-André Deckert from the University of California) propose not only that parallel universes are real, but that they are not quite parallel – they can “collide”.

In our theory, the interaction between nearby worlds is the source of all of the bizarre features of quantum mechanics that are revealed by experiment.

Many worlds in existing interpretations

Now quantum mechanics is the most widely applicable and successful physical theory of all time, so you might wonder why it needs interpreting. There are two reasons.

First, its formalism is extremely remote from everyday experience. It is all based on a “wavefunction” which is like a wave, except that it lives not in ordinary three-dimensional space but in an infinite dimensional space.

Second, the so-called Bell correlations, which can be experimentally measured using distant quantum systems originating from a common source, violate the usual laws of local cause and effect.

This implies that the wavefunction formalism can’t be replaced by anything in ordinary space.

Heads or tails? Does the universe divide when faced with different possibilities?
Flickr/Connie Smith, CC BY-ND

The strangeness of the MWI is in postulating that any time any quantum system is observed in a universe, that universe “branches” into a bunch of new universes, one for each possible outcome of the observation.

The MWI has been criticised for the fact that it doesn’t define precisely when an observation occurs. Thus it is vague about how many worlds there are at any given time, and each world is somewhat fuzzy in its properties, being described by a wavefunction.

Also, because different outcomes happen with different probabilities, the MWI has to postulate that different worlds have different “weights” – some worlds are more important than others even though they are all supposed to be real.

Finally, once they are created, these different worlds don’t interact, so some critics say they are purely hypothetical and serve no purpose.

Our new theory also involves many worlds but there the similarity to the standard MWI ends.

First, we postulate a fixed, although truly gigantic, number of worlds. All of these exist continuously through time – there is no “branching”.

Second, our worlds are not “fuzzy” – they have precisely defined properties. In our approach, a world is specified by the exact position and velocity of every particle in that world – there is no Heisenberg uncertainty principle that applies to a single world. Indeed, if there were only one world in our theory, it would evolve exactly according to Newtonian mechanics, not quantum mechanics.

Third, our worlds do interact and that interaction is the source of all quantum effects. Specifically, there is a repulsive force of a very particular kind, between worlds with nearly the same configuration (that is, having nearly the same position for every single particle). This “interstitial” force prevents nearby worlds from ever coming to have the same configuration, and tends to make nearby worlds diverge.

Fourth, each one of our worlds is equally real. Probability only enters the theory because an observer, made up of particles in a certain world, does not know for sure which world she is in, out of the set of all worlds. Hence she will assign equal probability to every member of that set which is compatible with her experiences (which are very coarse-grained, because she is a macroscopic collection of particles). After performing an experiment she can learn more about which world she is in, and thereby rule out a whole host of worlds that she previously thought she might be in.

Putting all of the above together gives our theory – the Many Interacting Worlds approach to quantum mechanics. There is nothing else in the theory. There is no wavefunction, no special role for observation and no fundamental distinction between macroscopic and microscopic.

Nevertheless, we argue, our approach can reproduce all the standard features of quantum mechanics, including twin-slit interference, zero-point energy, barrier tunnelling, unpredictability and the Bell correlations mentioned above.

We call our theory an “approach” rather than an “interpretation” because for any finite number of worlds our theory is only an approximation to quantum mechanics. This gives the exciting possibility that it might be possible to test for the existence of these other worlds.

The ability to approximate quantum evolution using a finite number of worlds could also be very useful. Specifically, it could be to model molecular dynamics, which is important for understanding chemical reactions and the action of drugs.

Quantum mechanics has always been a puzzle because of the subtle but deep ways it deviates from Newtonian mechanics. That these deviations could be due to a delicate interaction of essentially Newtonian worlds with “nearby” parallel worlds is an entirely new solution to the quantum puzzle.

For us at least there is nothing inherently implausible in the idea, and for fans of science fiction it makes those plots involving communication between parallel worlds not quite so far-fetched after all.

Howard Wiseman is the Director of the Centre for Quantum Dynamics, Griffith University. 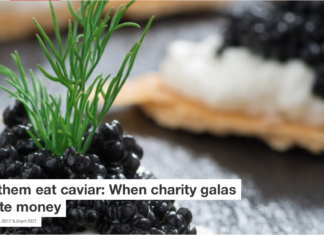