In Northern Ireland, Catholics and Protestants are frequently segregated, with some neighborhoods divided by barbed wire fences, reflecting deep historical conflicts between the faiths.

Ninety percent of Northern Ireland’s 1.87 million people are Christian, with Protestants, once the solid majority there, now slightly outnumbering Catholics. But members of these faiths remain divided decades after a 1997 peace agreement meant to end sectarian violence in the region.

It is illegal in Northern Ireland to end a pregnancy unless it endangers the mother’s life, though 65% of Northern Ireland’s population supports abortion. As a result, women who seek abortions typically go to England, where abortion is legal.

But, as my research on cases of low-income abortion patients shows, not everyone can afford abortion expenses. That includes women in the United States, where restrictive abortion laws mean the nearest clinic may be many miles away.

In one 2017 study, I examined data of over 2,300 patients in Ireland, Northern Ireland and Isle of Man who had received financial assistance from abortion funds, charitable organizations that help people access abortions they can’t afford.

Though the Republic of Ireland legalized abortion in May 2018, leaving Northern Ireland as the only nation on the British Isles with an abortion ban, our research took place when abortion was illegal in both nations.

The average abortion expense for our sample was US$585, while patients had on average just $307 at their disposal to pay for the procedure. Eighty-four percent of these abortion-seekers were single, 34% were age 21 or under, and 8% were minors. They had, on average, two children each.

This profile is comparable to that of the almost 4,000 abortion fund service recipients in the United States whose data we also studied. In the U.S., abortion is legal nationally but highly restricted in some states.

We found many similarities between the patients. The American patients had, on average, $422 to contribute to abortions that cost around $1775. They were also young, single parents of two. These American low-income abortion-seekers traveled, on average, 140 miles for their procedure.

Recent changes to U.S. family planning policy highlight another parallel between Northern Ireland and the United States: the influence of religion in reproductive health policy.

Title X funds have never been used to pay for abortion services. But by eliminating funding for facilities that offer abortions in addition to other reproductive services, the Trump administration rule may leave millions of low-income Planned Parenthood patients without family planning care.

The new rule is part of an old American effort, promoted by Christian activists and lawmakers, to make legal abortions as difficult as possible to obtain.

The new Title X rule builds on the 1976 Hyde Amendment, which prevents federal dollars from paying for abortion expenses. Low-income women relying on programs like Medicaid for health insurance must pay out-of-pocket for abortion, reallocating money that would otherwise go to food and rent.

While most manage to access a wanted abortion, research shows, some poor American women end up carrying unwanted pregnancies to term against their will.

Many states in the southern U.S. – a conservative region where 76% of residents identify as Christian – require a waiting period of up to three days for patients to “reflect” on abortion decisions. In practice, that means two mandatory in-person trips to the clinic and higher medical costs.

In Tennessee, where there is a 48-hour abortion waiting period, my recent research found that abortion-seekers from the mountainous Appalachian region reported financial and personal strain, as well as problems arranging child care and transportation. Appalachia is a rural, remote region where health care access is already compromised. The 48-hour waiting period likely puts legal abortion out of reach for some.

Many nations in Europe can be classified as predominantly Christian, much like the American South and Northern Ireland. But few allow religious ideology to influence their reproductive health laws.

In France, 60% of people identify as Christian, abortion is legal, and 80% of the French support the procedure in all or most circumstances, according to the Pew Research Center.

Legal abortion is similarly acceptable throughout Western Europe, Pew polling finds, with public support at 60% in Portugal, 65% in Italy and 72% in Spain – all majority Catholic nations.

Catholic Ireland, where even condoms used to be banned, recently voted to legalize abortion in the first trimester. The momentous decision was spurred by the death of a 31-year-old woman who was denied an abortion after miscarriage.

Irish voters’ willingness to modernize abortion laws against Catholic teaching reflects a reality that my research lays bare: Reproductive health policies based on ideology rather than scientific evidence fail to serve the public.

Studies show that abortion rates across countries are similar regardless of legality. So making abortions illegal or inaccessible generally does not stop women from getting them.

Wealthier abortion patients with adequate resources will overcome costs and other barriers that restrictive abortions law throw in front of them. Poor abortion-seekers are more likely to seek unsafe, even deadly, procedures.

Research from Latin America confirms this. This socially conservative, heavily Catholic region has the world’s most restrictive abortion laws. It also has the highest rates of clandestine abortions.

Religious freedom is critical in any free society, and faith provides a vital source of comfort for many people. But evidence shows that religion can be a burden, not a blessing, when it comes to reproductive health. 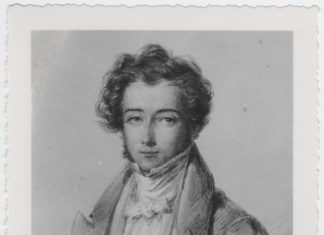 Staff Writer - July 6, 2015
John Keane, University of Sydney Editor’s note: On the occasion of Independence Day, we felt it appropriate to reprint, from our Australian edition, the remarks...