The future of HIV treatment bears no resemblance to its past.

Through the lonely days of the early single-drug treatment AZT to the arrival of combination therapy in 1996, and the new generation of fixed-dose therapies (one pill containing three or more drugs, taken once a day) of more recent times, we have focused on attacking the virus.

Spurred on by people who developed resistance after taking the only available early options, we have stalked the human immunodeficiency virus (HIV) from every direction science suggested.

But the distinction between prevention and treatment blurred once we understood the preventive effect of antiretroviral therapy on transmission. The short- and medium-term future is less about developing more treatments than how we deploy them.

One possibility is to treat every person with HIV, regardless of stage of infection. The rationale for this approach is that it will help the individual’s health as well as prevent transmission.

The recent arrival of reliable rapid testing should encourage more widespread testing and more immediate initiation of treatment in hard-to-reach participants. We have good drugs with minimal side effects and, if enough people take up treatment, it could theoretically stop the epidemic.

But questions remain: does everyone need treatment for their individual health benefits if they are otherwise well? Should we not be more selective with our expensive drug cocktails and stay with the present threshold of a CD4 (white blood cells that fall dramatically in number in people who have HIV) count of 500, which is more likely to capture people with already impaired immune systems who are more at risk of illness?

In concentrated epidemics, such as those in our region and in the west, HIV presents consistently among members of defined groups including people who inject drugs, men who have sex with men, and sex workers and their clients.

Given this, testing the general population would be an immense waste of resources. For people with HIV infection to benefit from treatment, they need to know they have the virus, have access to appropriate health care and be compliant with the treatment regimen.

Australian data indicate that fewer than 60% of people living with HIV have travelled the pathway from infection to diagnosis, to treatment through to viral suppression.

But there’s no doubt that we need to test more people more often.

In generalised epidemics such as those in sub-Saharan Africa, where the infection is across the whole community and not isolated in distinct populations, treatment as prevention is particularly attractive, leading to calls for universal testing.

A strategy of universal voluntary HIV testing for everyone over the age of 15, and the immediate provision of antiretroviral therapy for people who test positive, was shown in a mathematical model (based on data from South Africa) to be able to reduce HIV prevalence to 1% within 50 years.

This aspirational but costly approach is attractive. We have good evidence from Ethiopia and Malawi, for example, where the epidemic is already showing signs of declining incidence in the face of widespread uptake of treatment.

The general community approach has the additional virtue of dampening the stigma and discrimination that can occur when the epidemic is concentrated in key affected groups.

About 33 million people are living with HIV worldwide, most of them in lower- and middle-income countries.

The World Health Organization (WHO) goal of 15 million people in treatment by 2015 is unlikely to be reached (the present figure is 10 million).

International donor resources for HIV therapy, largely from the US PEPFAR program and the Global Fund to Fight AIDS, Tuberculosis and Malaria, appear to have peaked with little sign of alternative sources.

Realistically, we would need to double or triple the present aid levels to achieve universal treatment. But at a time of overt donor fatigue and moves to transition the cost of continued HIV treatment to each country, this is not very likely.

In the face of dwindling international aid, the provision of antiretroviral therapy seems unsustainable in the long term. For every two people established on HIV treatments, at least five become infected.

If we can’t dramatically escalate funding for a massive roll-out in the short term, then the long-term future must lie in accelerated vaccine research and the development of the magic bullet: a cure.

But what we all must remember is that the holy grail wasn’t found in the absence of significant resources for research. 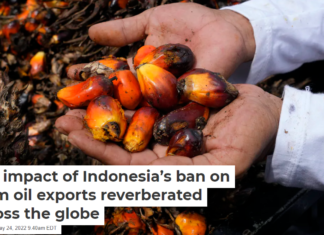 We’re a step closer to figuring out why mosquitoes bite some...