By Geraint Lewis, University of Sydney

UNDERSTANDING RESEARCH: What do we actually mean by research and how does it help inform our understanding of things? Those people looking for proof to come from any research in science will be sadly disappointed.

As an astrophysicist, I live and breathe science. Much of what I read and hear is couched in the language of science which to outsiders can seem little more than jargon and gibberish. But one word is rarely spoken or printed in science and that word is “proof”. In fact, science has little to do with “proving” anything.

These words may have caused a worried expression to creep across your face, especially as the media continually tells us that science proves things, serious things with potential consequences, such as turmeric can apparently replace 14 drugs, and more frivolous things like science has proved that mozzarella is the optimal cheese for pizza.

Surely science has proved these, and many other things. Not so!

The way of the mathematician

Mathematicians prove things, and this means something quite specific. Mathematicians lay out a particular set of ground rules, known as axioms, and determine which statements are true within the framework.

A statue of Euclid with something very interesting added to his scroll.
Garrett Coakley, CC BY-SA

One of best known of these is the ancient geometry of Euclid. With only a handful of rules that define a perfect, flat space, countless children over the last few millenia have sweated to prove Pythagoras’s relation for right-angled triangles, or that a straight line will cross a circle at most at two locations, or a myriad of other statements that are true within Euclid’s rules.

Whereas the world of Euclid is perfect, defined by its straight lines and circles, the universe we inhabit is not. Geometrical figures drawn with paper and pencil are only an approximation of the world of Euclid where statements of truth are absolute.

Over the last few centuries we’ve come to realise that geometry is more complicated than Euclid’s, with mathematical greats such as Gauss, Lobachevsky and Riemann giving us the geometry of curved and warped surfaces.

In this non-Euclidean geometry, we have a new set of axioms and ground-rules, and a new set of statements of absolute truth we can prove.

These rules are extremely useful for navigating around this (almost-)round planet. One of Einstein’s (many) great achievements was to show that curving and warping spacetime itself could explain gravity.

Yet, the mathematical world of non-Euclidean geometry is pure and perfect, and so only an approximation to our messy world.

Just what is science?

But there is mathematics in science, you cry. I just lectured on magnetic fields, line integrals and vector calculus, and I am sure my students would readily agree that there is plenty of maths in science.

And the approach is same as other mathematics: define the axioms, examine the consequences.

Einstein’s famous E=mc2, drawn from the postulates of how the laws of electromagnetism are seen by differing observers, his special theory of relativity, is a prime example of this.

But such mathematical proofs are only a part of the story of science.

The important bit, the bit that defines science, is whether such mathematical laws are an accurate description of the universe we see around us.

To do this we must collect data, through observations and experiments of natural phenomena, and then compare them to the mathematical predictions and laws. The word central to this endeavour is “evidence”.

The mathematical side is pure and clean, whereas the observations and experiments are limited by technologies and uncertainties. Comparing the two is wrapped up in the mathematical fields of statistics and inference.

Many, but not all, rely on a particular approach to this known as Bayesian reasoning to incorporate observational and experimental evidence into what we know and to update our belief in a particular description of the universe.

The only way is down for these apples.
Flickr/Don LaVange, CC BY

Here, belief means how confident you are in a particular model being an accurate description of nature, based upon what you know. Think of it a little like the betting odds on a particular outcome.

Our description of gravity appears to be pretty good, so it might be odds-on favourite that an apple will fall from a branch to the ground.

But I have less confidence that electrons are tiny loops of rotating and gyrating string that is proposed by super-string theory, and it might be a thousand to one long-shot that it will provide accurate descriptions of future phenomena.

So, science is like an ongoing courtroom drama, with a continual stream of evidence being presented to the jury. But there is no single suspect and new suspects regularly wheeled in. In light of the growing evidence, the jury is constantly updating its view of who is responsible for the data.

But no verdict of absolute guilt or innocence is ever returned, as evidence is continually gathered and more suspects are paraded in front of the court. All the jury can do is decide that one suspect is more guilty than another.

What has science proved?

In the mathematical sense, despite all the years of researching the way the universe works, science has proved nothing.

Mark the spot where nothing was proved.
Flickr/Rob, CC BY-NC-ND

Every theoretical model is a good description of the universe around us, at least within some range of scales that it is useful.

But exploring into new territories reveals deficiencies that lower our belief in whether a particular description continues to accurately represent our experiments, while our belief in alternatives can grown.

Will we ultimately know the truth and hold the laws that truly govern the workings of the cosmos within our hands?

While our degree of belief in some mathematical models may get stronger and stronger, without an infinite amount of testing, how can we ever be sure they are reality?

I think it is best to leave the last word to one of the greatest physicists, Richard Feynman, on what being a scientist is all about:

I have approximate answers and possible beliefs in different degrees of certainty about different things, but I’m not absolutely sure of anything.

Further reading:
Why research beats anecdote in our search for knowledge
Clearing up confusion between correlation and causation
Positives in negative results: when finding ‘nothing’ means something
The risks of blowing your own trumpet too soon on research
How to find the knowns and unknowns in any research
How myths and tabloids feed on anomalies in science
The 10 stuff-ups we all make when interpreting research

Geraint Lewis receives funding from the Australian Research Council, including a Future Fellowship. 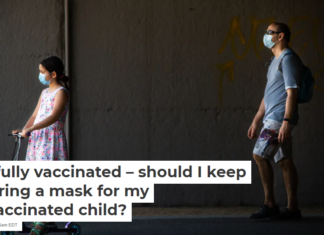 Most disappointing headline ever (No, chocolate will not improve your memory)

Is Trump’s Supreme Court nominee Neil Gorsuch a judicial or a...