You may have seen ads run by the big cigarette companies listing the dangers of smoking and that they manipulated cigarettes to make them more addictive.

The path to the advertisements the big cigarette companies are now running in newspapers, radio, and television began in New York’s Plaza Hotel in December, 1953.

That’s when the heads of America’s tobacco companies, their lawyers, and the Hill and Knowlton public relations company gathered to craft the tobacco industry’s response to growing public concern about the emerging evidence that smoking caused cancer. They decided that rather than accepting the fact that smoking caused disease, they would create an “independent” research organization, the Tobacco Industry Research Committee, to fund research to get to the bottom of the “smoking and health controversy.” They announced the creation of the TIRC in full page ads in newspapers and magazines all over the country assuring smokers and policymakers that the companies “accept an interest in people’s health as a basic responsibility, paramount to every other consideration in our business.”

The tobacco companies did no such thing.

I have spent decades studying and doing battle with the tobacco industry. There’s a backstory about why you are seeing these ads now.

Far from being “independent,” industry lawyers and executives controlled the TIRC (later renamed the Council for Tobacco Research) and other subsequent industry-wide organizations. These people used these organizations to funnel money to individuals and organizations that would contest the science linking smoking – and later secondhand smoke – with disease and death. Why? They needed support for the tobacco companies’ legal and political efforts to keep people smoking as much as possible and as long as possible so the companies could make as much money as possible.

These activities, marketing that tricked smokers into thinking that “light” and “mild” cigarettes are safer (they aren’t), as well as marketing to kids led many state attorneys general to sue the tobacco companies for fraud under state laws in the early 1990s. These lawsuits culminated in the companies agreeing to some limits on marketing (which is why there are no more tobacco billboards and only very limited sports sponsorship) and the multi-billion dollar Master Settlement Agreement with the states in 1998.

Based on this groundwork, in September 1999, the U.S. Department of Justice filed a civil lawsuit against the big tobacco companies and their scientific and trade organizations for defrauding the public to keep them smoking.

The Department of Justice accused the defendants of violating the Racketeer Influenced and Corrupt Organization Act (RICO) because they created an “enterprise” that crossed state lines that engaged in illegal activity.

After many twists and turns, in August 2006, Federal Judge Gladys Kessler found that the companies’ coordinated efforts violated RICO. She ordered them to end the conspiracy and not recreate it.

She prohibited them from contesting the dangers of smoking and secondhand smoke or denying that nicotine was addictive. She broke up their coordinated efforts, including the Council for Tobacco Research and similar organizations and prohibited the companies from working together to create new organizations.

She also ordered the companies to continue to make millions of pages of previously secret internal documents public. These documents, which will continue to be produced until 2021, have formed the basis for over 1,000 publications and reports that have changed the landscape of tobacco control policymaking.

And, after the industry’s appeals of the overall verdict were rebuffed, in 2012 the judge ordered the companies to publish “corrective statements” setting the record straight about the industry’s past behavior and the truth about tobacco.

Delaying the corrective statements for years

And yet, the industry continued to fight the corrective statements in court for five more years, particularly Judge Kessler’s order that the statements be preceded with “A Federal Court has ruled that Altria, R.J. Reynolds Tobacco, Lorillard, and Philip Morris USA deliberately deceived the American public about the health effects of smoking, and has ordered those companies to make this statement. Here is the truth.”

In the end, the industry succeeded in avoiding the statements that they “deceived” the public about the “truth.” The statements that were first published beginning on Nov. 26, 2017, are prefaced by the less damning (and less informative) “A Federal Court has ordered Altria, R.J. Reynolds Tobacco, Lorillard, and Philip Morris USA to make this statement.”

Still relevant, but not the end of the fight

People ask, after all this time, are these bland statements still relevant. After all, they doesn’t everyone know smoking is bad?

The reality is that, while most people have a vague appreciation that smoking is “bad,” they do not appreciate just how bad it is. In addition, the corrective statements address a wide range of issues, such as nicotine addiction and the fact that light and mild cigarettes are a fraud. These are issues that most people have likely never thought about.

Are these statements the end of the fight? No. Big tobacco is still doing everything it can to prey on its “customers” and protect its profits. The most recent entry into this field is Philip Morris International’s IQOS, a product that delivers nicotine by heating tobacco without burning it. Like “light” and “mild” Philip Morris International is promoting IQOS as safer than conventional cigarettes even though its own research shows that they are not detectably different in terms of 24 health measures.

And Philip Morris recently launched the Foundation for a Smoke-Free World, which, like the TIRC of 60 years ago, claims to care about health and be independent of Philip Morris.

All the corrective statements that the tobacco companies have to make are available here. 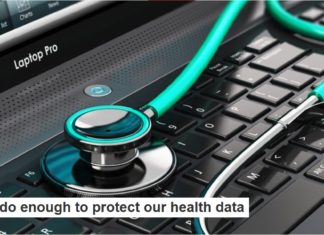 Staff Writer - October 22, 2017
Sharona Hoffman, Case Western Reserve University Have you ever wondered why your computer often shows you ads that seem tailor-made for your interests? The answer...