In the lead-up to the World Cup, articles appeared noting that Russian workers were being taught how to properly smile at the foreign soccer fans who would soon be visiting their country.

One of us – Masha – is a Russian immigrant. She’ll be quick to tell you that in Russia, randomly smiling at strangers in public is often viewed as a sign of mental illness or inferior intellect.

Of course, in the U.S. and many other countries, smiling is a common, reflexive gesture of goodwill.

There is, indeed, truth to the “smiling gap”: In our psychology research, we’ve noticed a striking difference in how often people smile in the United States when compared to Russia. To Americans, it might be easy to assume that this says something about Russians – that they’re an unfriendly, callous people.

But that’s not the case at all. Instead, it’s worth looking at why certain expressions, like smiling, become a key part of social exchanges in some cultures and not others.

As far as we can tell, there are two likely explanations for the smiling gap.

Display rules are often governed by something called “social distance,” which refers to the expectation of privacy in a given culture. Studies have found that in Russia, social distance is lower relative to the U.S., meaning that people generally expect to be approached by strangers and there’s more mutual understanding. There’s less pressure to display a positive emotion like smiling to signal friendliness or openness, because it’s generally assumed you’re already on the same wavelength.

When there’s greater social distance, there’s more wiggle room to get into trouble during a chance encounter. Because Americans expect a modicum of privacy even when out in public, strangers approach one another less frequently. When it does happen, it can be anxiety-inducing.

So when approaching a stranger, a smile can grease the social wheels of the interaction and help the other person feel at ease.

The meaning of a smile

Second, this phenomenon can be viewed through the lens of cross-cultural differences in personality or temperament. We know that different cultures have different ways of experiencing, expressing and regulating their emotions.

For example, in our work, we’ve traced how kids in different cultures develop different temperaments.

In one series of studies with Helena Slobodskaya, a psychologist at Novosibirsk State University Research Institute of Physiology and Basic Medicine, we found that mothers in Russia, compared to American caregivers, reported that their infants and toddlers were more likely to demonstrate negative emotions, such as anger or frustration. The Russian mothers also reported that their young children exhibited lower levels of positive emotional expression, including smiling and laughter.

What do these results tell us?

In each culture, smiles work in different ways. In Russia, children may only contract their facial muscles when they’re truly happy. It’s an authentic expression of emotion.

In the U.S., however, kids may develop an understanding that smiling is an important social cue – one that doesn’t necessarily reflect how they truly feel, but instead signals acknowledgment or appreciation of another person. And this might explain why American kids who smile more also tend to have more self-control.

Next, the attitudes and beliefs of adults could play a role. American parents may think that children who express themselves in positive ways also possess other beneficial attributes, such as the ability to focus and control their behavior.

In other words, in the U.S., a happy child is perceived as a “good” child. Russian caregivers, on the other hand, don’t see any link between a kid who smiles a lot and his or her manners and behavior. So as these kids grow up, they’re less likely to smile in everyday social interactions.

Nonetheless, until the tournament ends, many foreign soccer fans will be gawking and smiling during every food order and request for directions. In response, many Russians will be gritting their teeth – and putting on their happy faces. 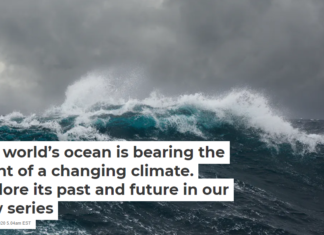 Staff Writer - December 6, 2020
Wes Mountain, The Conversation Oceans 21 is a Conversation international series examining the history and future of the world’s ocean. Five profiles open our series on...

Eric Garner, the ‘American problem’ and a chance to unite