On a recent episode of his Friday evening talk show, Bill Maher proposed that society combat obesity by body-shaming overweight individuals. He argued that “fat shaming doesn’t need to end, it needs to make a comeback” to deter people from overeating.

Obesity is a national epidemic that is placing a significant burden on our health care system. Nearly 40% of Americans are considered obese, costing upwards of US$150 billion dollars per year in health costs, according to the Centers for Disease Control and Prevention.

To individuals who are not obese, it can be easy to assume that overeating is strictly a failure of willpower and discipline. However, evidence shows that body-shaming and weight discrimination are misguided approaches, and often make the problem worse. Moreover, there are multiple biological forces underlying appetite and metabolism that may be beyond a person’s full control.

I am a molecular biologist with interests in the root causes of human behavior. As the author of the book, “Pleased to Meet Me: Genes, Germs, and the Curious Forces That Make Us Who We Are,” I have done extensive research into the biological forces that conspire to shape human personality and behavior, including the factors influencing our diet and tendency to overeat.

Maher tried to support his argument with the claim that “being fat isn’t a birth defect.” This is not necessarily true. Some people are born with genetic variations in hormonal systems that regulate hunger and satiety. Leptin, for instance, is a hormone that tells the brain when the stomach is full. People born with leptin deficiency cannot sense when they are full and frequently overeat. Other genes linked to energy metabolism, food cravings and the brain’s reward response have been found to be driving factors in overeating and weight gain.

There is also growing evidence that several health conditions, including obesity, may arise from how the environment in the uterus affects the development of the fetus. A 2014 study at the University of Denver showed that prenatal maternal stress influences childhood obesity. Why should children be shamed for their mother’s stress during pregnancy?

There is compelling data that the microbes in our intestines, part of our microbiome, may influence our food cravings and the tendency to overeat. Microbiologist Jeffrey Gordon at Washington University has conducted pioneering studies charting differences in the bacterial species inhabiting the guts of lean versus obese people.

It is also well-established that certain medications, like steroids, alter metabolism and fat deposition, leading to weight gain. Brain injury and tumors can also induce overeating and obesity. While these causes of obesity are less common, I think it is unfair to make assumptions that obese individuals are in full control of their behavior.

Fat-shaming does more harm than good

Most recently, a 2019 study showed that weight discrimination significantly contributed to an overall health decline in all participants. In addition to weight gain, multiple studies have shown that body-shaming also harms psychological health, frequently leading to depression.

There are more effective, not to mention more compassionate, ways to help those struggling with obesity. As British physician Stephen O’Rahilly has written, “The growing evidence that humans can be genetically hardwired to become severely obese should eventually lead to a more widespread realization that morbid obesity is a disease requiring further scientific research, rather than a failure of willpower requiring sanctimonious moral opprobrium.” 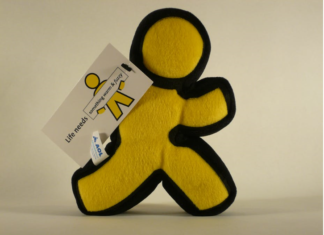 Staff Writer - December 15, 2017
Nicholas Bowman, West Virginia University Toward the mid-1990s, America Online (by then going by its nickname, AOL) was the company through which most Americans accessed...