By Judith Hebron, University of Manchester

Bullying can affect anyone at any time, but young people with autism are especially vulnerable. The results can be devastating. Not being able to keep up with the teasing banter that often takes place among groups of young people can make the social world a very daunting place for children with autism. Being at odds with their peer group can lead to social isolation, rejection, and a lack of the supportive friendships that can protect against bullying.

Autism (including Asperger syndrome) is a developmental condition that the National Autistic Society describes as affecting “how a person communicates with, and relates to, other people and the world around them”. It is on a spectrum, meaning that although there are common areas of difficulty, people with autism are affected in very different ways, with widely varying degrees of severity.

As a consequence, while approximately 30% of young people with autism spectrum conditions attend special schools, around 70% are in mainstream settings, according to the government.

Worryingly, there is a growing body of research that indicates that young people on the autism spectrum are considerably more vulnerable to bullying than their peers.

Bullied for being different

The nature of autism means that negotiating the complex social world can be a challenging and daunting experience. It is a “hidden condition”, and so other children may struggle to understand why a pupil with autism is behaving in a different way. Results from my recent research – in which more than 100 parents and 700 teachers of children with autism spectrum conditions participated – indicated that behaviour problems are a major predictor of being bullied.

Outbursts can be seen as frightening or disruptive by peers, despite being a result of unbearable levels of stress and anxiety. It is also difficult for other children to understand some common differences, such as having particularly strong interests or sensitivity to noise. Jokes and sarcasm can also be problematic, with the autistic child often taking the literal meaning of what is said.

One such example would be a teacher telling a pupil to “pull up your socks” when intended to encourage more effort. This may be met with confusion and (what is perceived to be) an inappropriate or cheeky response by an autistic child who has taken the comment at face value.

With the arrival of adolescence, social groupings and conventions become more important and complex, presenting additional challenges. While bullying is generally thought to decrease with age, my research suggests this may not be the case for young people with autism. We should be more, rather than less concerned, as this group of young people grows older.

Indeed, there have been a number of tragic cases where a young person with autism has taken his or her own life, often following years of bullying and isolation from peers. While suicide is thankfully rare, the short and long-term effects of being the victim of bullying have been well documented. These negative consequences include low self-esteem, difficulties at school, and mental health issues, all of which can persist long after the bullying has ceased.

What can parents and schools do?

All of this paints a bleak picture. But it is important to remember that not all young people with autism are bullied, and there are strategies that can be used to prevent it. Bullying is a complicated context-dependent problem and it is important not to tackle one aspect in isolation but develop adaptive strategies, such as social stories.

Nevertheless, we need to focus not just on the victims, but also on the bullies and bystanders. There is evidence that teaching pupils what to do if they witness bullying can help to protect victims, as children can learn to intervene, put pressure on bullies, or seek adult assistance.

Teachers with a good awareness of autism can be instrumental in promoting tolerance and encourage difference and individuality. It is also important to achieve a balance between support and independence at school.

Too much adult support can prevent pupils with autism from having appropriate contact with peers. But insufficient support may lead to increased vulnerability to bullying, such as on the school bus or at break and lunchtime. Close contact and collaboration between home and school can also help build positive relationships. It is valued by parents who may be the first to spot the warning signs that their child is being bullied.

Tackling bullying cannot happen in a vacuum, and it is clear that multiple strategies are needed. If this can be achieved – as is the case in many proactive schools with a strong anti-bullying ethos – then the bullying of this potentially vulnerable group of young people can be prevented.

Judith Hebron has previously received funding from the Department for Education for the evaluation of Achievement for All. She is currently funded jointly by the Simon Research Fellowship at the University of Manchester and the Leverhulme Trust as an Early Career Research Fellow. 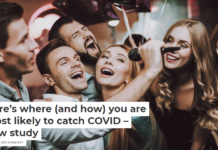 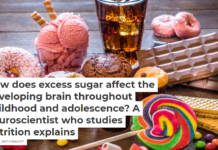 How to distinguish a psychopath from a ‘shy-chopath’