Where do inventions come from? There’s no magic formula, but there are ways to improve your creativity. One method is to look at nature. Some call this activity bionics, others call it biomimetics. Whatever you call it, it is big business: in recent years we have seen the rise of university courses, institutes and learned journals in the subject. The term I prefer is bio-inspired design, and here’s why.

If it hadn’t been for birds, I doubt if anyone would have even thought that it might be possible for something heavier than air to get airborne. With his flying machine, Leonardo da Vinci had a detailed design that looks, on paper, very impressive. But it doesn’t work.

Several centuries passed before we realised why. The bird’s wing performs two separate tasks, both of which are essential. By its shape, it provides lift when air passes over it. And by its movements it provides power. The crucial step to making aircraft was to separate these two functions, leaving the wing to do the lifting but transferring the power function to an engine and propeller, something no bird ever possessed.

There is an important lesson here. The first step is to imitate nature, and the second step is to abandon nature’s ways. At some point you have to give up the love affair, dump nature and move on. The problem is that simply copying nature doesn’t work.

Here is an example from my field – structural materials. Bones are an excellent material, providing support and strength. Currently we can’t make materials that reproduce a bone’s internal structure. But even if we could, we wouldn’t be able to use it in engineering structures for many reasons.

First, nature can live with failure, but we can’t. When we design a component for a car or aircraft, we need to ensure that the probability of failure of that part per year is something like one in a million. Because a vehicle has thousands of parts and is supposed to last for tens of years without catastrophic failure.

But nature is happy to work with much higher failure rates: the chance of breaking a bone if you are a monkey in the wild is about 2% per bone per year. If engineers worked to that standard they would soon be looking for another job. The reason for this difference is that for nature the failure of an individual is of no consequence. What matters is the survival of the species. So nature is wasteful of individual lives, in a way which we risk-averse humans can’t tolerate.

In a recent paper, published in the Journal of Mechanical Engineering Science, I consider several bio-inspired concepts. One is the work of the German engineering Claus Mattheck. His book Design in Nature: Learning from Trees is a classic on biomimetics. Mattheck’s lifelong love affair with trees has led to many important innovations in engineering design.

One of these considers the junction where the branch of a tree meets the trunk. Mattheck said the curvature around this junction was very cleverly designed to minimise the concentration of stress that occurs when engineers try to design the same shape. He suggested that the tree was sensitive to stress and so, as it grew, would deliberately place material in such a way as to minimise stress. He developed a computer programme to simulate tree growth, and the result was a fantastic reduction in stress concentration, allowing for more slender components. This is important, because shaving a few percent off the weight of a component in a car means lower material costs, less fuel usage, less CO2 emissions and so on.

But when I go and actually look at trees, I don’t think Mattheck is right. I don’t think trees are doing what he thinks they are doing, and proving it would be quite difficult. But of course it doesn’t matter if you remember that nature was only the starting point, not the objective of the exercise.

Another example is the recent news that scientists have discovered an animal that runs faster than any other – and it’s a mite. The story – no doubt distorting the original science – was that this mite runs faster than a cheetah if you measure speed in terms of how many body lengths it covers per second.

The report predicted that this fascinating result will be used by bioengineers to improve engineering design. Well, perhaps it will, but if so the inspiration will be the opposite of what it seems. It is well known that smaller animals can run faster when measured by body size – even the humble cockroach beats the cheetah on that measure. But a simple biomechanical model, applying the appropriate scaling laws, would suggest that all animals should be able to run at the same absolute speed, not the same relative speed. So the inspiration here will come from asking “why are the little guys so slow?”.

Nature can be a wonderful muse, an excellent starting point in the development of a new engineering device or material, but don’t make the mistake of thinking that nature has already solved your problems for you.

Next, read this: Nature must remain at the heart of engineering solutions

David Taylor does not work for, consult to, own shares in or receive funding from any company or organisation that would benefit from this article, and has no relevant affiliations. 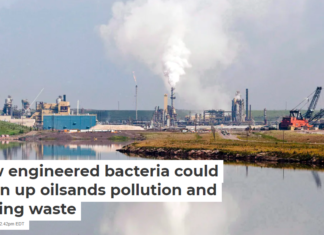 Why do human children stay so small for so long?

How testosterone and oxytocin hormones interact in male work and parenting...