Uber, the leading company in the taxi app sector, recently had to defend its company culture, values and ethics due to several reported incidents. These range from customer complaints, poor safety standards, protesting cab drivers and, more recently, reports on how the company handles customer data.

While Uber has come in for a great deal of criticism and been given an “F” rating from the Better Business Bureau, this doesn’t seem to be hurting the number of downloads the app is getting. The app continues to rank in the top ten of downloaded apps, both in Google play and Apple stores. So does this mean to say that Uber’s culture and values have no impact on its customer base?

There are several factors that must be considered when assessing the continued popularity of the app. But a key concept in understanding customer behaviour is called the “citizen-consumer duality” and refers to the double role that individuals play within society.

Although customers today are considered to be more educated, aware and better informed about issues such as corporate citizenship, ethics and company culture, this does not guarantee that individuals will actually behave accordingly. In many cases this type of information is not the main driver of customers’ decisions. This does not necessarily mean though, that the public does not care about the culture and the ethics of the companies whose products or services they use.

In their role as “citizens”, people may consider these issues as very important and if asked they may express negative opinions towards businesses whose values and practices don’t agree with what they consider as acceptable. But when involved in a real life purchasing situation, people tend to think as “consumers”. Consumers are driven by personal preferences and economic incentives and therefore care more about factors such as price, quality, convenience, brand name and popularity.

Uber owes part of its success on concentrating on this consumer role of people by offering an innovative, more convenient and higher quality alternative to a seemingly unchangeable service, and receiving positive word of mouth from satisfied customers. This is what has strengthened their position in the market.

The recent spate of bad press showing the darker side of Uber will connect to the citizen side of individuals. Things like the company’s culture and values refers to the long-term benefits the company has for society as a whole and for other people. This could be the cab drivers, other unfortunate customers or the journalists who are criticising Uber and have been threatened. But because it’s relatively new and only affecting others, the sense of ethical responsibility it evokes only speaks to people’s citizen side, not their consumer side, which makes the decisions about spending.

Reinforcing the consumer side of individuals is of course an approach that can be proven extremely useful in retaining customers, especially in times of ethical crisis, like the one that Uber is currently going through. For example, following an executive’s public suggestion that the private lives of journalists that express unfavourable opinions for Uber’s business should be investigated, one of their celebrity investors, actor Ashton Kutcher, has posted numerous tweets calling into question the source of some of Uber’s criticism:

While Kutcher is not speaking on behalf of Uber, his message is an example of shifting the focus away from the important issue of confidentiality of personal information – an issue relevant to each and every one of Uber’s customers – and tries to limit it to a very specific group of “shady journalists”. For the rest of Uber’s customer base this implies that if you are not a shady journalist, this is not relevant to you, there is nothing to be worried about. In other words: This is a problem for the ‘citizen’ not for the ‘consumer’- a problem of ‘someone else, at some other place at some other time’.

Such an approach however, cannot be sustainable in the long-term. People are neither passive victims in the market nor slaves of the consumer within them, and this is something that will become clearer as the taxi app market matures. As competition within the sector grows stronger, offering similar services to customers, companies will need more than just good quality services to succeed in a competitive market.

Other aspects such as ethical company culture and corporate citizenship will become increasingly important in determining a company’s brand identity and its ability to compete in the market. So far neither Uber’s main competitor, Lyft, nor any other company has taken advantage of the current negative publicity, nor have they tried to position themselves as more ethical alternatives. Nevertheless they should be expected to do so, and if Uber wants to keep being the leading brand in the taxi app market, it needs to focus more on improving their brand image and company culture. And soon.

Chrysostomos Apostolidis does not work for, consult to, own shares in or receive funding from any company or organisation that would benefit from this article, and has no relevant affiliations. 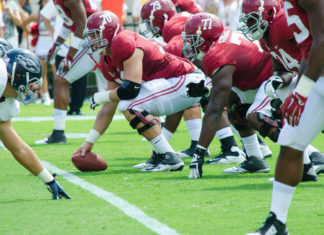 Staff Writer - December 16, 2014
By David Ridpath, Ohio University Parents, government officials, and tuition-paying students are all seeking solutions to the skyrocketing costs of higher education and the burden...