The pandemic has been a period of acute trauma at many levels. More than 3 million people have died globally from COVID-19, including over 600,000 in the United States. Doctors and nurses have experienced a moral crisis, feeling that perhaps they could have done more in spite of the tremendous demands on their time and resources. Families separated from loved ones, even those in their dying moments, are dealing with their own trauma.

It is a collective trauma – one suffered by the young and old, and shared in common around the globe.

I have spent much of my academic career studying genocide, most recently the 1994 genocide in Rwanda, in which at least 800,000 minority ethnic Tutsis were killed by armed militias within just 100 days. At one level, genocide and the pandemic have little in common other than the loss of life that occurs on a terrifying scale. But they both require a process of healing and recovery after the trauma ends.

The pandemic has traumatized people to a lesser degree but may also affect many well into the future. In interviews that I have done with survivors of the genocide in Rwanda, as well as elderly Armenian survivors of the 1915 genocide in Turkey, it has been clear that their trauma lingered for decades.

Looking at such extreme cases of genocide-related trauma can shed light on the experience of loss, isolation and fear that many people have experienced during the pandemic. The healing process of genocide survivors may offer lessons for post-pandemic recovery.

The growing body of research on trauma and the pandemic suggests that these experiences parallel, even if to a reduced degree, some of the characteristics I have observed among genocide survivors. They have shown many of the classic symptoms of post-traumatic stress syndrome, or PTSD. These include flashbacks of violence; nightmares; alterations in moods and emotions, such as being unable to remember events; difficulty concentrating, irrational guilt; and diminished interest in social interaction.

Many of the genocide survivors I’ve interviewed were unable to express positive emotions, including love and affection. They sometimes had dramatic swings in emotion from rage to withdrawal, as well as reckless behaviors including drug and alcohol use. During the genocide, survivors told me, they felt hopeless, disoriented, confused and unable to believe in the goodness of life.

In my book on the genocide in Rwanda, I argue that survivor trauma is in part a result of the collapse of the moral structures that make sense out of life. In Rwanda, half of all the killings occurred in churches where Tutsis had fled for safety. They were killed by members of the Hutu Power militia, or sometimes by neighbors who had been influenced by government propaganda.

Survivors said they cried out during the genocide, “Where is God?” Neighbors had turned against neighbor, and they felt a sense of hopelessness in feeling that God had not intervened. There was a crisis of trust.

When the genocide ended in mid-July 1994, the major institutions of society were gone. There were very few jobs, many survivors were homeless and family networks had been destroyed. Many Tutsi survivors I have spoken with expressed an extreme need to heal the rupture that had occurred in their moral sensibilities, the fracture in their sense of community and their personal sense of identity.

On my first trip to Rwanda, I met a survivor named Jean Gakwandi, who invited me to Solace Ministries. Gakwandi established this organization shortly after the genocide. It is headquartered in Kigali and has 60 communities of survivors around the country.

Gakwandi said that at first, survivors who had witnessed their children and spouses being killed could only cry, so he wept with them. He saw that his role was to listen to their stories, comfort them and offer words of hope. As Solace Ministries evolved, the focal point of its weekly meetings – which often last three to four hours – became the opportunity for survivors to stand and testify about their experiences, followed by singing, dancing and warm embraces.
At these gatherings, healing occurred in the context of community. It became a place where one was accepted and could develop a narrative about what happened during the genocide. Members became a surrogate family of widows and orphans who could share and shoulder each other’s burdens.

Solace Ministries developed programs to assist survivors with food, housing, education and medical care. But fundamentally, survivors needed to restore their sense of dignity as human beings, and that involved processing the traumatic events that they experienced. Forgiving perpetrators, if it occurred, happened at the end point of the healing process.

It was at Solace that I videotaped interviews with 100 survivors: orphans and widows of men killed in the genocide. A psychologist colleague, Beth Meyerowitz, also conducted surveys with widows at Solace Ministries, as well as with members of an orphan association of households headed by children. These surveys indicated extremely high levels of trauma.

But at Solace Ministries in particular, many survivors said that they had learned how to manage their trauma. In their words, they had “become human again” as they were able to tell their stories to, and be accepted by, a group of fellow survivors. They found new meaning in the context of a faith community.

The pandemic and trauma

The acute trauma of the Rwandan genocide is quite different from the deaths that occur in a pandemic. What happened in 1994 was a deliberate, hate-filled attempt, orchestrated by a small elite, to eliminate the Tutsi population. But there are parallels, I argue, in terms of the trauma experienced by pandemic survivors, and perhaps even in their healing process.

Symptoms of pandemic trauma include increased levels of anxiety, fear, depression and suicidal thoughts, even in people who were not on the front lines of medical intervention or did not experience the death of a family member or friend.

Parents have communicated fear to children, while isolation from others has turned people inward. The “unknowns” of the virus, including its long-term impacts, have instilled fear.

In the U.S., there are indications that medical professionals are experiencing heightened levels of trauma-related symptoms, as is the general public. Future research may find the same phenomenon in India, Brazil and other places where there have been large outbreaks of the virus.

In my work on the Rwanda genocide, I draw on the research of Judith Herman, who wrote a seminal book called “Trauma and Recovery: The Aftermath of Violence – From Domestic Abuse to Political Terror.” She believes there are three elements involved in the healing process: Survivors need to reach a place of safety, reconstruct the trauma narrative and restore the connection between individual and community.

These three steps have relevance to healing from the trauma of a pandemic:

First, one needs to feel safe. This feeling of safety is occurring for many in the U.S. as an increasing number of pandemic survivors become vaccinated.

Secondly, individuals needs to reconstruct their own trauma story and integrate it into their larger life narrative. This accounts for the need of people to talk about the pandemic and their experience of it.

Thirdly, the connection between individual and community must be restored, so that the individual can once again experience trusting relationships with others. This connection was especially important in the divide between Tutsi and Hutu neighbors after the genocide and explains the role of Solace Ministries in creating a social structure in which survivors could once again experience their own humanity. Similarly, pandemic survivors are learning to hug again as they come out of their self-imposed quarantines.

These three elements, in my view, will be relevant as survivors of COVID-19 attempt to deal with their residual fears and anxieties, as well as deeper trauma. The very deprivation of community, the isolation from extended family and friends, and memories of lost loved ones provide prisms for thinking deeply about what’s really important. As the pandemic winds down and people venture outside, the opportunity exists to value life in new ways.

Donald E Miller, Professor of Religion at the University of Southern California and Director of Strategic Initiatives at the Center for Religion and Civic Culture, USC Dornsife College of Letters, Arts and Sciences 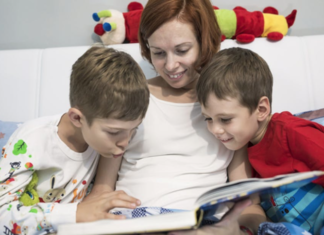 Staff Writer - September 19, 2017
Allyssa McCabe, University of Massachusetts Lowell With school starting, parents wonder what they can do to help their children succeed. Almost everyone knows that...

Why does money exist?