Links between human health and pet ownership are of widespread community interest but there’s little clarity about the issue in scientific circles.

It is relatively safe to say that pets can be good for people in a number of ways. When people go walking with a dog, they’re more likely to have conversations with strangers. And this increased social contact is beneficial.

Pets can also provide their owners with social support, acting as a friend and confidante. This may be particularly important for people who are socially isolated or vulnerable, such as older people and those with mental or physical disabilities or serious illnesses.

We know positive interactions with pets can increase feel-good hormones including oxytocin, which is associated with bonding and stress relief.

And children who live with cats and dogs as infants are less likely to develop reactions to common allergens.

But despite these studies, most scientists agree that the jury is still out when it comes to establishing the health benefits of pet ownership.

While some research reports describe health benefits, many others find no relationship, or even that pet ownership is associated with poorer health outcomes.

Indeed, results can be complex even within a single study.

So what’s going on?

One issue is that it’s extremely difficult to design conclusive studies in this area of research.

When studying the effects of a new drug, scientists typically assign participants to two groups. Neither the participants nor those responsible for data collection know which participants are receiving the real drug or an identical-looking fake.

Any difference in outcomes between the two groups can then be safely attributed to the effects of the drug. But living animals can clearly not be randomly assigned to people who may not want them or know how to care for them correctly.

Nor can the participants or the researchers be unaware of whether someone is assigned to a pet or placebo; it’s just too difficult to hide a big furry dog inside a brightly coloured capsule!

This means most people in human-animal studies own pets because they want to, which is likely to bias the results.

So even in studies where there’s a clear link between pet ownership and health outcomes, we can rarely say that the health outcomes are caused by the pet rather than some other factor.

People who own pets may have better health, but this may be because healthier people are more likely to own pets in the first place…because they can care for them. And so on.

A second issue that makes research in this area difficult is that each human-animal relationship is unique.

In some ways it’s like researching the effects of marriage – a perfect partnership has many positive benefits, but the wrong partnership can be truly awful.

Very few studies take into account the type of pet, how well it matches the owner’s needs, or the quality of the relationship between the owner and the pet.

Yet these details about the animal-owner relationship are probably critical factors in determining whether pets are beneficial or not. And, again, they’re impossible to control in experimental situations.

Researchers are working hard to solve these problems but the most we can say for certain is that pets almost certainly benefit the health of some people, some of the time.

Other people probably don’t benefit from owning a pet and, for some, it’s likely to be a costly exercise that may increase stress levels and result in health problems.

People who own pets that fit their lifestyle and meet their particular needs are most likely to benefit from pet ownership. But they don’t need science to tell them they’re happy with their animal companion anyway. 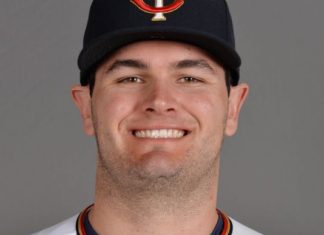 Staff Writer - September 10, 2015
Hey there everyone! I’m back for Round 2 here to give you guys and gals the Fantasy Football matchups I like the most this...