Stocks, which only recently were hitting a new record practically every other day, suddenly seem to be in free fall. Or at least on a very wild ride.

Global stock markets plunged on Feb. 5, continuing the already precipitous decline from the week before. The Dow Jones industrial average, one of the most widely followed indexes, fell by almost 1,200 points, a 4.6 percent loss and the biggest point decline on record. Put another way, the world’s 500 richest people lost about US$114 billion in a single day.

Since the Dow’s record peak of 26,617 on Jan. 26, the index has fallen almost 9 percent. This brings it close to what is known as a “correction,” which is often described as a fall of 10 percent. Corrections are simply a large enough fall in stock prices to get some people to believe the market’s upward trajectory has stopped. We’ll be in a “bear” market if losses reach 20 percent.

What does this mean for investors and the rest of us? In my view, there are three important ideas to keep in mind as we assess the impact of a plunging stock market on the economy and our wallets.

First, the stock market often makes very dramatic moves in a short period of time, and extreme volatility like Monday’s occasionally occurs. One of the most famous market plunges occurred in 1929, at the start of the Great Depression.

People were in a panic after only two days of steep losses. On Wednesday, which has no moniker, the Dow reversed course and rose up to 259. This rise almost entirely wiped out the previous day’s fall.

In other words, in the space of less than 36 hours, the Dow fell and then rose around 12 percent. This whipsaw action means the stock market is not a place for investors who are faint of heart – and many people’s savings and investments were wiped out as a result. But it also means that just because the stock market has large losses today does not means these large losses won’t be quickly reversed in the future. (Perhaps even as you read this article, the market is going up again.)

Falling or rising stock prices, even when the market changes dramatically, typically do not have a large or immediate effect on sales at stores, restaurants or other retailers. One reason for this is that people spend only a portion of their wealth each year.

Few people pay current bills and expenses from their stock market accounts. Instead, most people base their day-to-day spending decisions on their paycheck and other sources of income, not on their stock market holdings. Instead, stocks are often held to achieve long-term goals like retirement, a child’s or grandchild’s education, or a place to store money until needed to make a major purchase.

Moreover, when wealth increases, like when the stock market or housing market rises in value, people often spend only a fraction of that. When wealth decreases, many people don’t cut back their purchases on a dollar-for-dollar basis.

Economists call this change in spending the “marginal propensity to consume out of wealth,” and many believe the change in spending is around 4 percent of the total change in wealth. This means that whenever the value of people’s stock market holding goes up or down, spending at stores, restaurants and other retailers changes by only a small fraction.

The 4 percent spending figure might even be too high. Research by James Poterba and Andrew Samwick from the mid-1990s investigated what happened when the stock market went up, and they found “little evidence that luxury spending rises in the wake of rising stock prices.” Since other economic research suggests the 4 percent figure might be too low, it is likely the figure is about right.

The third idea to understand is that any dramatic drop or rise in the stock market affects relatively few people in the U.S. Many families have no savings, and, among those that have saved, not all have invested in the stock market.

Every three years, the Federal Reserve surveys thousands of American families about their finances. The effort is called the Survey of Consumer Finances. Its latest data show that just 14 percent of all U.S. families directly own shares or stock mutual funds.

So if you’re one of those 14 percent, Warren Buffett, for example, you care a great deal – he lost $5.1 billion on Feb. 5 alone. But for the other 86 percent, the daily fluctuations don’t matter quite as much since they don’t have a direct stake in the outcome.

Moreover, the amount of money invested by this select group of families that directly own stocks is quite low. Half of all families who directly invested in the stock market has $25,000 or less. That is not to say that everyone who invests socks away only a small amount. In recent days, the wealth of a small group took a significant hit, with the wealthiest losing about $250 billion since last week.

However, changes in future retirement income typically don’t affect spending today. Also, some people have options to buy their company’s stock in the future. While many of these options lost value recently, most people could not have spent the money from these options until years in the future.

What all this means is that the next time you hear that the stock market has set a new record low, or even a record high, know that it only affects a small proportion of Americans.

Among the families that are directly affected, the average will likely change its spending habits by only a little bit. Amazon’s Jeff Bezos, for one, is unlikely to change his lifestyle much just because he lost $3.26 billion in a day – as he still has $116 billion to spare.

Finally, a plunge today does not rule out a dramatic rise in the future.

Cratering stocks makes big news. However, like many headline news stories, there is only a small chance the news of a single-day plunge in stock values will have an immediate and direct impact on your life.

This an updated version of an article originally published on Aug. 24, 2015. 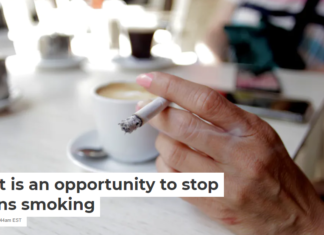 The Senate is set to approve it, but what exactly is...