Our consumer economy is polluting this town, literally and politically. A $2.36 million bribe to a lowly city councilman in the Los Angeles exurb of Moreno Valley led to a story of how our consumer economy of “two-day shipping, click-to-ship, and get-it-on-your-doorstep-by-noon-tomorrow” comes with a price “paid by the people who live in the shadows of the mega-warehouses.” That price is “lung-stunting, cancer-causing pollution and, in some cases, political corruption.” — BuzzFeed

Bad evidence and mistakes put an innocent 17-year-old in prison for 20 years. “We made some decisions that were bad decisions,” said Bill Hackathorn, one of Michelle Murphy’s defense attorneys. “I knew all along the most innocent person I ever represented got convicted because I wasn’t good enough.” The Tulsa World’s two-part series examines Oklahoma’s flawed prosecution of Murphy for the murder of her child.— Tulsa World via @caryaspinwall

If the inmate doesn’t die in prison, it doesn’t show up on prison rolls. In Orleans Parish Prison, seven inmates have died shortly after being released from custody, “an intentional circumvention of the public reporting requirements for in-custody deaths,” according to critics. Some of those deaths were classified as “natural causes,” but there is a deeper story here. Natural causes don’t mean the deaths weren’t preventable, which is “why thorough reviews after deaths are critical to determine whether the root cause of the death was something fixable, like improving CPR response times or changing medicine administration policies.” — The Times-Picayune via @NaomiMartin

Would you pay $1,439.28 for an early model iPad? Some who can’t afford it do. In some ways, the predatory lending to the poor that threw America into a tailspin in 2006 has moved on to smaller items like iPads and couches. Rent-to-own stores can charge effective interest rates of more than 100 percent and avoid state usury laws by categorizing the purchases as “leases.”  And the industry is growing: the store that sells the $1,400 iPad (over 72 weeks) currently has 204 stores and wants to double that number in the next three years.  — The Washington Post via @dabeard

Pyramid schemes are illegal but multilevel marketing companies aren’t. Herbalife is one of those MLMs. This company’s “nutrition-club system” recruits people to buy and then try and sell its flavored nutritional shakes. Critics say the company “targets poor, often-uneducated Latinos, many of whom are living in the country illegally.” This multipart series looks at multilevel marketing companies, pyramid schemes and the communities that gravitate to them. — Al Jazeera via @laurarenamurray @sonipaul 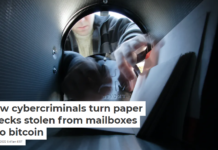 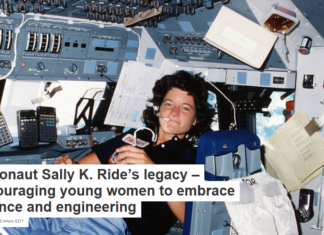