Depending on whom you ask, the odds of the United States winning its trade war with China and the rest of the world is either probable, possible, unlikely, out of the question or irrelevant.

Economists generally agree, however, that American consumers and most companies will be hurt, particularly if it continues much longer.

One early estimate, based on the tariffs so far, suggests that President Donald Trump’s trade dispute will cost the U.S. approximately 250,000 jobs and $210 per family. And the companies whose products are now more expensive to export to Europe, China or elsewhere – such as soybean farmers and motorcycle makers – are feeling badly squeezed.

Amid the escalating threats and retaliations by a host of countries across the world, it’s easy to get lost. To better understand the issues at stake in a trade war, we turned to articles from our archive.

A tariff, according to Amitrajeet A. Batabyal, a professor of economics at the Rochester Institute of Technology, is simply a tax levied on an imported good. By making that good more expensive for American consumers – whether individuals or companies – it hurts the foreign manufacturer, while benefiting domestic producers of the same product.

Historically, tariffs were used to raise revenue, he writes. That’s how the U.S. raised most of its revenue until formally creating the income tax in 1913. “The main purpose of a tariff these days tends to be about protecting particular domestic industries from foreign competition, alongside raising revenue,” he explains.

“These kind of sequential ‘tit-for-tat’ actions can easily degenerate into a trade war,” Batabyal argues. “This is in part why trade economists are typically against restricted trade and for free trade.”

The initial salvos in the current global trade dispute came in March, when the Trump administration slapped tariffs as high as 25 percent on steel and aluminum. A few allies like Canada and the European Union received exemptions that have since lapsed, sparking retaliation from them and others.

It wasn’t the first time, however, that the U.S. tried imposing tariffs on metals to prop up domestic producers.

President George W. Bush tried the same thing in 2002. What happened offers a “cautionary tale” for the Trump administration, argues William Hauk, an associate professor of economics at the University of South Carolina.

Though the tariffs as high as 30 percent helped steelmakers, they were painful for companies in other industries that consumed steel, like builders and automakers.

“The general economic view of trade protection says that tariffs transfer money from a good’s consumers to its producers,” he writes. “This transfer is usually economically inefficient because the benefits that domestic producers receive from a tariff will generally be less than the costs to domestic consumers.”

The Bush administration withdrew the tariffs by late 2003 after losing a case at the World Trade Organization, a threat of a trade war from the EU, and a backlash from steel consumers. A study found that 200,000 workers in U.S. manufacturing lost their jobs as a result of the tariffs.

A driving force behind the Trump tariffs is the trade deficit and the president’s view that China and other countries are taking advantage of the U.S. by exporting far more than they are importing. A closer look at what goes into an Apple iPhone shows why the trade deficit is not the right to think about global trade flow, according to researchers Jason Dedrick, Greg Linden and Kenneth L. Kraemer.

An iPhone 7, which is assembled in China, is recorded as a U.S. import at its factory cost of about $240. But in reality, only $8.50 of that actually stays in China because virtually all the parts come from suppliers in a variety of countries, including South Korea, Japan and the U.S., they wrote.

This means the United States’ trade deficit with China is probably about a third of the $375 billion actually recorded in 2017, the authors estimate.

“In short, China gets a lot of (low-paid) jobs, while the profits flow to other countries,” they continue.

Now that Trump has the trade war he has long wanted, it’s important to understand what else is driving it, besides trade deficits.

Fundamentally, it’s his “America first” trade policy, which promotes protectionism and the notion that unilateralism in trade is good for the United States, explains Charles Hankla, an associate professor of political science at Georgia State University. It also assumes that the U.S. can do as it pleases on trade, and others will have to follow.

“Here is the problem: President Trump’s approach to trade seems to be based on a false understanding of how the global economy works,” he argues.

“The administration has forgotten an important lesson of the Great Depression, and virtually all economists agree that this could have unfortunate consequences for the U.S. and the world.”

While the aim of launching a trade war was to promote U.S. companies and protect American jobs, there are already signs the opposite is happening.

Harley-Davidson, the iconic motorcycle company the president praised as recently as February, announced it plans to shift some of its production overseas to avoid retaliatory tariffs from the EU, which will cost U.S. jobs. According to Christina Fattore, an expert at West Virginia University who focuses on trade disputes, more companies may follow.

But she asks: “In a world that depends on global supply chains, what makes a product truly ‘made in America’? Is a Harley really an all-American bike?”

Fattore points out that the “American-made” Harley already contains many parts imported from other countries. What “made in the USA” means becomes even more squishy when you consider that Japanese automakers Toyota and Honda boast cars that are more “American” than some built by General Motors and Ford.

“So the problem with Trump’s tariff push is that other things matter more than where something is made,” Fattore argues. “And companies will do what they have to do to stay competitive, even if it means moving overseas.”

Editor’s note: This article is a roundup of stories from The Conversation’s archive. 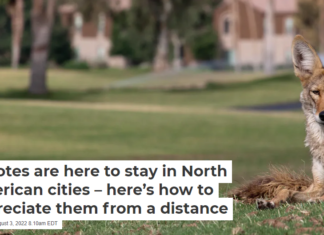 The dark side of creativity

Stumped by the stock market slump? Start by picturing a used...