It’s unlikely that presidential candidates will ever utter the word “biodiversity” while campaigning this year.

Yet among emerging environmental challenges, none has fewer facts or more enduring threats than the large-scale loss of biodiversity. That’s why we need a visionary investment in fundamental exploration to create knowledge and options.

And our elected representatives should lead vigorous discussions about what we can and should do about it. From Jefferson to Kennedy, from the Northwest Territory to the depths of space, presidents of vision have opened new frontiers to exploration.

Serious environmental problems are a bipartisan challenge that deserves to be in every presidential platform. While scientific questions should be firewalled from politics, what we do with scientific knowledge should not. The best solutions should emerge from the rough and tumble of public debate.

Biodiversity belongs in our public discussion because we have so much to learn from the Earth’s species – both what it means to be human and the knowledge encapsulated in nature – as we plot our future in a time of great change.

How little we know

At the estimated current rate of species extinction, it is projected that 70 percent of all the kinds of animals and plants will disappear in about 300 years.

This is not the first time that earth has weathered such a mass extinction event. There have been five previously, the most recent occurring 65 million years ago, marked by the disappearance of the great dinosaurs.

In each case, evolutionary processes have restored high levels of species diversity, but this should give us little comfort. Biodiversity recovery takes place over tens of millions of years. And in the meanwhile, there can be enormously chaotic consequences for ecosystems.

Our knowledge of the species with which we share planet Earth is dangerously limited, meaning that we make decisions and policies in near complete ignorance of basic facts. Our best guess is that there are 10 million living species, more or less, excluding the single-celled bacteria and Archaea.

Of these, fewer than two million are known to science. And of documented species, most are known by little more than a few diagnostic features and a name. While the rate of species extinction has greatly increased, the pace at which we are exploring species has not.

In one of the original “big science” ideas, the Swedish naturalist Linnaeus set out in the mid-18th century to complete a global inventory of all the kinds of animals and plants. That inventory continues today, but at an unacceptably slow pace. We discover about 18,000 species each year, a rate unchanged since the 1940s in spite of technological advances.

This need not be so. Given appropriate technical support and coordinated teamwork, it has been estimated that 10 million species could be described or redescribed in greater detail in no more than 50 years.

As global environments are stressed, we need reliable knowledge of species diversity upon which to detect and measure changes. Ironically, we have mapped the rocky surface of Mars in greater detail than the living biosphere of our own planet.

Unless we know what species exist and where, how are we to recognize invasive species, measure rates of extinction or even know whether our conservation strategies are working or not? How are we to understand or restore complex ecosystems when we are ignorant of the majority of their functioning parts? And how much are we willing to risk losing by not undertaking a comprehensive biodiversity “moon shot”?

Three major benefits would accrue from a NASA-scale mission to explore the biosphere.

First would be baseline documentation of the species that exist early in the 21st century, including how they assemble into complex networks in ecosystems. Such baseline data would be transformative for ecology, conservation biology, and resource management, and establish a detailed point of comparison for whatever changes come in the future.

Second is unleashing the full potential of biomimicry. For 3.8 billion years natural selection has maintained favorable adaptations and weeded out unworkable ones. Among the millions of such adaptations, engineers and innovators can find inspiration for entirely new designs, materials, products and processes.

The extent to which we succeed creating a truly sustainable future – from renewable energy to degradable materials to cities that function like efficient ecosystems – may well depend on how much knowledge we gather from other species, including those about to go extinct.

Last, but not least, is knowledge of our origins. Anthropologists continue to fill gaps in our knowledge of the emergence of modern humans, but that is only the most recent chapter in our story. Every attribute that we think of as uniquely human was modified from characteristics of earlier mammals. And features supposedly unique to mammals were similarly modified from even earlier ancestors and so forth, all the way back to the first single-celled species from which the diversity of life around us evolved.

We can no more understand what it is to be human without exploring this whole history than we could account for why Earth is as it is in the absence of knowledge of the universe.

We stand a much better chance of slowing the rate of extinction and reducing the percentage of species ultimately lost if we complete a planetary species inventory. And by preserving evidence and knowledge of those species that are lost, we can continue to learn from them.

New tools, such as those from information science and molecular genetics, can help speed species exploration, but are most powerful when used in combination with detailed descriptive studies of species that reveal their evolutionary novelties.

E.O. Wilson’s new book, “Half Earth,” proposes that half our planet be reserved for all the other species. His suggestion has unassailable common sense and is perhaps the most workable solution holding promise for millions of other species.

If we accelerate species exploration, we can add value to “their” half of the world by better understanding and appreciating its residents while finding nature-inspired solutions to sustainably meet our needs in the confines of our half.

The sooner we act, the greater our chances to avoid a sixth extinction event and preserve nature’s vast library of clues to better ways to meet human needs in an era of rapid global environmental change. 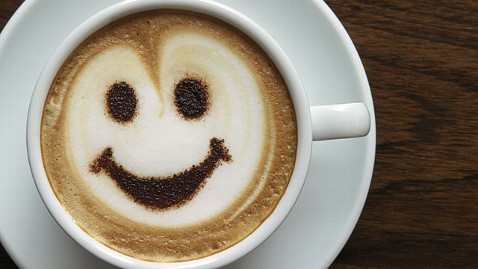 Bitter coffee today? Try changing the colour of your cup

Staff Writer - November 29, 2014
By George Van Doorn, Federation University Australia In Australia, around a billion cups of coffee a year are consumed in cafés, restaurants and other outlets....

I interviewed 48 bankrupt Americans – here’s who they blame for...

Should I stay or should I go: timing affects hurricane evacuation...