The Democratic presidential debates, which resume Sept. 12, have highlighted a deep disagreement over the future American health care system. Reflecting the anger of voters over medical costs, Sens. Bernie Sanders, Elizabeth Warren and Kamala Harris argue for installing a Medicare-for-all system. Positioning himself as the moderate, Biden wants to build on the Affordable Care Act by introducing a government-sponsored insurance plan to compete with private plans on the ACA exchanges.

Central to their dispute is a simple, but politically explosive, question: Should we scrap the health coverage that 158 million Americans get through employers? Sanders and Warren say yes; Biden says no.

A Kaiser Family Foundation poll illustrates how important this issue is to Americans. Asked if they favored a national health plan, 56% said yes. Asked if they would still back such a plan if it eliminated private insurance, support dropped almost 20 points, to 37%.

As a health economist seeking ways to make health care markets work more efficiently, I know the current debate over health care costs and access would benefit from some context about how we ended up with the system we have.

To understand why this is such a critical issue, it is worth looking at how these plans operate, how ingrained they have become in U.S. health care, and ask if they are still bringing economic value to the table. Most people might be surprised to learn that our current system is in part an historical accident.

Prior to World War II, health insurance was a relatively rare commodity. Shortly after the war broke out, President Franklin Roosevelt reconstituted, via executive order, the National War Labor Board to resolve disputes between workers and management, set price controls and ration scarce commodities. Congress then passed the Stabilization Act of 1942 to stabilize wages and salaries in a rapidly expanding economy accompanying the start of the war.

In such a booming environment, businesses needed some means to attract workers. Companies began to offer non-wage benefits, including health insurance. In 1943, the Internal Revenue Service ruled that the money an employer spends on an employee’s health insurance can be excluded from employee’s taxable income, despite the indisputable fact that employer-provided health insurance is income. This decision didn’t get a lot of attention at the time, because health insurance was so cheap relative to today’s premiums.

But the change was fundamental. This tax exclusion made it cheaper to obtain insurance through a job, rather than in the individual market. It also enshrined employer plans as the nation’s way to pay for health care for the burgeoning middle class. By shielding health insurance premiums from payroll taxes and income taxes, the exclusion created a huge incentive for workers to take part of their salaries in the form of employer-paid premiums rather than cash. This is particularly true today for higher income workers earning up to the maximum taxable earnings for Social Security — up to US$132,900.

All this comes at a big cost to the government. Those missed taxes amounted to $280 billion last year. That tax subsidy is about the same as the mortgage interest deduction, charitable donations and retirement benefit tax exclusion combined, according to the Tax Policy Center.

On the surface it seems companies might be open to shedding this responsibility, since it involves added administrative burdens and puts them in the middle of a business – health care – that is not their specialty. In addition, providing health insurance is getting more expensive. The average cost of employer-sponsored health benefits to both employees and companies is expected to reach $15,000 per employee this year, with companies nominally picking up 70% of the bill.

But for the most part, companies – and unions – remain steady supporters of the system. The benefit packages help recruit and retain workers and keep work forces healthy. And because the money companies put into premiums reduces their payroll tax, the federal government ends up subsidizing employers’ compensation budgets.

Similarly, as the Kaiser poll demonstrates, employees are loath to contemplate replacing their workplace plans with something less certain. Fear is a great motivator: fear of ending up with inferior coverage in a government plan, or, in the event that the ACA is declared unconstitutional, fear that they might not be able to get decent insurance anywhere outside of work.

Overall, close to three-quarters of U.S. workers with job-based coverage said they feel grateful, according to a Los Angeles Times/Kaiser Family Foundation poll. And that is despite a steady shifting of the burden of rising health costs to workers. In the last 12 years, annual deductibles for single coverage in job-based health plans have nearly quadrupled and now average more than $1,300.

But is it a fair system?

Putting the parochial interests of companies and employees aside, do employer-paid plans deliver true value to the U.S. health care system overall? The answer, in my view, is only a partial yes.

Because they are easy to enter and so heavily subsidized, they attract millions of workers – including young and healthy employees who might resist buying insurance in the individual market – into vast pools where risk can be managed. But they don’t insure everyone. They keep employees from experiencing the full price of their benefits, and thus don’t put pressure to economize on care. There is also evidence these plans contribute to flat growth in wages. They can retard career progression by tying workers to a company since policies are not portable – a phenomenon known as “job lock.”

There is virtual unanimity among economists that the tax exclusion for employer plans distorts the health system, provides excess benefits to the wealthy, and is generally bad public policy. That view may dovetail with some of the arguments of proponents of Medicare-for-all, but as the polls show, it remains a politically lonely position.

Economists, after all, are just a tiny share of the vote. 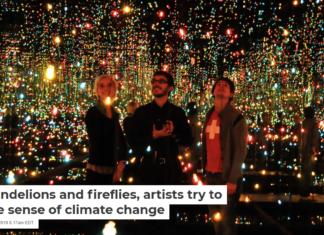