Editor’s note: The NCAA moved on Oct. 29 to allow student-athletes to profit from their image and likeness – something the association had opposed until California passed a law to allow the practice. Jasmine Harris, a sociologist and expert on the academic lives of Division I college men’s basketball and football players, explains how the change will affect college athletes.

1. Will this measure bring new opportunities for student athletes?

I think that remains to be seen. For the few college superstars in football and mens’ basketball, there will potentially be more marketing opportunities at the large-scale level, such as national and international endorsement deals, camp appearances and apparel contracts. For others, there may be more small-scale opportunities to be paid for work that has to do with their athletic connections to their university. So, for example, if I am a swimmer, I can now use my position on the swim team to advertise lessons and make money off of that.

And I think that that is really what the NCAA has in mind, because in the NCAA’s statement about their decision, they make clear they want to “assure student-athletes are treated similarly to non-athlete students unless a compelling reason exists to differentiate.”

One of the main arguments for paying NCAA athletes is that non-athlete students can work to make money while they are at school and most athletes are too busy to do so. I think in that way there may be additional opportunities for student-athletes to make money. But I’m not sure that the compensation that most athletes can potentially get will alleviate some of the economic stressors that student-athletes – especially men’s basketball and football players – experience while they’re at campus.

2. The NCAA says it plans to “maintain the priorities of education and the collegiate experience” of student athletes. Has it until now?

Well, it’s not a priority in practice. My research looks at the hour-per-week differential in terms of how much time student athletes – specifically football and mens’ basketball players – are spending on athletics versus academics. Much more time is spent focusing on their athletic responsibilities rather than their academic ones, which means the priorities of education are not first and foremost in the experiences of these athletes.

Now, for sports that have less of a corporate aspect to them, such as swimming, tennis and soccer, there is more time and less responsibility required to be members of those teams. And in that way, I suppose the NCAA can continue to use this language of “maintaining the priorities of education” without being totally hypocritical. But what I think the NCAA is doing in order to shield themselves from criticism, is to talk about student-athletes as a monolithic group.

The reality is there is a big difference between revenue-generating student-athletes – and those are specifically football and men’s basketball players at Division 1 schools – and all the other student athletes at Division 1 schools, as well as Division 2 and Division 3 schools. The latter don’t have the same public exposure or institutional responsibilities that add to the pull away from education as part of their collegiate experience.

In my view, the NCAA uses this idea that there is this priority of education as a cover. And that’s where some of this feels to me a bit disingenuous. They are not offering to provide a piece of the billion dollars in revenue they had in 2018. They’re simply allowing student athletes to go out and try to make money on their own.

This is going to be a deep strain on the students’ ability to spend time doing homework, seeing professors in office hours, going to study groups, working with tutors, spending time in the writing center. All of these things are a fundamental part of the educational experience, even for non-athlete students who work outside of campus to make money.

3. Do you see any potential pitfalls with this new policy?

One, you’re going to see students being pulled further and further away from campus in order to strike business deals. Two, there’s going to be a natural inequity that occurs in the amount of compensation that students can get and how they can get it. And while that’s something that should be understood as a necessary or an unavoidable consequence of allowing students to be compensated for their image and likeness, it’s also something that will probably cause some discontent among the student-athletes themselves.

In fact, when I started collecting interview data from some football and men’s basketball players, the first questions they always had in any conversation about the ability to get compensation are always, “Well, how much is it going to be?” and “Is it going to be different from school to school and person to person?” The answer is probably yes.

Regardless of how the system is put together, there’s still going to be this difference in how much companies are willing to pay student-athletes based on their public image, how well their team is doing, how well they’re doing individually, if they’ve won any awards recently, if they’ve been on any national media outlets. And people have a problem when they find out that they’re being compensated differently, especially when they feel like – on the field and in terms of the labor that they’re providing for the colleges and universities – those things are relatively equal. So I see that as being a big issue that’s going to fall on the academic institutions, not the NCAA, to figure out. 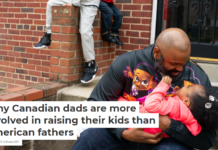 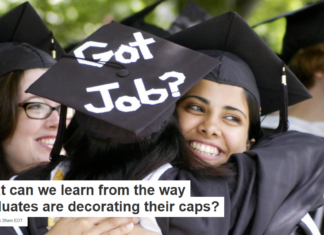 Staff Writer - May 14, 2018
Sheila Bock, University of Nevada, Las Vegas For college students across the country, commencement formally marks the transition from student to graduate. Per tradition, most...

Defining dual-use research: When scientific advances can both help and hurt...