Although the broader economy might be starting to look up, the prospects for social mobility in the UK are not. The Social Mobility and Child Poverty Commission has just released its State of the Nation report for 2014, and the outlook is not very sunny.

The report uses the mountain of research in this area to present a grim prediction of the possible future of social mobility in Britain. If dramatic steps are not taken, they say, Britain risks becoming a “permanently divided society”. This is a policy challenge for all parties ahead of the 2015 general election.

Over recent years, evidence has mounted on how true social mobility remains an unrealised dream in this country, with problems identified across the whole course of life. For young children, research from the Sutton Trust (where I also work as Research Fellow) has shown that children from disadvantaged homes are less likely to have secure attachment bonds with their parents. These bonds are a strong predictor of healthy social and emotional development.

Recent research also suggests that, if someone from a poorer background is lucky enough to get to university, their disadvantage persists even after graduation. Students from more advantaged backgrounds are significantly more likely to end up in professional careers.

Targets and policies over rhetoric

For many politicians, supporting social mobility is an easy political gambit. It’s an issue that commands almost universal public support, and allows for a lot of high-flown rhetoric. The more difficult question is what can actually be done legislatively.

The Commission offer 12 main recommendations, which are summarised here. Some of these are phrased as new social mobility targets – for example ensuring that 85% of children are ready for school at age five, or that 50% of children entitled to free school meals gain five good GCSEs.

But many represent specific policies which could be implemented directly. These include higher pay for teachers willing to teach in deprived areas, increased apprenticeship provision, and the banning of unpaid internships. The report itself also highlights the need to improve access to Russell Group universities, and drawing on research from the London School of Economics for the Sutton Trust, the importance of supporting postgraduate study with student loans.

This focus on specific policies is the approach the Sutton Trust took with our Mobility Manifesto, published in September. We identified ten policy directions that would make a real difference to social mobility. These included using ballots and banding to make admissions to competitive state schools fairer, improving the use of evidence in schools to narrow the attainment gap and introducing a new body to improve universities’ outreach to disadvantaged students.

All this means there are good directions already mapped out for any incoming government – directions backed by good evidence and widespread agreement. But even where we might disagree, this can also be a positive drive for debate on specifics, rather than generalities. It means that we can focus on what actually needs to be done to turn the ship of social mobility around, rather than allowing the size and complexity of the issue freeze us into inaction.

Robert de Vries works as a Research Fellow for The Sutton Trust. 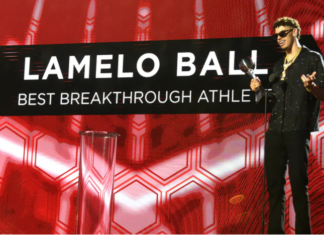 Awash in pink, but breast cancer awareness isn’t a cure