After decades of deepening globalisation and interconnection, movements championing national identity and power are sweeping the globe. Breakaway regions, independence referendums, and campaigns for stronger national sovereignty are cropping up everywhere.

Given the extreme international pressures of our times, this is counter-intuitive to say the least. Even as crises such as the Ebola outbreak are highlighting in dramatic terms how badly we need need international co-operation and co-ordination, and even as the modern world has been increasingly “flattened” by technology, politics all over the world have paradoxically become decidedly more inward-looking.

The temptation is to diagnose this nationalist surge as simply a reaction against globalisation. But that overlooks global capitalism’s strange way of shifting the possibility of “real” change back into the national context.

Globalisation is far more than just an economic process; it’s also an ideological vision for restructuring international relations. And its monumental strength as a political project is, in part, down to the way it has been successfully promoted as not just desirable, but unavoidable. In the words of Kofi Annan, “arguing against globalisation is like arguing against the laws of gravity.”

So perhaps it’s not surprising that the new international order has been met with a decidedly nationalist backlash. In a world defined by the pressure to globalise, local and national boundaries have become the main lines along which resistance battles are fought.

This embrace of national sovereignty speaks equally to the perceived failures of internationalism historically. While corporate globalisation may be at best triumphantly embraced and at worst grudgingly submitted to, previous models of internationalist politics, notably Communism and fascism, have been consigned to the “ash-heap of history” – and with good reason.

Additionally, 21st century anti-globalisation and anti-capitalism movements, such as those centred on the G8 and more recently the Occupy movement, ultimately ran out of political and ideological steam.

It is in this vacuum that nationalism has once again taken centre stage – and the increasing political fixation on national concerns comes with some deeply unpleasant baggage.

Despite their obvious superficial differences and distribution across the political spectrum, these new nationalist movements have a lot in common. Most fundamentally, they share an emphasis on preserving national prosperity against internal and external enemies.

Instead of prizing universal advancement, the focus is on territorial or ethnic interests – and even if nationalist movements don’t begin that way, it’s where they often end up.

The rising popularity of UKIP is a case in point. What started out as a rather straightforward but effective anti-EU campaign has extended into a far bolder and more explicit drive to defend “Britishness” from the threat of foreign influence, metropolitan political correctness, and in particular immigrants. The fears and frustrations associated with internationalism have been turned inward and outward simultaneously, into an embrace of national nativist identities.

This exclusionary nationalism, now reaching full flower as the 2015 general election campaign kicks into gear, all stems from an initial impulse to “take back power” from what an unaccountable transnational regime. And that mentality has taken hold around the world and across the political spectrum – even within ostensibly more inclusive leftist politics.

Thin end of the wedge

In Catalonia, the leftist party ERC has focused its attention almost exclusively on the need to be free from the rest of Spain, ignoring the plight of the rest of the increasingly deprived Spanish population and the radical political movements that have emerged to address these problems. Instead, the Catalonian independence movement is concentrated on no longer subsidising “poor, lazy southerners to live off government handouts”.

Similarly, the Hong Kong protests have fixated on the democratic rights of the province rather than on transforming Chinese society as a whole. And even the leaders of the Scottish Yes campaign, explicitly centred on “how to make Scotland a better country”, ended up ranting about a purported conspiracy of powerful leaders demonised as the “enemy” who needed to be “kicked out of Scotland” if Scottish progressivism was to survive.

Catalonia and Scotland have stopped short of full-blown ethno-nationalism, but many of today’s other resurgent nationalist aspirations have started to give voice to outright racism, nativism and parochialism.

This trend is especially worrying since the problems exacerbated by corporate globalisation – most pressingly climate change, underdevelopment and public health – so desperately demand multi-lateral international responses.

In an era like ours, nationalism’s attraction is obvious; when confronted with transnational actors and forces of almost unstoppable power, it can seem like the only way to assert identity and independence. Yet it is exactly for this reason that a new internationalist vision and politics is so urgently needed – perhaps more than ever before.

Peter Bloom does not work for, consult to, own shares in or receive funding from any company or organisation that would benefit from this article, and has no relevant affiliations. 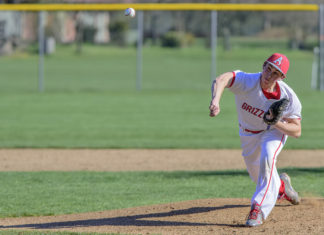 Staff Writer - June 29, 2015
Sakiko Oyama, The University of Texas at San Antonio These days, it seems like elbow surgery for pitchers is a rite of passage. Whether it’s stars...

4.3 trillion readers can’t be wrong – why The Onion’s defence...