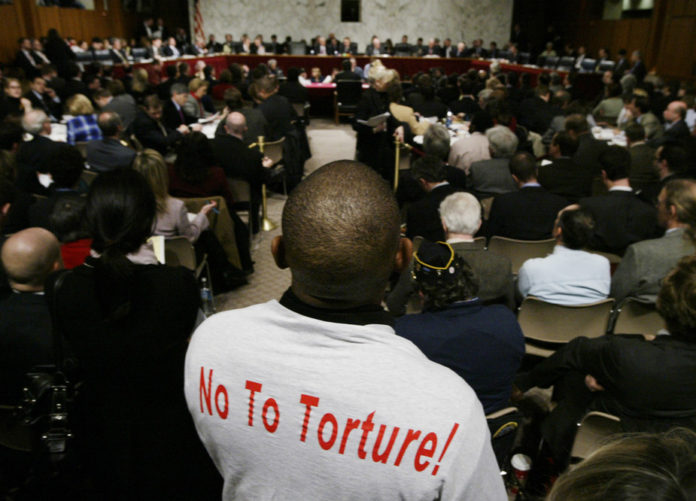 The Senate report on torture found that the “enhanced techniques” used by the CIA were ineffective as a mechanism for gathering intelligence. In fact, the report stated there was no actionable intelligence gained while employing the controversial tactics used under the Detention and Interrogation Program that President Obama ended by Executive Order 13491 in January of 2009.

Will these findings, coupled with graphic explanations of the techniques, alter public opinion? Christopher Ingraham of the Washington Post warns us “not to kid ourselves: Most Americans are fine with torture, even when you call it ‘torture.“ Brittany Lyte of fivethirtyeight.com shows slightly more restraint while reporting “Americans have grown more supportive of torture.”

But have they? Public opinion polls have shown the contrary. The public has seldom been supportive of torture, even when presented with “ticking time bomb” scenarios where the intelligence is described as vital to stopping an impending terrorist attack. When asked about actual torture practices such as waterboarding or sexual humiliation, public support mostly collapses.

We have compiled the most exhaustive archive of US and international public opinion data on torture dating back to 2001. Additionally, we have conducted three survey experiments to identify the boundaries and probe the nuances of public attitudes about torture. The archive includes items asking about support for torture, support for specific torture techniques, and even some surveys of American military personnel.

Our analysis, which is summarized in our 2010 paper, is that the American political and media elite badly overestimated public support for torture, especially in the early years of the war on terror and after the publicized events at Abu Ghraib. In this piece, we argued that the political and media elite came to false consensus. This is a coping mechanism long known to psychologists whereby we project our views onto others. We developed unique survey items that clearly showed widespread projection effects regarding torture, especially among those who were most supportive of these techniques.

Brittany Lyte is correct that public support has trended upwards, albeit slowly, since 2004, but those data are pretty steady since 2010. We also have found polarized partisan support for torture that we reported extensively in our 2014 book chapter. Public opinion on torture follows the same pattern of partisan “sorting” that Professor Matthew Levendusky describes in his recent book, where partisan adherents readjust their beliefs on issues to correspond to the signals they hear from party elites.

However, nothing in our data supports Ingraham’s overheated claim that Americans are “fine with torture.“ Ingraham makes this claim by counting those who say that torture is “never justified” as opposed and all others as “supportive.” This is a mistake. The public is rarely comfortable with moral absolutes. Our work shows that it is wrong to lump those who say “rarely” into the supportive category, a conclusion also reached by Aaron Blake of The Fix.

What it’s called matters–a fact not lost on the Bush Administration, which coined new phrases to call practices “not-torture.” It redefined the meaning of legal words and concepts, and described specific interrogation techniques as vaguely as possible. Our 2014 study documents that the euphemisms for torture have public support, but the acts of torture do not.

Americans remain deeply ambivalent about the use of torture, as apparently are many in the intelligence community. They recognize the very real threat posed by terrorist organizations, but also know that torture is morally wrong. And it would help clarify public attitudes if many American politicians would quit claiming–incorrectly–that torture is effective.

When Americans are informed about the realities of torture, just like Senator McCain, they find themselves repulsed. Anyone who thinks there is widespread American public support for torture is badly mistaken. 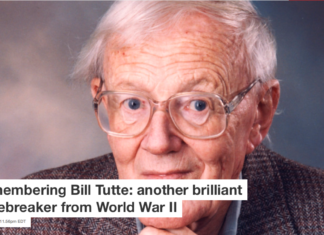 Staff Writer - May 14, 2017
One of the greatest mathematicians and codebreakers of the 20th century, William (Bill) Tutte, was born a century ago this Sunday, May...