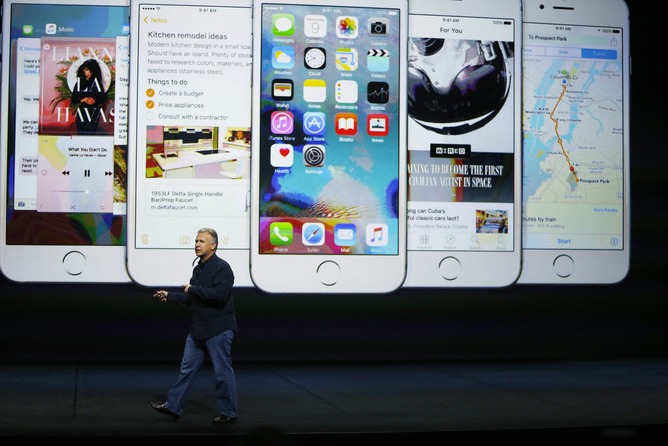 <h1>Apple News could change the news business – will readers win?</h1>

<p>In the early days of Web 2.0, the arrival of blogs and similar sites heralded an explosion in the number of news feeds we could follow. But such abundance also came at a price: it became increasingly difficult to keep up with all this content without having to browse at length from site to site every day.</p>

<p>In response, a friendly acronym briefly flourished: <a href=”https://en.wikipedia.org/wiki/RSS”>Rich Site Summary</a>, better known as Really Simple Syndication or RSS. Coupled with a feed reader tool, RSS enables users to quickly scan the headlines and click through only to those stories that pique their interest.</p>

<p>Feed readers were never widely popular, though – they remain the domain of news junkies and other power users. Adding all those RSS feeds to track takes time, and often requires some technical skills. And internet user practices have changed. Reader loyalty to specific news sites has declined, and many now receive a constant stream of news from diverse sources through the social filtering activities of their Facebook and Twitter contacts instead.</p>

<p>As a result, feed readers have fallen out of fashion. Market leader Google Reader was discontinued in 2013 <a href=”http://googlereader.blogspot.ca/2013/03/powering-down-google-reader.html”>as a result of its declining user base</a>, and while other tools (such as <a href=”https://feedly.com/”>Feedly</a>) have replaced it, they remain speciality products by comparison.</p>

<p>News publishers, incidentally, might have breathed a sigh of relief. Scanning the news headlines in a feed reader necessarily reduces revenues from online advertising. Feed reader users click through to the news site (and thus trigger ad impressions) only for a fraction of all headlines. But then, most modern browsers use some form of <a href=”http://www.bbc.com/news/technology-34173732″>ad blocking</a>, so even loyal website visitors no longer reliably generate ad impressions.</p>

<p>Publisher attempts to overcome the limited returns from online ads have also involved a number of other revenue-raising approaches. These include full or partial content paywalls, or subscription- or advertising-supported apps for smartphones and tablets. Neither of these options represent guaranteed success.</p>

<p>Unless the paid content is unique, paywalls tend to drive users to the competition (such as the news sites of public service media). News apps may look great, but often fail to offer the convenience and flexibility of reading news on the web. Plus, users may end up having to switch between half a dozen news apps from different sources.</p>

<p>This messy state of affairs looks set to be disrupted by <a href=”http://www.apple.com/news/”>Apple News</a>, a new default app to be provided with the latest version of Apple’s mobile operating system, iOS 9, on September 16.</p>

<p>Until Apple’s own Apple News Format standard becomes available, the new app will use RSS feeds to retrieve content from its publishing partners. It will serve, in essence, as a modern take on the feed reader, providing a standardised interface to the latest content from news and other online publishers.</p>

<p>But while users of RSS tools can add the feeds they want, Apple News will offer only the content of <a href=”https://developer.apple.com/library/prerelease/ios/documentation/General/Conceptual/News_Publishing_Guide/BecomingaNewsPublisher.html#//apple_ref/doc/uid/TP40015407-CH7-SW1″>those publishers it has signed up to the service</a>. This creates a walled garden of news sources, and eventually perhaps an opportunity for Apple to request a payment from publishers seeking to be included. Pre-release information indicates that <a href=”https://developer.apple.com/library/prerelease/ios/documentation/General/Conceptual/News_Publishing_Guide/FAQ.html#//apple_ref/doc/uid/TP40015407-CH15-SW5″>joining Apple News as a publisher is free</a>, but there is no guarantee it will remain so.</p>

<p>For ordinary users interested in mainstream news sources, this may not matter much, but it does position Apple as the ultimate gatekeeper of publishers. Apple will be able to censor content, as it also does in the App Store – and it remains to be seen how the company will exercise that role.</p>

<p>Down the track, the proprietary Apple News Format is set to offer more fully featured news experiences than RSS itself is able to do. In particular, while it remains possible to click through to an original article on a publisher’s site, users can also choose to read it, reformatted to fit their screen, within the app itself.</p>

<p>If the majority of users choose to remain within the app, this further reduces the publishers’ takings from on-site ads, of course, but in return also enables them to generate revenue from any in-app advertising they might choose to run. This, however, also means that Apple itself, through its <a href=”https://developer.apple.com/library/prerelease/ios/documentation/General/Conceptual/News_Publishing_Guide/MonetizingonNews.html#//apple_ref/doc/uid/TP40015407-CH18-SW1″>iAd advertising service</a>, positions itself as a quasi-monopolist advertising provider for news content delivered through Apple News – a position of considerable power if Apple News becomes widely popular.</p>

<p>Given the popularity of iOS devices, minor publishers might even be tempted to forego the web altogether. They could push their content exclusively to Apple News, in the same way many iOS (and Android) apps are no longer scaled-down versions of desktop software, but stand-alone products designed to utilise the native affordances of these portable hardware platforms. Such exclusive content could become a major drawcard for Apple News, but also makes these publishers entirely dependent on Apple’s platform.</p>

<p>Ultimately, Apple News constitutes a powerful play at the online news market, by a company with the resources to pull it off. At the same time, we would do well to remember that Apple’s own apps have at times failed to compete with third-party offerings. Many iOS users still haven’t forgiven the company for <a href=”http://edition.cnn.com/2012/12/28/tech/web/tech-fails-2012/index.html”>the disastrous shortcomings of the original Apple Maps app</a>, for example, and are quickly replacing Apple’s own apps with more appealing alternatives as they upgrade from one iOS version to another.</p>

<p>If Apple News can escape that fate and become popular with iOS users, though, it could thoroughly upset the prevailing but unstable balance of relationships between publishers, readers, and advertisers.</p> 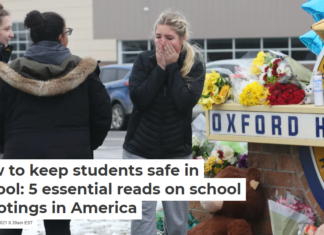 Libraries on the front lines of the homelessness crisis in the...

So when should you book that flight? The truth on airline...