When CAMRA, the UK real ale campaign group, decided to ban beers with sexist names and labels from the Great British Beer Festival this summer, the responses were quite predictable. Liberal newspaper The Guardian celebrated the decision to call time on drinks that depict outdated, sexualised and derogatory images of women. Tabloid paper The Sun, by contrast, said that CAMRA lacks a “sense of humour”, listing a series of beers, complete with images, that would “struggle to escape the PC brigade”.

Like the reaction to Berkeley city council’s decision to rename “manholes” as “maintenance holes”, gendered images and language are divisive topics. The evidence, however, suggests that the language and images we use in everyday life shape the way we think about who belongs in a particular social setting. And, more importantly, who doesn’t.

CAMRA explained its decision as a ban on “discriminatory beers”. The intention was to open beer drinking up to women who would otherwise feel alienated by sexist advertising. There is nothing inherently male about beer, and no reason why women shouldn’t drink it. So diversifying beer culture seems like good business sense for brewers.

Women make up only 17% of beer drinkers in the UK so there is clearly an untapped market here. According to research conducted by YouGov for Dea Latis, a group of women brewers, advertising is the single largest barrier to more women drinking beer. So, from this perspective, banning sexist marketing seems like a good idea.

While banning sexist beer names and pump clips might help to change the culture of drinking, more needs to be done to achieve gender equality in the brewing industry itself. There have certainly been moves to open up brewing to greater diversity. The Pink Boots Society has promoted women in brewing since the mid 2000s, and the FemAle beer festival has been celebrating women in brewing since 2014.

Despite this, academic research suggests that significant cultural barriers to women participating in brewing remain. Research that Scott Taylor, Neil Sutherland and I conducted in the craft brewing industry, with women from the US, the UK and Sweden, found several persistent barriers to women getting into and progressing in the beer business.

Sexual harassment is an issue in a range of industries and brewing is no exception. Ranging from inappropriate touching to unsolicited sexual advances and objectifying comments, several of the women we interviewed reported sexual harassment at work. The regular consumption of alcohol as a part of everyday working life made harassment even more likely.

For anyone in marketing and sales, spending time in bars and pubs is a crucial part of the job, so dealing with men under the influence is a part of everyday work. Many find that their working life regularly overlaps with other people’s social lives – and a “professional context” is far from guaranteed.

The hours involved in the brewing industry also create another barrier for women, who still shoulder most responsibility for unpaid domestic work and childcare. Unpredictable or anti-social working hours are more likely to impact on women’s careers than men’s.

The material process of brewing means that it doesn’t always fit well into a standard nine-to-five working day. Depending on the type of beer being brewed, or the nature of the ingredients, getting the beer from raw material into the fermentation vessels, can stretch the working day from 5am to nearly midnight, as one brewer told us. Another explained: “The raw materials are in charge … I thought I was going to be home at a certain time, and I wasn’t. We had to stick it out and babysit our beer and make sure that it was OK.”

As many breweries, especially in the growing craft beer scene, are small, brewers have to see a process through from start to finish. This can clash with the responsibilities placed on women outside of work. As pay in the industry is relatively low, outsourcing these domestic responsibilities is not always an option.

The design of brewing equipment also creates barriers. As women are, on average, a different shape and size than men, the design of equipment can create additional challenges for women in the industry, a point that sociologist Cynthia Cockburn made back in the 1980s. Several of the brewers we spoke to discussed the physical demands of brewing, and recurrent back injuries. Of course, these affect men too, but have a disproportionate impact on women, as equipment is designed with men’s bodies in mind.

Brewers must master all aspects of the process and men can inadvertently exclude women from career progress by trying to help them. As one brewer told us, when she started out she faced “a huge hurdle of getting over everybody’s instinctual chivalry, which wasn’t allowing me to do my job. There was never a problem about it, but I would go: ‘Okay, I’ll lift that,’ and they’d be like: ‘No, are you sure? I’ll lift it.’ And I’d be like: ‘yes, I’m really sure.’” Overcoming this inadvertent sexism was another barrier for women wanting to get on in the industry because they had to constantly prove themselves in a way that men didn’t.

These kinds of everyday discrimination continue to create barriers to women working in brewing and suggest that genuine diversity in the beer business will require more than a change of pump-clips and advertising. Despite this, our research did suggest that changes in the industry, and particularly the rise of craft brewing, has created new opportunities for women.

As the craft beer scene is focused on innovation, experimentation and aesthetic taste, women can position themselves as disruptors in the industry, challenging the “male, pale and stale” image that has fenced real ale off as a masculine space. By bringing new styles of beer, and new methods of production, women can claim a place in a business that has been dominated by men for the last 400 years. 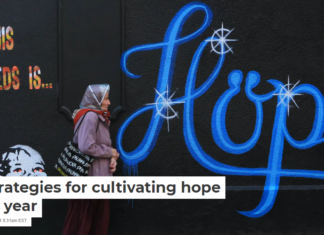 Staff Writer - January 9, 2021
Jacqueline S. Mattis, Rutgers University - Newark The raging coronavirus pandemic, along with political turbulence and uncertainty, have overwhelmed many of us. From almost the...

Decades of hype turned protein into a superfood – and spawned...