New research shows that computational modeling can predict how bilingual stroke patients will respond to language treatment – and that could help clinicians identify which language to focus treatment on and increase chances for improvement in both.

Aphasia is a speech and language disorder often caused by stroke. Bilingual people with aphasia typically experience difficulty retrieving words in both of their languages. While language therapy can help them improve their ability to communicate, it’s not often clear to clinicians which language to target in treatment.

I’m a cognitive neuroscientist, and my current work focuses on language treatment outcomes in bilinguals with aphasia. As part of the Aphasia Research Laboratory at Boston University, my colleagues and I worked with computer scientists at the University of Texas at Austin to develop BiLex – a computational model that simulates the ability to retrieve words from memory in bilinguals.

The BiLex model is a neural network composed of artificial neurons that are programmed to simulate language processing. Our team trained individual BiLex models to simulate word retrieval abilities in Spanish-English bilinguals with aphasia after language treatment.

We simulated their word retrieval abilities before their stroke and then recreated the effects of stroke lesions in each person’s brain by deleting neurons encoding different word sounds and meanings. Our team used varying degrees of damage intensity to simulate the levels of word retrieval loss of each patient. We then retrained these BiLex models to simulate the effects of language therapy provided in either English or Spanish on both the treated and the untreated language.

Our findings show that BiLex can simulate treatment response, accurately predicting up to 82% of patient recovery in the treated language and 60% in the untreated language.

Despite the growing bilingual aging population at risk for post-stroke aphasia worldwide, evidence on what language treatment works and for whom it works best is still limited.

Typically, predicting treatment outcomes for bilinguals with aphasia requires large-scale studies over a long period of time. This is because each person has unique characteristics that affect their recovery. Computational models like BiLex can offer a faster approach by reliably simulating multiple different profiles of bilingualism and language impairment.

Accurate computational simulations of response to language therapy could ultimately help clinicians decide which language to treat in bilinguals with aphasia in order to maximize treatment response in their two languages.

While our findings may help develop better and more personalized treatment plans in the future, questions about language recovery in bilinguals with aphasia remain unanswered.

Further research is needed on how people who know two languages differ from people who know just one language in their recovery from brain injuries affecting communication. Similarly, little is known about what determines aphasia recovery for different language combinations outside of Spanish and English, or what factors lead to optimal response to language therapy.

Currently, our team is conducting a clinical trial to test if BiLex can correctly identify which language treatment option will lead to the maximum recovery in both languages on real bilingual patients. If study results confirm that BiLex can help identify the optimal treatment language for bilinguals with aphasia, our computational model could help clinicians tailor treatment plans to promote better recovery in this population in the future. 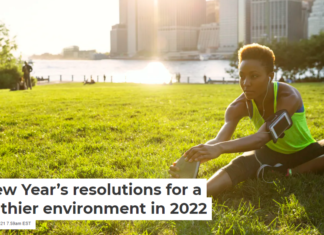 4 New Year’s resolutions for a healthier environment in 2022

Faith still shapes morals and values even after people are ‘done’...