In 1997, fresh out of graduate school, underemployed and watching a lot of television, I realized I was pretty good at “Jeopardy!”

I decided to try out. After a couple tests, interviews, and months of waiting, I was called in, pushed onto a soundstage in Culver City – and won more money in two tape days than I had made in the previous two years, plus two Chevy Camaros. Before 2003, five-time champions were retired with such automotive parting gifts, and invited back to play in the annual Tournament of Champions.

During that and a later “Ultimate Tournament,” I played the seven-time champion who held the record for the longest winning streak before Ken Jennings, and three eventual or past winners of the Tournament of Champions. I won all but one of those games. In total, my Jeopardy resume spans 10 games, with eight wins and two tournament losses.

But James Holzhauer is in another league.

The sports gambler from Las Vegas has dominated the game like no one else in its 35-year history. His wins are so lopsided that he’s rendered all but two of his 36 competitors incapable of threatening him in Final Jeopardy. His average winnings are only a bit smaller than the one-day record he demolished. Aside from the number of wins, he is statistically on par with 74-game winner Ken Jennings – except that Holzhauer wins about twice as much money per game, thanks to his aggressive bets. It’s akin to an NBA player averaging 95 points per game.

How is he doing it?

You might think “Jeopardy!” is a contest of pure cogitation, in which the ability to recall trivia is all that matters. It isn’t. Elite success on “Jeopardy!” requires laser-like focus on winning, via strategy and discipline.

Of course, he couldn’t have made it this far without a mastery of U.S. history, world capitals, the periodic table and all the other standards of cultural literacy that are the show’s stock-in-trade.

But his success also depends on his mastery of the Jeopardy signaling device, a pocket-flashlight-sized plastic tube with a button on one end. You might notice many of Holzhauer’s opponents holding their buzzers aloft in frustration. Since the buzzer rewards timing rather than speed – a technician activates them after Trebek finishes reading a question – buzzing while waving it around is as effective as a wild baseball swing.

Holzhauer keeps his buzzer steady on the lectern, with no wasted motion: You can barely notice him ringing in. The more experience he’s gained with the buzzer, the more of an advantage he accrues. Each new opponent needs to get accustomed to the buzzer; by the time they do, the game is already out of hand.

Then there’s the way he plays. Rather than following convention – going vertically from easy answers to harder ones – Holzhauer marches horizontally across the bottom of the board, selecting the $1,000 squares in order to build a bank, and then almost always doubling his money on the first Daily Double he finds. Even with a commanding lead, he keeps playing aggressively, making Daily Double bets that are nearly quadruple the average wager, while making similarly megalithic Final Jeopardy bets.

There have been Jeopardy greats who have had comparable ease recalling answers and who are as good as Holzhauer on the buzzer. Hunting for and betting big on Daily Doubles isn’t a new tactic either – the era of big data has nudged Jeopardy play in these directions over the last 15 years.

But Holzhauer is among the best at all three skills, and is by far the most daring when it comes to his betting strategy.

After reflecting on my conventional, cautious gameplay in my first five wins, I bet far more aggressively in my last five tournament games, wagering the maximum on four out of five Daily Doubles. However, in tournament play, I faced veteran champions, who had comparable experience with the buzzer. Controlling all the Daily Doubles as Holzhauer has done against novices wasn’t feasible. He will keep playing until someone beats him.

So how can he be beaten?

What one can do, another can do.

The placement of Daily Doubles is public knowledge, with some squares more likely to contain the bonus than others. Anyone who wants to beat Holzhauer must try to find them first. To do that, they need to challenge his dominance on the buzzer. Contestants should use as much buzzer practice time in rehearsal and during commercial breaks as the producers are willing to give them, and ought to read the same advice of former champions that Holzhauer used to prepare.

Humor or trash talk during a game may be useless, but it’s worth trying to disrupt his flow. Too often, his opponents seem psychologically broken within minutes. Holzhauer is relentless, and his competitors must keep taking shots, even if they trail.

Players should habituate themselves out of everyday risk aversion, at least for the show: If you’re too cautious, you assure yourself of losing. In his first two games, Holzhauer’s opponents made timid bets, even after seeing him bet it all. Had they been as aggressive, they would have stayed within striking distance.

Clearly, Holzhauer’s confidence has swelled. He isn’t afraid of losing. His opponents need to give him a reason to be. 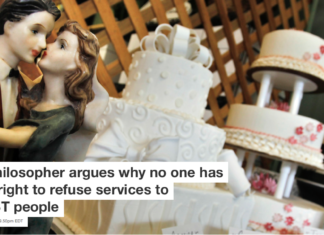 Staff Writer - July 26, 2017
Mark R Reiff, University of California, Davis Ever since the Supreme Court ruled in Obergefell v. Hodges that gay people have the right to marry,...

Vaccine passports may be on the way – but are they...

Africa has a long way to go to get more women...