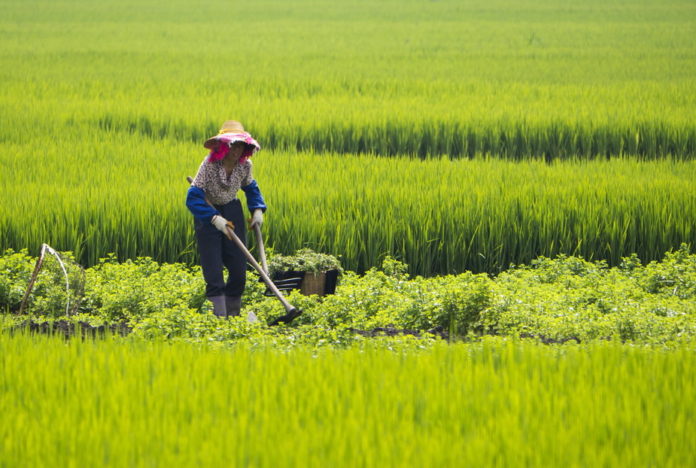 By Cong Cao, University of Nottingham

One of China’s major genetically modified food projects is now to all intents and purposes dead and buried. The expiry on August 17 of the biosafety certificates issued to strains of GM rice developed in the labs of Huazhong Agricultural University, Wuhan, signals a major blow to the fight to establish GM food in China.

The contrast with the rest of the world could hardly be starker. In the UK, for instance, the country’s first genetically modified crops are almost ready for harvesting following a landmark trial. The production of a unique crop of “false flax” camelina – one spliced with genes capable of producing omega-3 fatty acids normally found only in fish – has been hailed as a milestone in the country’s journey towards the creation of GM food.

For China, it didn’t have to be this way. For more than two decades, with government support, Chinese scientists have been frontrunners in researching and developing genetically modified organisms (GMOs). The country has become a global leader in agro-biotechnology, driven by the inescapable need to feed a population of 1.3 billion and by a concomitant determination to increase yields, improve nutrition, ensure food security and tackle the problems caused by pests, diseases and pollution.

Now, the head start it enjoyed over many nations has been eroded. Where once there was significant momentum, progress is slowing to an agonised crawl. Scientists who were formerly championed as trailblazers are now habitually condemned as agents of a foreign power. How did this happen?

China was actually more cautious than most in embracing genetically modified foods. It issued its first regulations on genetic engineering in 1993, and three years later it followed up with detailed measures on the implementation of biosafety in researching, testing and commercialising agricultural GMOs. In 2001 a high-level State Council regulation established an administrative office for agricultural GMOs, which draws policymakers and experts from across ten government agencies.

GM crops have to pass a five-stage process leading to biosafety certification. This requires evaluation in a laboratory setting and during various phases of field testing. Crops have to undergo internationally accepted risk-assessment procedures and are also benchmarked against their non-GM counterparts. It is a commendably thorough protocol – one intended to balance advances in research with broader concerns of both scientists and others.

Five years ago, with considerable fanfare, the process culminated in the Chinese government granting biosafety certification to GM rice – at least for research purposes. Unlike the US and Iran, which stopped short of commercialisation, China was widely expected to soon put GM rice on the country’s dining tables.

Those very same biosafety certificates have now expired. It will be interesting to see what – if anything – happens now, not least in light of the agriculture ministry’s recent pledge that the illegal growth or sale of any GM grains will be met with “zero tolerance” and “harsh punishments”. In any event, what is becoming ever clearer is that China’s enthusiasm for GM food, in direct contradiction to that of many of its economic rivals, continues to wane.

Given their respective trajectories in this regard, it is tempting to ask what a nation like the UK has that China doesn’t. It would be fanciful in the extreme to suggest the regulatory environment is conspicuously slacker; it would also be unrealistic to claim the UK’s needs are somehow more pressing. We would perhaps be better served by reversing the question and asking what China has that the UK doesn’t; and the answer is an anti-GM movement whose power and influence are more than matched by its fervour and sheer, undiluted paranoia.

The debate over GM food has been aired around the world. Often it has been one of science versus emotion and even politics. But nowhere have the arguments against been more outrageous – or, almost incredibly, more successful – than in China, where the gainsaying has now even descended into a very public slanging match between the agriculture ministry and the army.

In the eyes of its Chinese opponents – whose ranks include Major General Peng Guangqian, who also happens to be deputy secretary general of the National Security Policy Committee – GM food is not merely a cause of cancer and a source of infertility. It is also a grand Western scheme. It is a monumental, supremely devious plot to annihilate the Chinese and other people of colour. It has been created by Monsanto, an American firm, with the backing of the Pentagon and leading private foundations in the US, to control the global food chain.

Some critics seek to extend this extraordinary warped logic. They contend that many of the Chinese scientists who have worked on GM rice are American-educated; that they must therefore be in league with the architects of the aforementioned plot; that they must therefore be dedicated to undermining China’s national interests and security; and that they must therefore be – to quote one enraged blogger – “traitors and lackeys”. Thus a recent China Central Television investigation screened late last month saw fit to implicate Professor Zhang Qifa, of Huazhong Agricultural University, in an alleged conspiracy to spread the strains of GM rice developed in his laboratory.

It might be ludicrous, but it is effective. Irrational pronouncements have been deemed to carry more weight than empirical evidence. Anti-Western sentiment has been judged more convincing than a raft of studies endorsing the merits of agro-biotechnology. Government support for GM food is dwindling fast, and it seems safe to say that the opportunity to commercialise GM rice – and with it the chance to help address some of China’s most urgent problems – is all but gone. You do not have to be a scientist to see that reason has suffered a crushing defeat.

Cong Cao’s research on GM crops has been supported by a grant from the US National Science Foundation. 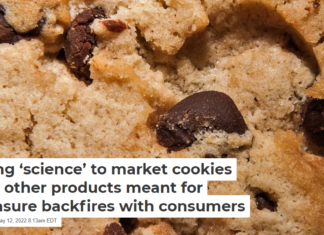 Are you lonesome tonight? Why we, like Elvis, turn to food...