By Vanessa Harbour, The University of Winchester

Irvine Welsh’s 1993 novel Trainspotting tells the fictional story of a group of disaffected, heroin-addicted young men (and one violent drunk) in Leith, Edinburgh, and the gritty, dirty, terrifying – and at times humorous – paths that addiction takes them. Kenneth Calman, the UK’s former chief medical officer, recently told a literary festival that patients and doctors could learn more about drug addiction (and HIV) from the depictions in this book and others like it.

Calman spoke about “stories being contagious” and suggested that often novels were more authoritative than the professionals. While he isn’t necessarily wrong, I do have some concerns about his ideas – the main one being his implication that stories should have messages.

The moment you start trying to get a “message” into a story it becomes didactic and the reader switches off. So if you are writing with the aim of saving teenage readers, forget it, it just becomes a diatribe, a lecture – the very thing Calman himself says doesn’t work. Authors write because they have a good story to tell and if that good story happens to involve contentious issues such as drugs, so be it.

Told well and researched effectively the writer will put a narrative on the page that will allow readers to come to the text and ask questions of it and themselves. How would they react in that situation? What would they do? Would they take it? All within the safety of a world where they can live the experience vicariously. In this sense it can enlighten or elucidate but not teach or cover a curricula on its own.

Authors, when writing realist novels, reflect the world they are living in or a variation of it. The focus of my PhD research was British realist young adult fiction (YAF) until 2010. It started with Melvin Burgess’s Junk (or Smack in the US) in 1996, which was perceived to be the first book in this genre that dealt openly and graphically with drugs.

From cannabis to cocaine

British books tend to tell stories which, if they include drugs, are more than likely to contain cannabis, volatile substance abuse, cocaine and ecstasy, with heroin being the ultimate violation within the story line. In my research I found that where in the past, a character might use cannabis to indicate they were into drugs, the touchstone substance later changed to cocaine. I also found that it became increasingly part of the plot – a bit like alcohol – which is a whole other story.

Some may suggest this shift could reflect a rise in drug use but I disagree (and the health statistics at the time backed me up – it’s more likely that it reflects an increase in drug knowledge). This would tie in with Calman’s idea that novels are authoritative, though I think I prefer Foucault’s idea that a writer should step aside, allowing the text to survive as a witness rather than an authority. Novels then can provide one source of that knowledge rather than a manual to life.

None of the books I have ever read have glamorised drug use. They always portrayed it in its brutal and ugly truth. Most readers of young adult fiction can cope with anything, according to Burgess, as long as it is put into context. Again this comes back to creating the best story possible and not putting something in just for shock value.

In Noel Clarke’s 2006 film Kidulthood, there is a powerful moment where in exchange for various oral sexual acts, some girls are given drugs, not so that they can be consumed, but so that they can be sold in order for the girls to fund a shopping expedition. Shock value – yes. And unfortunately also a reality. But it was all relevant to the story. There was no message. It was telling the world how it might be, and is for some people.

As I have written elsewhere with Andrew Melrose, any parent who thinks their teenagers will not come across drugs is delusional. Drug users come from all walks of life and within all environments. Young adult fiction is a safe place for them to explore it.

Diane Hodge was also perfectly right when she wrote on The Conversation that novels that deal with social and personal problems bring them into focus for young people and gives them a chance to talk and think about them. We need to remember, and perhaps this is what Calman’s point is really about, and as Susan Sontag said: “Books are much more. They are a way of being fully human.”

Books – and stories, including those told in film – are a way of working out who we are and just as importantly who we are not within society and offer us opportunities to consider how we would deal with contentious issues such as drugs. To make authors into the health experts misses the point.

Vanessa Harbour does not work for, consult to, own shares in or receive funding from any company or organisation that would benefit from this article, and has no relevant affiliations. 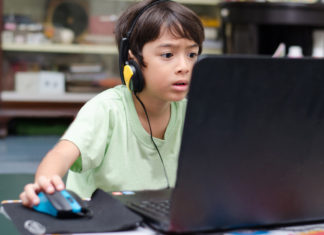 Staff Writer - October 14, 2014
By Pia Sundqvist, Karlstads University and Liss Kerstin Sylvén, University of Gothenburg, Sweden An hour of homework or an hour of World of Warcraft? It’s...

A grim year for the smartphone: 5 essential reads